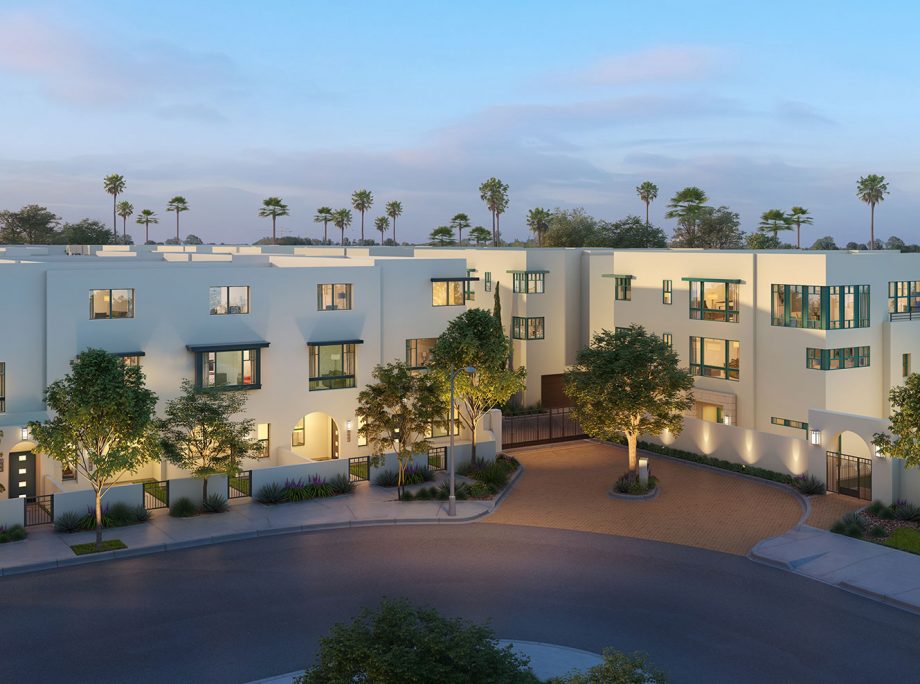 A block east of Metro’s Expo/Crenshaw Station, construction is underway for a new development of townhome-style condominiums.

The Expo Walk development, which is being built by Olson Homes, will consist of 78 residential units in 15 separate buildings.  Plans call for a mix of two- and three-bedroom floor plans ranging between 1,752 and 2,116 square feet in size.

Sales prices are expected to start in the low $700,000s, according to an official project website.

A grand opening of the first units is scheduled for August.

Across the Expo Line tracks from the project site, Olson Homes has previously filed plans to construct similar developments on two industrial properties.  Some of the land has since been sold to The Luzzatto Company, which plans to build a new headquarters for the restaurant chain Sweetgreen.

Other developments planned near Expo/Crenshaw Station include Crenshaw Crossing, which would create housing and retail on properties owned by Metro and Los Angeles County.