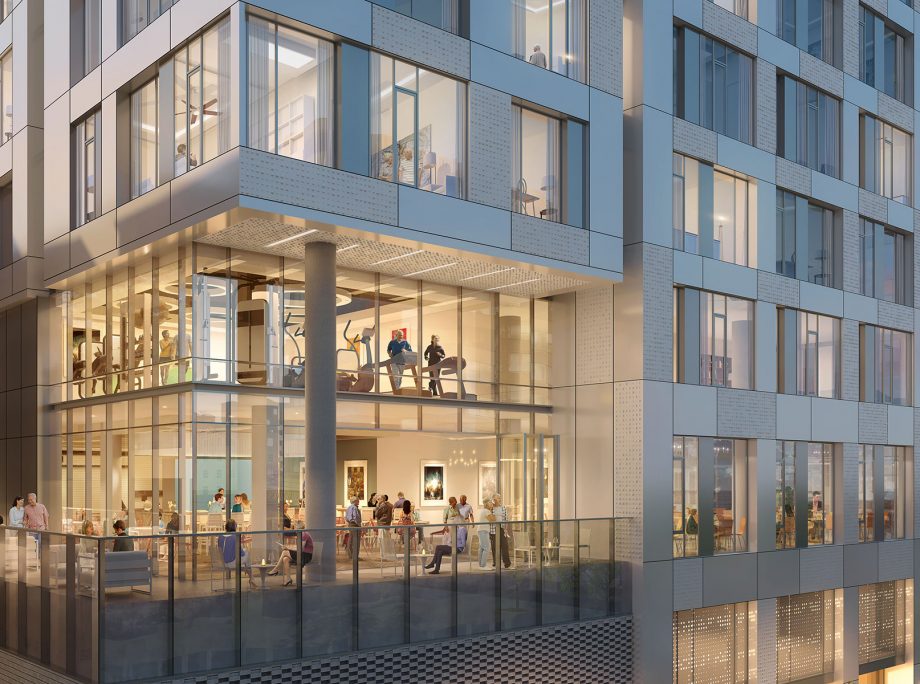 When it comes to the housing conversation, what type of housing and where it goes is imperative because we’re in a crisis.

Which is why it is not only refreshing but exciting to see a dense, contemporary housing development geared toward providing assisted living to our seniors attempting to go up in DTLB on what remains a small surface parking lot.

Reminder: this is just a proposal that has yet to be entitled by facing the Planning Commission let alone approved by City Council.

The 10-story proposal—with two stories created on rooftop for larger units—at 810 Pine Ave. will be home to 78 units on a plot that is only a third of an acre, creating a dense development that will have definitively lowered costs for its 300 to 600 sq. ft. units.

Additionally, 70 parking spaces will be attached to the building.

Perhaps most refreshing is the fact that the design is one of the more welcoming proposals (especially considering the recent slew  of  other  developments  that  lack  both boldness and interest).

“This new senior community is planned so residents have vibrant common living areas that combine with the retreat of private rooms to make a home,” KTGY wrote in a statement. “The walkable neighborhood and its location next to the Los Angeles Metro’s Blue Line connects residents to Downtown Los Angeles and the greater region.”