Once known as the “Queen of Spring Street” 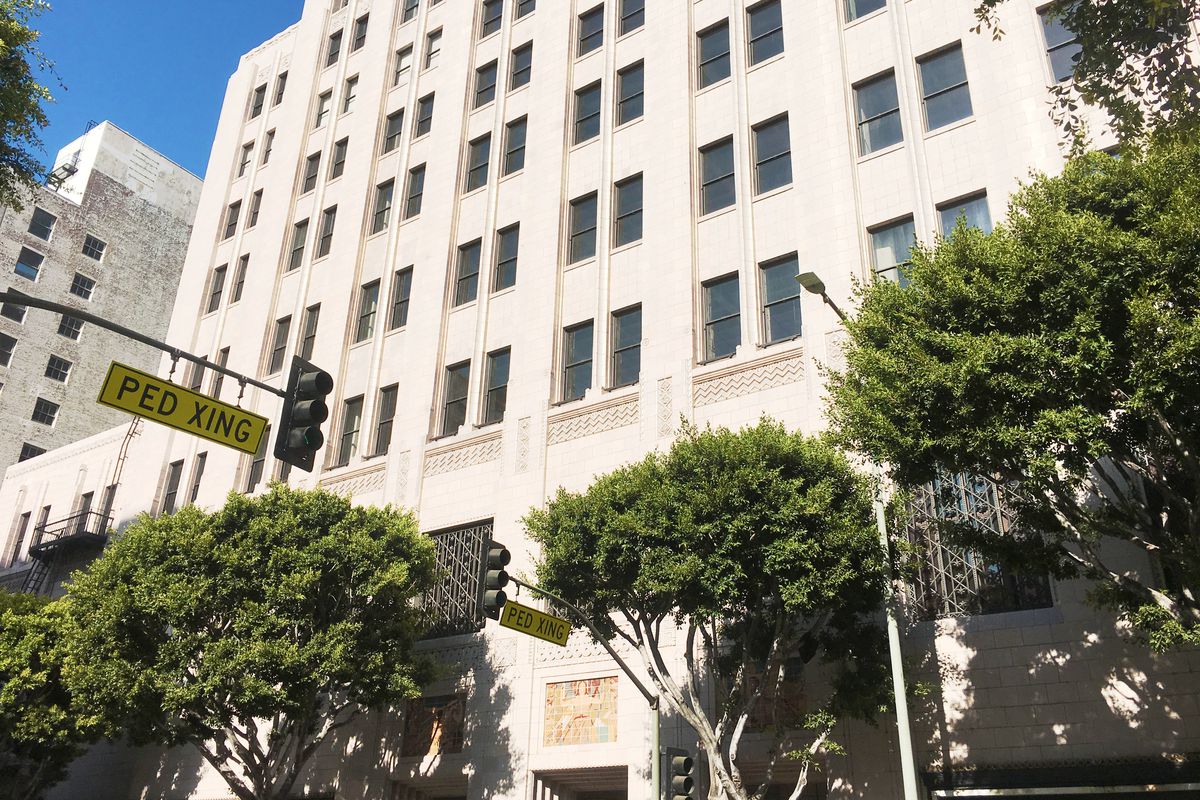 When Title Insurance and Trust Co. opened the elaborately carved bronze doors to its Spring Street headquarters in 1928, customers first passed through a dramatic vestibule layered with show-stopping details.

It wasn’t just the entrance. The terra cotta-clad fortress was softened with gilded showcases of craftsmanship, inside and out: hand-painted gold leaf stenciling, tile murals designed by Hugo Ballin, inlaid marble floors, all in motifs and patterns incorporating flowers, zigzags, and diamonds—“every shape at their disposal,” says architectural historian Katie Horak.

But Downtown’s luster eventually diminished, and in 1977, the bank relocated west. For the past 25 years, the Art Deco monument has sat empty, save for film shoots (the former second-story banking hall filled in as the stock exchange floor in the Dark Knight Rises). Now, with gobs of money pouring into Downtown once more, the “Queen of Spring Street” is regaining her crown.

“It’s up there with the best Art Deco buildings in Los Angeles,” says Horak, a principal with Architectural Resources Group. 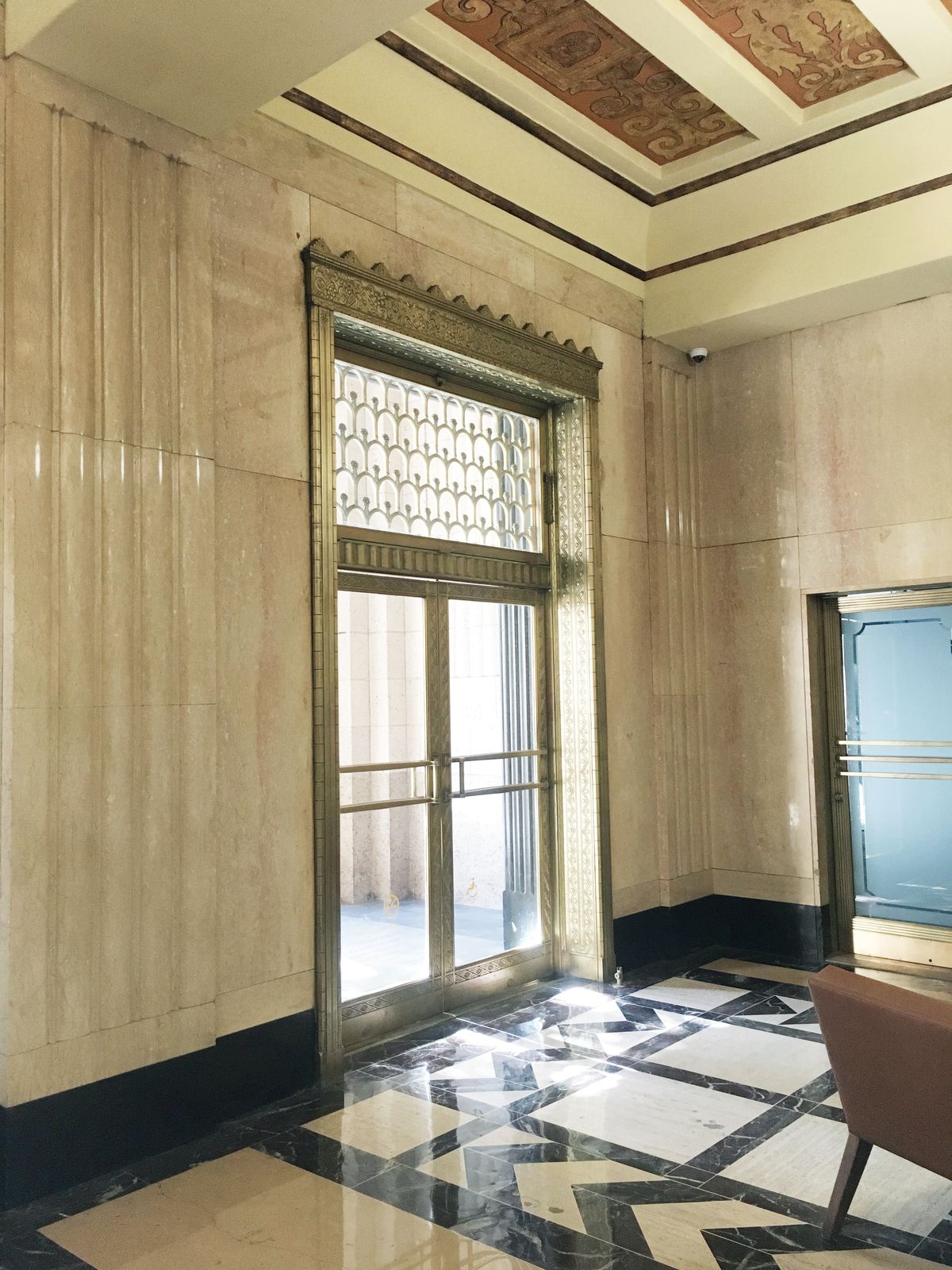 In the lobby, the recessed ceilings were painstakingly repainted in their original designs. 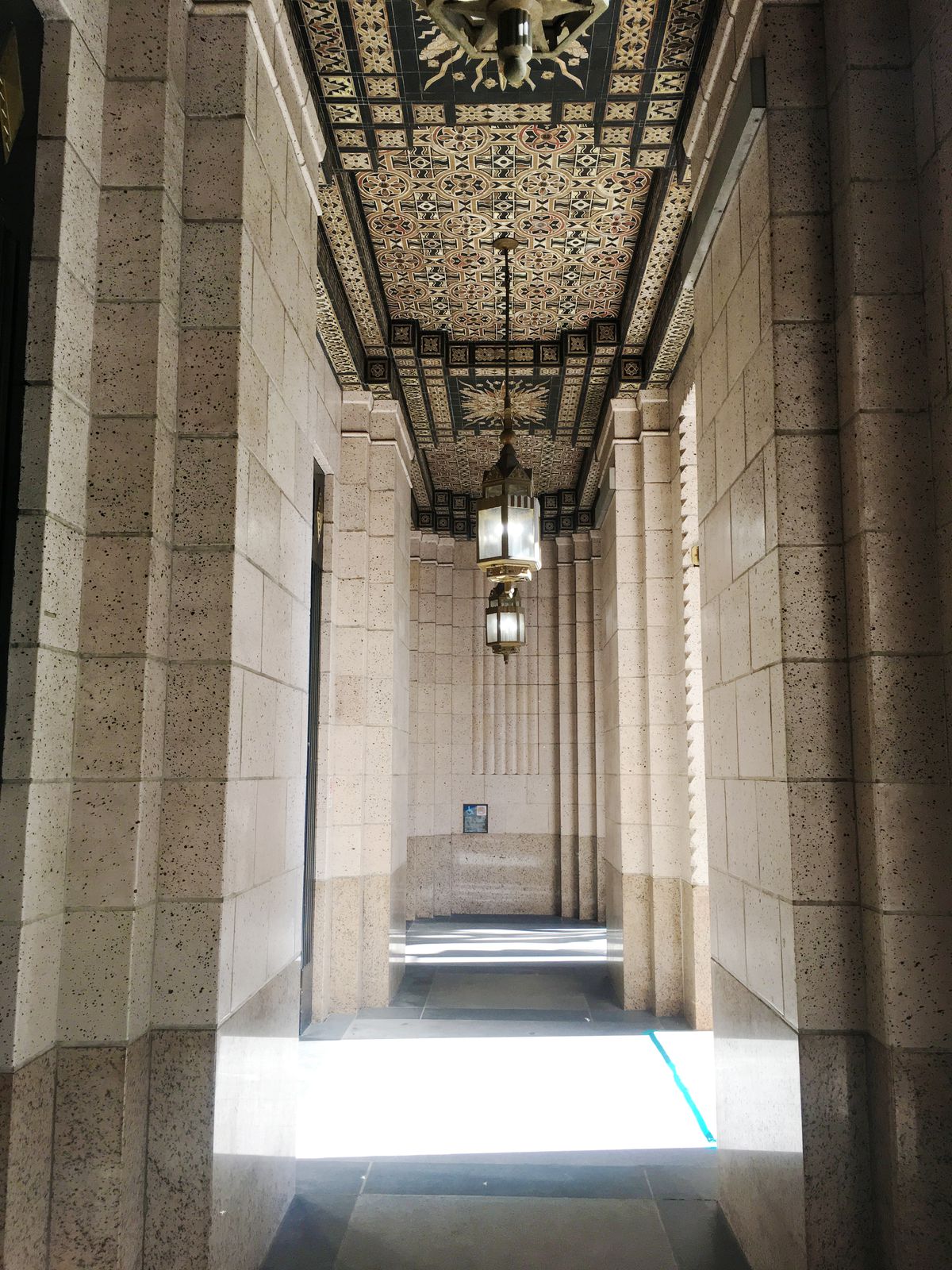 The dramatic vestibule, featuring stepped-back entryways with zig-zag edges and a gold and black tray ceiling. 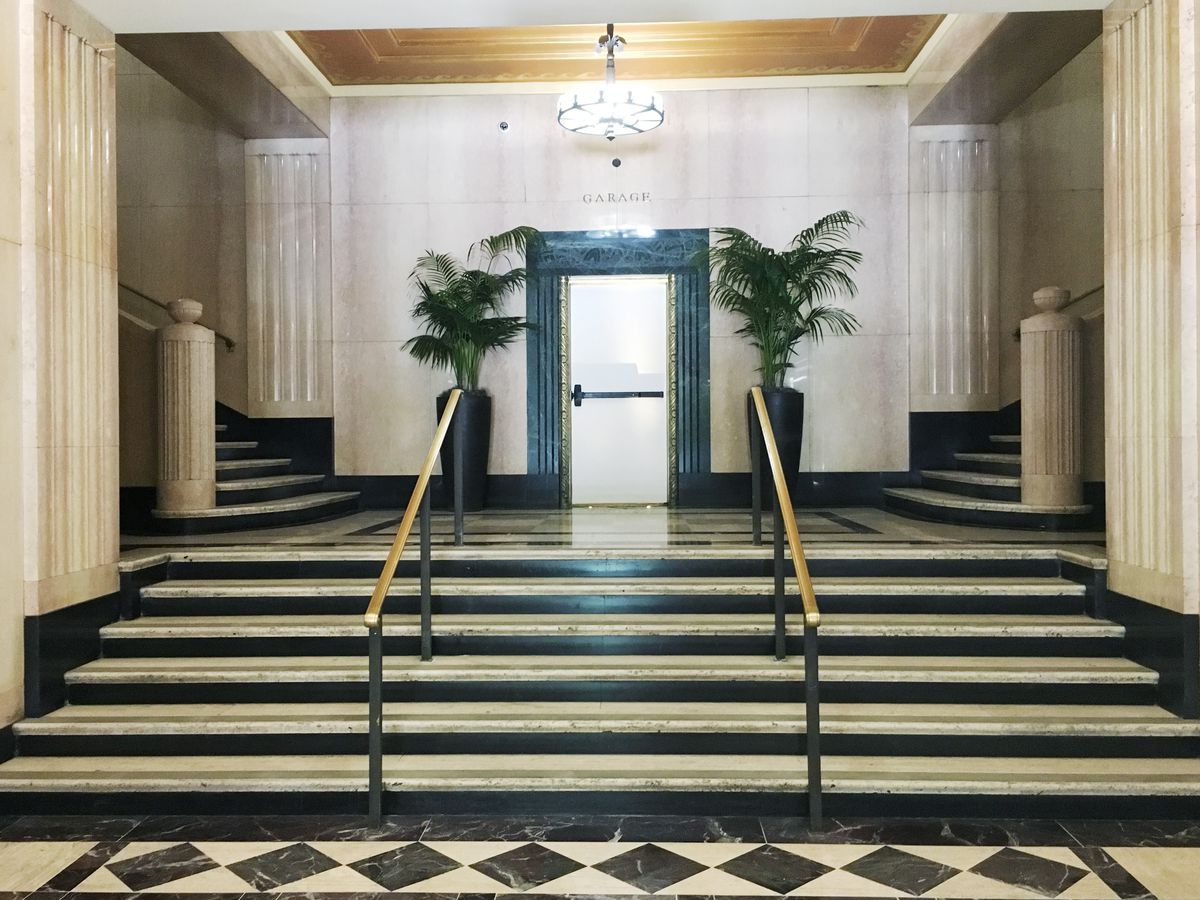 The lobby is almost entirely original to 1928.

The firm worked with Rising Realty Partners and Lionstone Investments to restore the building’s period finishes and turn its upper stories into contemporary offices that are being marketed to creative industries.

Companies are slowing signing leases, including KTGY Architecture and Planning, which plans to move into the building at 433 South Spring Street next year.

This week, Eater LA reported that celebrity chef Curtis Stone will open a 4,000-square-foot restaurant in the historic landmark. That, along with a potential rooftop bar and street-level coffee shop, will give the public an opportunity to gawk at the newly restored lobby.

At the Trust building, visitors will pass through that still-exquisite vestibule to get to the lobby, which is one of the most decorated spaces in the 12-story structure. Restoration specialists carefully repainted the ceiling artwork—including slogans that had been covered up—reconstructed original chandeliers that had gone missing, uncovered and reinstalled a door with a scalloped grill that had been stowed away, and buffed the black and ivory marble floors.

“Can you imagine trying to do that now?” Adam Lev, who previously managed part of the restoration, says of all of the original detailing. Architects would want to, he said, but to save costs, building owners would most certainly say no.