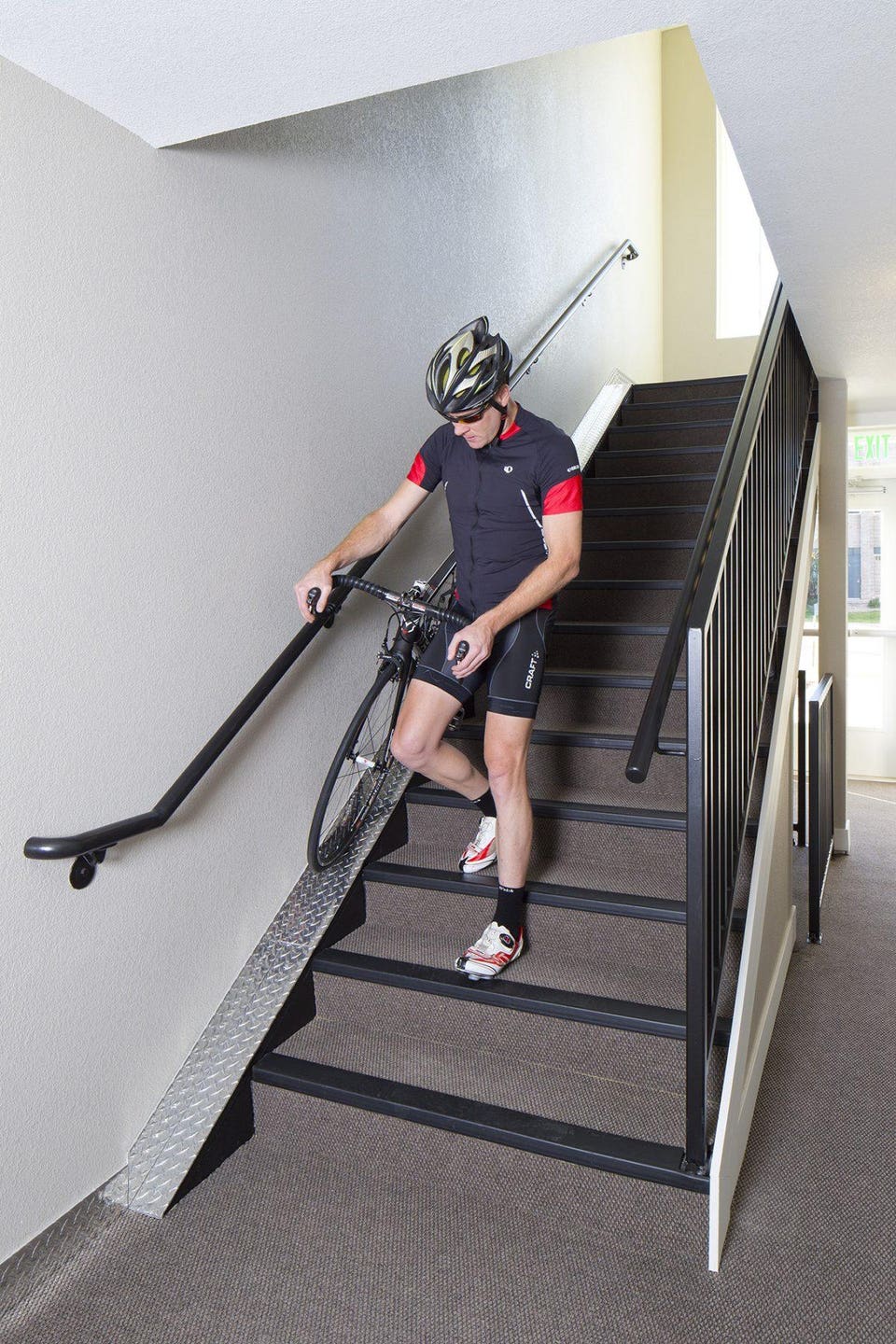 In the executive offices of the multifamily industry, wheels are ever turning on ways to convince renters to choose one apartment building over another. Little wonder why many companies are looking to design and develop rental properties that make it easy for residents to own, store, service and ride their bicycles. After all, it appears bicycle ridership is soaring in the very highly-sought urban areas that are also hotbeds of renting. Putting apartments and bicycles together may be a way to shift leasing rates into a higher gear.

In its recently released City Rankings, PeopleForBikes characterized U.S. cities as having attained “adolescence” in bicycling “know-how.” If further biking maturation of cities is to take place, some have suggested multifamily architects and developers have a major role to play.

At Chicago’s Spoke Apartments, developer Morgan Bond Company has heeded the call. The apartment community is just a few wheel rotations from what many Windy City livers term the “Hipster Highway” of Milwaukee Avenue. That diagonal thoroughfare riding southeast into the Loop downtown district is among the heaviest-biked corridors in Chicago. But it’s not just Spoke Apartments’ name and location that appeals to bicyclists. It’s also the fact that bike owners have access to more than 350 bike parking spaces – virtual unit-space parity – as well as Deco racks and a “bike kitchen” where they can keep two-wheelers in top shape.

“Having bike-friendly amenities demonstrates our desire to support residents’ lifestyles, whether it’s making it easy for them to come and go from the building with our separate bike entry or offering them a space to take care of their ride in our bike storage and repair area,” said Rob Bond, president of Bond Companies, which with Morgan Holdings was part of the Morgan Bond Joint Venture.

The city’s Fifield Realty Corp. is among the biggest celebrants of biking as a lifestyle. The company’s NEXT, in the River North neighborhood, includes a bike kitchen featuring vending machines dispensing tubes, patch kits and other accessories. Specialized enclosed storage is available for those with very high-end bikes.

Not far away, The Sinclair, Fifield’s newest luxury apartment tower, offers these same cyclist-focused touches, as well as multi-floor bicycle storage that can be accessed from the resident parking garage. This extra enables residents to deliver their bikes up the expansive garage elevator as opposed to the residential tower elevators.

“In an urban market like Chicago, most new multifamily construction is ‘bike friendly,’ with bike storage and bike repair stations,” said Lindsey Senn, vice president at Fifield Companies. “We’ve differentiated by providing unique amenities such as a bike-share station that’s located adjacent to the entrance of the building, making for a quick commute to the office, along with a complimentary one-year membership to the bike-share program.

“We’ve also created a bike membership club within the building, which provides exclusive storage and annual tune-ups. When a cycling enthusiast is looking to rent, we find these types of unique offerings give our buildings an edge against the competition.”

“Gear closets” feature a grid with hooks that permit the hanging of bicycles, skis and other recreational gear. Part of all the buildings are bike rails, also known as “runnels,” which enable residents to more conveniently push their bikes up the stairs to their apartments.

“A bike-friendly apartment community is essential in a cyclist’s paradise like Boulder, where cars and parking are discouraged and alternative means of transportation are encouraged,” said Terry Willis, principal of the Denver office of KTGY Architecture + Planning. “Boulder is one of the top cycling cities in the U.S., and Boulder’s love affair with the bicycle has spawned a robust biking culture that must be accommodated in both amenities and material choices. The renting population demands it.”