David Senden – Catering to the Renters of Tomorrow

How will the next generation of apartments define luxury? 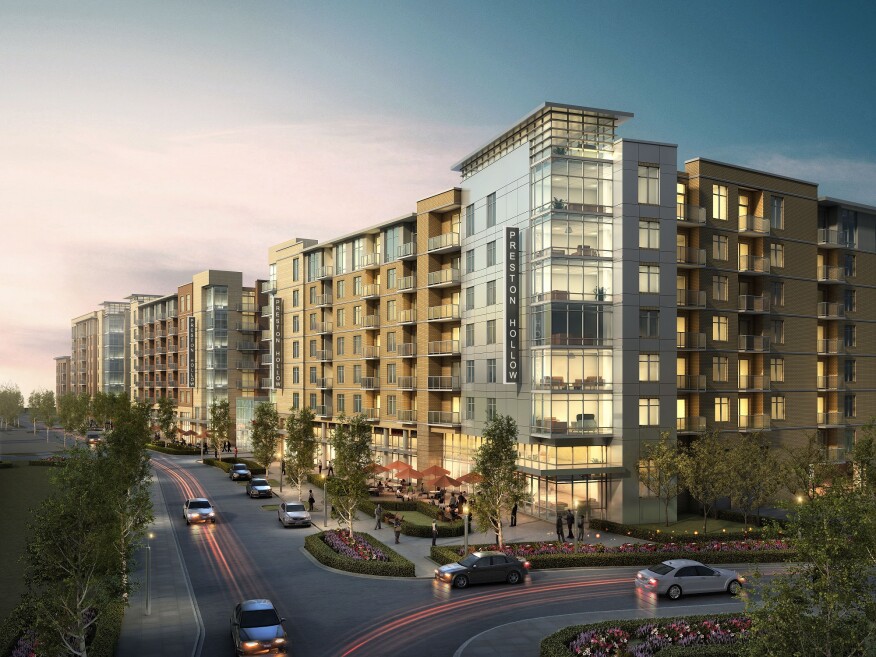 When High Rise, a 1975 novel by J.G. Ballard, was reinterpreted last summer as a movie, it was met with mixed reviews.

The story paints a grim picture of life in a futuristic (as envisioned in the 1970s), 40-story, luxury apartment building. The high-rise in this chilling thriller provides so many conveniences, there’s little reason to leave the property. Eventually, its residents become isolated from the outside world and each other, leading to disturbing events.

Fast-forward to 2016. Brutalist architecture is back. Swimming pools are moving up to the tree-line level for better views and more sunlight. We’re still in love with high-rises—and the more amenities the better—but the definition of luxury is changing as renters place ever more value on walkable neighborhoods and proximity to eateries, nightlife, and shopping.

“We didn’t used to cater to a particular age group, but millennials are very demanding. They’re very social creatures,” says Scott Ziegler, AIA, principal in charge of Living Place Studio at Ziegler Cooper Architects, in Houston. “If a developer is really shrewd and smart, they’re looking for a geographic location that’s in a social hub of these people’s lives.”

The next generation of apartments will see a furthering of resort-style amenities that encourage a sense of community. Just as a barista bar is an ideal early-morning gathering place for residents, tomorrow’s standard amenity package will likewise be aimed at fostering interaction.

“Sports lounges, music jam rooms, experimental kitchens, swim-up bars and soaking ledges are just some of the ideas we’re pursuing,” says Ziegler. “Millennials will pay more in rent to have the amenity package or will downsize their unit size [to studio or micro] to be able to afford the amenities.”

According to Ziegler, this trend demands more common-area square footage: For instance, as online shopping continues to grow, even more square footage will be needed for package rooms. But it certainly doesn’t end with parcels.

“Of course, we must also continue to engage the dog and bike revolution, which is really driving a lot of design decisions,” adds Ziegler. “Cities are giving credits to developers who reduce parking spaces by providing bike racks. It’s pretty incredible. Some cities are more progressive than others. Some cities are trying to catch up.”

There are many moving parts in catering to the renters of tomorrow, as demographic demand drivers continue to reshape the map. To Mark Humphreys, CEO of Dallas-based Humphreys & Partners Architects, the inflow of renters today isn’t just about millennials—once you factor in baby boomers and Gen Z, it’s a whole new ballgame.

“This is the first time in U.S. history that the two largest generations are going after the same market; oftentimes, their children are living in the same urban area,” says Humphreys. “We’re shooting for all demographics: Gen Z, millennials, and baby boomers. Right now, this is our biggest challenge and greatest opportunity.

“Most developers are making the mistake of only designing for millennials and they’re missing a huge market,” he adds. Another emerging market is the growing number of young families who want to stay in the city.

Interestingly, Humphreys is finding that a high percentage of baby boomers are divorcing as they become empty-nesters. This uncoupling creates two households and additional opportunities. Whether newly single or married, baby boomers are demanding high-end amenities and appliances, large closets and large master bathrooms, chef’s kitchens with gas-powered stove tops, and balconies large enough for outdoor dining and even an L-shaped sectional.

When Humphreys started installing electric car-charging stations in 2007, he had developers tell him they weren’t needed.

“Now,” he says, “residents are fighting over the limited number of charging stations available.”

In his view, the industry needs to be talking sooner, rather than later, about drone delivery stations, batteries that power homes, solar panels, and the benefits of carbon fiber.

“The younger group of millennials—fresh out of college—are extremely interested in micro units,” says Humphreys. “But we’re seeing a very high turnover rate in these types of units, and turnover costs are expensive.”

The youngest millennials are providing clues about the next wave of renters, as the oldest members of Gen Z—born in the mid-1990s—begin to age into the rental pool.

“Gen Z seems much more conscious about affordability,” says David Senden, principal of the board of directors at Irvine, Calif.–based architecture firm KTGY. “We’re seeing a student housing and market-rate mind-set starting to come together a little bit.”

KTGY is working on a project now that has 10 micro units around a common kitchen and living/hangout space. The micro unit itself is quite tiny, just a couple hundred square feet.

“Imagine the smallest hotel room you’ve ever been in,” says Senden. “You have your own bathroom and you maybe have room for your own fridge under the counter or a little kitchenette. If you have anybody coming to visit you, you’re hanging out in that common space.”

Jamie Gorski, chief marketing officer at Greenbelt, Md.–based Bozzuto Group, stays abreast of next-generation apartment needs by keeping an eye on disruptors like WeWork, which has entered the housing market with its own brand of WeLive apartment communities in New York and D.C., with another one planned for New Jersey.

“You can rent by the day, the week, the month—whatever you like,” she says. “This is different. I’m excited about that.”

According to Gorski, the WeLive finishes aren’t high end, but it doesn’t matter because residents are buying into that way of living. You have to use their laundry and go to the communal kitchen to cook.

“But they make it so fun. They even have a great app where you can buzz the whole building to say, ‘Hey, I just made chocolate chip cookies, come down and have some.’ The pantry is stocked so you can just go down and make yourself something.”

AvalonBay Communities, based in Arlington, Va., is also taking cues from on-demand services and sharing-economy players like Zipcar, Airbnb, Bikeshare, WeWork, and WeLive.

“We’re seeing a genuine interest in sustainable living as well as online shopping and delivery for everything,” says Kurt Conway, senior vice president, brand strategy and marketing, for AvalonBay. “A desire for a truer work–life balance, further integration between work and social, and the expectation of instant gratification are all likely going to be more important for this generation.”

According to Conway, the continuing advances in student housing set new expectations for renters as they look for their first apartment, causing developers to think of the apartment unit, amenities, and services differently.

AvalonBay has been out in front of this trend for years now. The company caused something of a sensation when it began rolling out its forward-thinking AVA brand, aimed at millennials, in 2012.

“AVA is more than an apartment community—it’s an attitude about living,” explains Conway. “While the apartments may be smaller in size, we’ve designed a number of features so the apartments live large, whether that’s sliding doors between rooms, offering seamless hard-surface flooring throughout, providing egalitarian bedrooms and bathrooms to facilitate ‘separate but equal’ roommate living.”

AvalonBay continues to engineer layouts, fixtures, and finishes based on the continuous feedback it solicits from its residents and the broader market at large.

“Our regional development teams play a big role in keeping AVA current,” says Conway. “AVA Brew, an adjacent coffee place at our recently opened AVA DoBro in Brooklyn, N.Y., is an example of a recent innovation.” 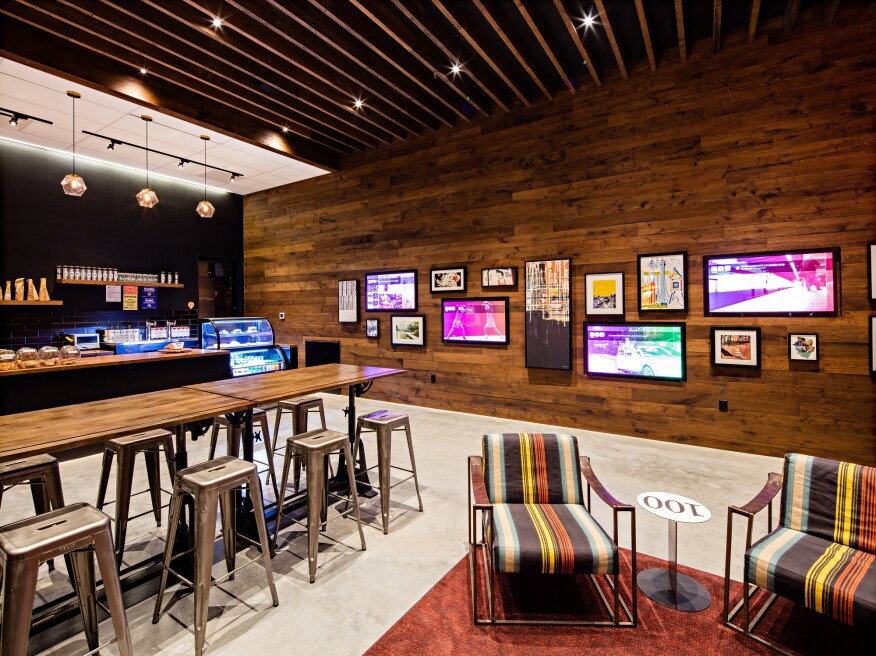 Make It Awesome
Many urban living concepts can be similarly adapted to the suburbs, as more renters crave that urban feel in the outskirts of town. In the best-case scenario, the neighborhood itself provides ample amenities.

For the majority of renters, nothing beats the convenience of having a supermarket nearby. And Ziegler Cooper is on the front lines of this trend, building apartments on top of grocery stores.

“In one project,” says Ziegler, “we have direct access from the apartment level to the Whole Foods so no delivery service is needed.”

Mixed-use, then, becomes another amenity opportunity. Bozzuto, for instance, has a retail marketing division and a vice president of retail with a marketing team behind him so its retailers can be successful.

“Almost everything we’re doing today is mixed-use,” says Gorski. “You really need to integrate the retail from the start. That needs to be a big part of the branding and the marketing—not an afterthought.”

The industry is also discovering that there are many ways to define luxury, taking cues from the hospitality industry as the amenities arms race continues to up the ante.

Smart Stuff
As the smart-home industry continues to mature, industry watchers are excited about how it will play out in apartments. Gorski, for instance, recently visited the Target smart-home store concept in San Francisco and was fired up by what she saw.

“I don’t see anyone [in the apartment sector] doing a perfect job yet in that space, but it’s so doable. Nest is trying to work with us in apartments. I like the sexiness of that brand. They have the smoke detectors, the security cameras; they have their thermostat—of course—but, also, you can connect to your Fitbit and when it sees that you’re getting up, it automatically adjusts the temperature in the living room.”

Rolling out smart-apartment services over a portfolio is a good thing. Having a strong brand in the marketplace is essential. But producing cookie-cutter apartment communities is no longer a sustainable strategy.

“Apartments should be authentic and have the local flavor related to that neighborhood,” says Gorski, who notes that in its quest for authenticity, Hilton is hiring local interior designers to do each hotel in its Canopy brand.

“It’s a good lesson for us [in the apartment industry] to go beyond just producing the same billiard room, the same media room again and again,” she says.