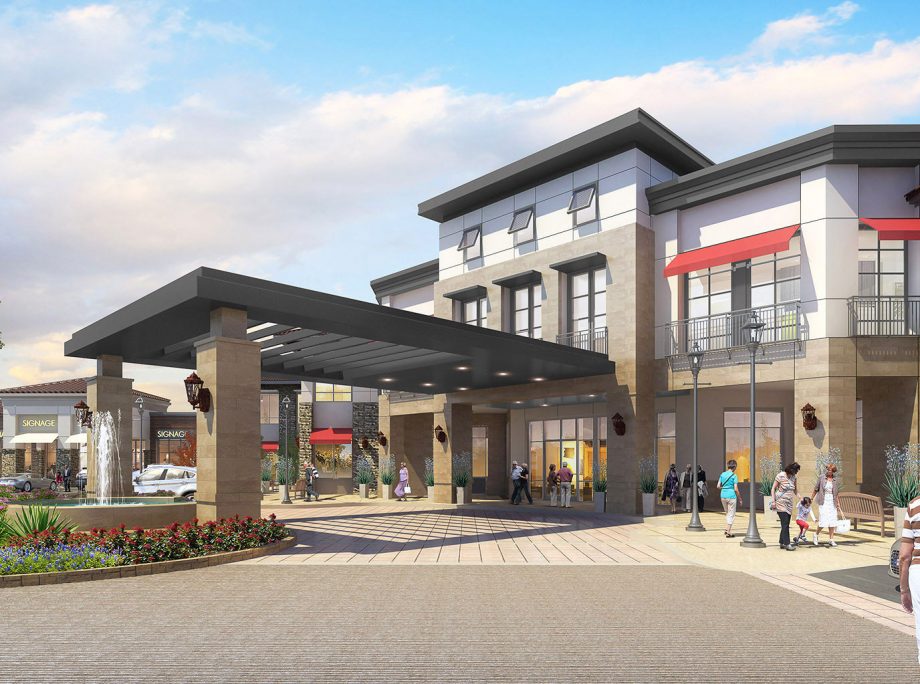 Griffin Plaza – Manny Gonzalez – How to Design for the Middle Market

The seniors housing industry is scrambling to rewrite its playbook to serve middle-income seniors.

To prepare a product that will meet the rising demand of the remaining 70 percent of middle-class Baby Boomers, architects are beginning to explore ideas that might provide solutions.

“Everyone recognizes that middle-income seniors housing is a necessary market,” says Gonzalez. “Where is that next target for development? No one has figured that out. There is no financial model yet that supports it. So today, we are talking about strategies we can influence to make this happen.”

“Unfortunately, the costs of construction do not bend downward much — certainly not proportionately — to reach the needs of the low and low-middle income seniors,” adds David Dillard, principal of D2 Architecture.

While Gonzalez says there is a shortage of service-enriched communities to illustrate a successful model of middle-income housing, a few projects and concepts that have cropped up that may be leading the charge. One such project currently under development is Griffin Plaza in Simi Valley, Calif. Shaving off square footage is a cost-cutting-101 strategy. So Griffin Plaza is located within an existing shopping center in order to fill in services sacrificed as a result of designing smaller.

“After you make the most use of the physical space you do have, you then don’t need to provide everything within your community,” says Gonzalez. “If you are physically located next to a market, for example, you no longer need to provide that service.”

The community will offer 72 beds of assisted living and 30 beds of memory care surrounded by 93,000 square feet of retail. The completion date has not yet been announced.

According to KTGY, the project was designed to challenge the traditional siting of assisted living and memory care projects.

“If you can partner with the neighborhood facilities that are adjacent, then it takes the demand out of your facility,” says Gonzalez. “And the reality is that as people retire, many no longer want to necessarily live with only seniors.”

Not only do seniors often want to be around younger people, they also are increasingly seeking similar living environments as Millennials.

A Place For Mom, a website that helps visitors find private-pay independent living, assisted living or seniors apartments, released a survey of 1,000 of its consumers in July 2017. The results revealed that walkability is the most important quality for 53 percent of senior apartment consumers. More than one-third of independent living consumers and more than one-quarter of assisted living consumers also showed a strong preference for walkable environments.

According to the study, these findings will present opportunities for developers to accommodate all generations when developing sustainable, mixed-use, dense communities in both urban and suburban areas.

“I believe the Griffin Plaza project exemplifies ways in which the industry is preparing itself for middle-income seniors housing,” says Gonzalez. “It is a very current example of how people are starting to answer the question: What will this type of community look like?”

The concept of Centers for Healthy Living (CHL) is taking the idea of partnerships with existing businesses and connections to cityscapes a step further.

CHL is an innovative building type that design and architecture firm Perkins Eastman has been researching and building for the past 16 years. They are often standalone facilities designed and built around eight dimensions of wellness: emotional, environmental, financial, intellectual, occupational, physical, social and spiritual.

These facilities typically have no standard housing, instead offering spaces and services for fitness; outdoor activities; physical therapy; spa services, such as massage and barber; a café; and flex spaces for classes.

Up until now, Perkins Eastman has designed CHLs to be located within a larger continuing care retirement community (CCRC) campus. But the firm says it is receiving inquiries from municipalities that are considering a CHL to be part of a municipality’s service offerings for all seniors.

Perkins Eastman has delivered CHLs into CCRC campuses for Moorings Park in Naples, Fla.; Spring Lake Village in Santa Rosa, Calif.; Rockwood Retirement’s The Summit in Spokane, Wash.; and NewBridge on the Charles in Dedham, Mass., to name a few.

The CHL would take enough of a programmatic strain away from seniors communities that rents could decrease to levels affordable to middle-class seniors. This type of configuration would also support the growing preference to integrate with all ages.

“Seniors housing used to be built in the exurbs so it could be a self-contained community that was removed from the city,” she says. “Now people want to be more urban, more connected, and that opens up a huge opportunity for centers for healthy living.”

“It is a very small percentage of the population that can pay for the real estate of an apartment like that, and for all those ancillary services,” says Daniel Cinelli, Perkins Eastman principal.

“If you want to target the mid-market [segment], you can’t afford to give them all those bells and whistles. One solution is to build middle-income housing near a shopping mall or lifestyle center and then offer a center for healthy living that is serving the broader senior population. That’s real estate you can afford to move into.”

CHLs are also mirroring the evolution of lifestyles and social structures. Many people are staying much more active into old age, and are hoping to shift the healthcare model to be more focused on strengthening preventive efforts — prioritizing proactive care over reactive care.

“The early adapters are looking at this paradigm for successful aging in which they’re exploring how to maximize physical and cognitive ability and helping seniors stay engaged, so they don’t feel isolated or depressed,” says Cinelli.

“I feel this is a strong opportunity for the middle market,” says Dickey. “If access to the center for healthy living, with all its varied components, is more affordable, the cost of developing a senior facility drops way down.”