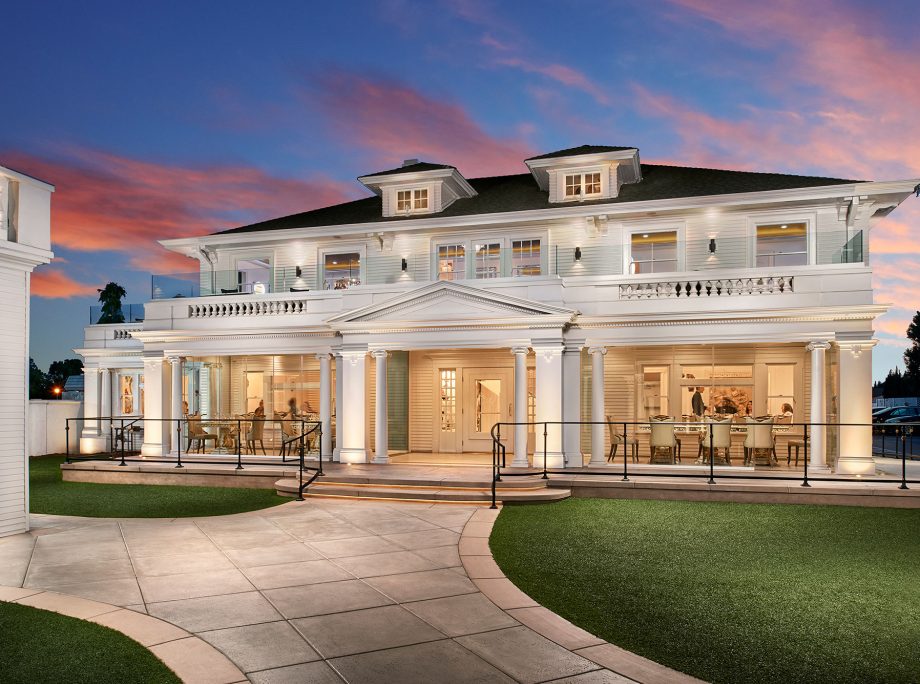 The return of the Anaheim White House after a devastating fire in 2017 took the concerted effort of the city, historians architects, builders and contractors. KTGY Architecture + Planning in Irvine was responsible for the complex redesign of the restaurant’s new exterior and expansive porch.

The restaurant reopened in May.

Owned by Bruno Serato, the White House is a fine dining establishment that also prepares more than 3,500 free dinners daily to for children around Orange County. The 1909 Colonial-style mansion’s exterior resembles the U.S. president’s residence.

“It was a great opportunity to turn tragedy into triumph by renovating and restoring the entire property,” Serato said in a statement. “It took so many different companies and people all working together to create this masterpiece of perfection! KTGY’s expertise and financial contributions were invaluable.”

A fire in February of 2017 ravaged the majority of the roof, the entire front porch of the restaurant and many architectural details. Because the building was listed on the National Register of Historic Places, the city required the exterior be restored to its original architectural design.

San Francisco-based Architectural Resources Group Inc. was hired to prepare a report assessing the damage to the historic features of the building and strategies for their repair. The report provided a general framework for planning the building’s restoration. KTGY’s design for the exterior had to follow the parameters that were set by ARG.

“We worked closely with the city, Architectural Resources Group and the general contractor La Placa Construction to painstakingly salvage as many architectural elements as we could during the demolition process,” said Brandon Wernli, director of production with KTGY. “We also removed all non-historic elements that had been added to the building’s façade over the years that were not true to the original 1909 design.”

KTGY said one of the biggest challenges in the restoration was accommodating the city’s requirement of keeping the large front porch rooms open, even though the area was used for dining. The firm found a solution by using folding glass panels that maintain the visual transparency but allow protection from inclement weather.