LOS ANGELES, Calif. – KTGY Architecture + Planning unveiled August 24, the preliminary design for a new mixed-use development that was selected as part of Salt Lake City’s plan to revitalize its downtown core — developed by The Domain Companies, one of the nation’s leading real estate investment and development firms specializing in sustainable mixed-use development; and the GIV Group, which combines a non-profit and entrepreneurial approach to community development. Called ‘The Exchange’, the design envisions a pedestrian- and transit-oriented mixed-use district focused on innovation and includes “startup” micro-unit apartments, business incubator space, creative office space, affordable and market-rate apartments and ground-level retail and restaurant space. 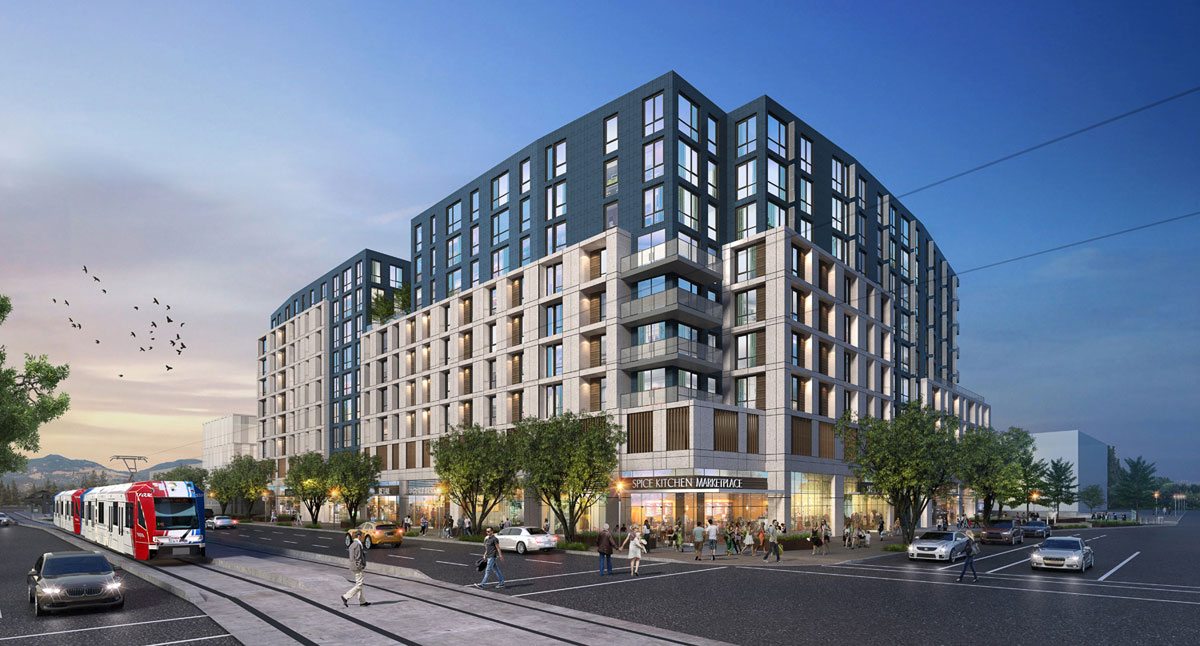