Irvine, Calif.—National firm KTGY Architecture + Planning announced that the National Association of Home Builders (NAHB) awarded KTGY Principal Manny Gonzalez, AIA, LEED AP the 2016 55+ Associate of the Year in a recent award ceremony for the Best of 55+ Housing Awards held at the International Builders’ Show (IBS) in Las Vegas, Nevada. Sponsored by the NAHB 55+ Housing Industry Council, this is first time that the 55+ Associate of the Year award has been conferred. The award recognizes an active NAHB 55+ Housing Industry Council member who supports the building industry with exceptional service and/or a quality product; has achieved success through innovation, financial success and integrity.

Over the last 20 years Gonzalez has designed more than 100 55+ communities. Gonzalez oversaw the renovation of Angelus Plaza, the nation’s largest affordable age-restricted development, into a state-of-the-art community that has attracted a waiting list of 2,400 seniors. His early adoption of Universal Design and his industry-leading knowledge of the subject led Del Webb to select Gonzalez to redesign their flagship Hilton Head community, and seven other communities over the last four years, creating innovative living environments for tomorrow’s seniors.

With pioneering designs from California, Oregon and Arizona to Pennsylvania, Georgia and Florida, Gonzalez has profoundly shaped the future of Senior Housing. From turning the three-story townhouse on its side to allow for three Universal Design single-level living flats at Playa Vista, California to creating the Residential Pattern Book for Verrado in Buckeye, Arizona, which has become the guide for architects to design the next generation of active adult homes, the ripple effect of Gonzalez’s passion for enhancing the quality of life for over 20,000 residents has led the way for architects across the country to continue to improve the living environments for millions of seniors.

Gonzalez has also expanded the 55+ knowledge base for industry professionals in the United States and internationally through speaking at industry events and contributions to over 200 articles. He has shared his observations and insights in Senior Housing and Universal Design in more than 30 lectures over the last decade. This year marks Manny’s 12th year as a speaker or moderator at IBS on the topic of 55+ Housing.

Gonzalez currently serves as a Trustee on the National 55+ Housing Industry Council and has chaired the Senior Housing Symposium in both New Orleans and Philadelphia that attracted over 1,200 attendees. He is a Gold Key Member, and serves on the Editorial Advisory Boards of 50+ Builder and NAHB’s 50+ Housing Magazine. Manny has been a five-time Best in 55+ Housing Awards judge.

Gonzalez has earned recognition for his extraordinary leadership and was awarded “Person of the Year” by the 55+ Housing Council for his service as Council President, author and educator as well as for his innovative designs. And, in recognition of Gonzalez’s years of dedication to the Homebuilding Industry, he was also recently inducted into Hanley Wood’s prestigious Wm. S. Marvin Hall of Fame for Design Excellence. 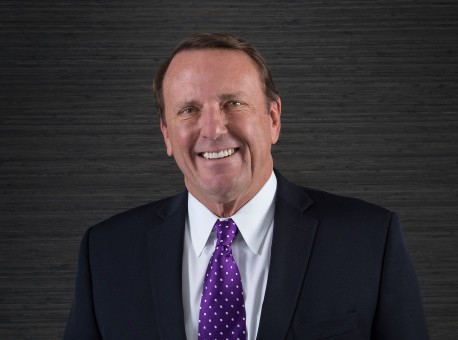