Developers seek solutions for aging adults who will have a huge variety needs for housing and services—and a wide range of income levels. 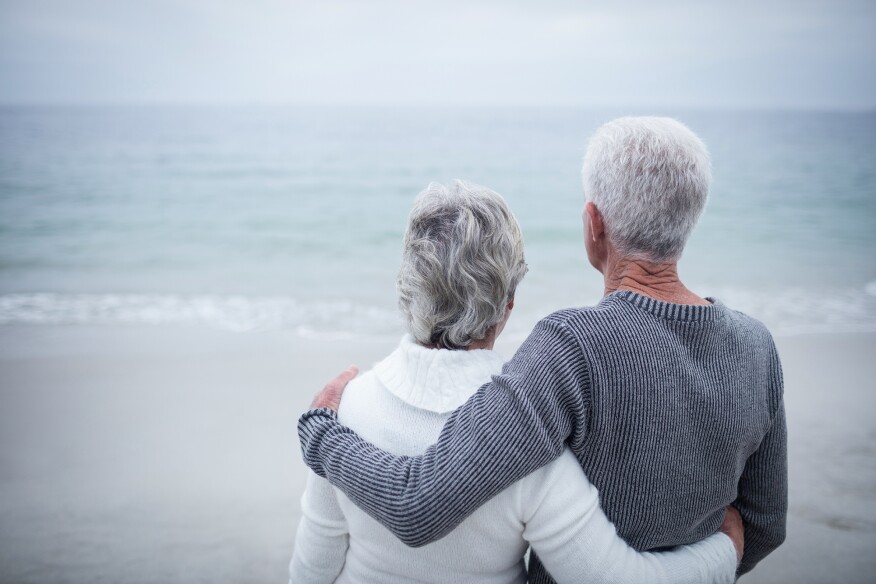 The number of aging Americans 75 and older is growing fast. However, it’s not clear if there’s enough housing to meet the need.

“There is a huge gap,” says Manny Gonzalez, managing principal of KTGY Architecture + Planning. “That will only get bigger with the silver tsunami that is coming.”

The private market is creating more and more options for seniors who can afford private-pay seniors housing. Millions of other seniors face serious challenges. For seniors with lower incomes, the waiting lists are long at affordable seniors housing communities, where government subsidies help pay for rents and services. There aren’t nearly enough units to fill the need. Middle-income seniors may face the toughest challenges, however. They often have too much wealth to qualify for affordable housing, but not enough to afford private-pay seniors housing.

“There have to be new options created,” says Beth Burnham Mace, chief economist and director of outreach at the National Investment Center for Seniors Housing & Care (NIC) in Annapolis, Md. She is also the co-author, with several other academics, of “The Forgotten Middle: Many Middle-Income Seniors Will Have Insufficient Resources For Housing And Health Care,” a study published in HealthAffairs.

A growing number of developers are experimenting to create some of those new options. “Perhaps the biggest change I have seen in the senior space is the variety of community types that are being developed,” says Gonzalez. Of those 33.6 million seniors, 8.9 million will have the equivalent of a relatively low or very low annual income from Social Security and other assets. Another 14.4 million elderly people living in the U.S. in 2029 are likely to have access to the equivalent of a moderate annual income—between $24,000 and $95,000 a year. The remaining 10.3 million will have access to higher incomes, according to Mace.

For seniors who can afford it, developers have created a range of luxurious housing options that provide fewer medical services than a nursing home, which is the most expensive kind of seniors housing, equivalent in some ways to staying in a hospital. For example, independent living communities offer activities for residents, meal services, and transportation. Licensed assisted living communities include some medical services, at varying levels of intensity, sometimes including memory care for people with cognitive impairment like Alzheimer’s.

Middle-income seniors often struggle to afford these options. It costs about $60,000 a year to live at an assisted living community, plus the cost of out-of-pocket medical expenses. “Of this middle-income cohort, 54% cannot afford private-pay seniors housing at these prices,” says Mace. Looking forward to 2029, that would leave more than 7 million middle-income elderly people unable to afford the cost of private-pay seniors housing, but too wealthy to get on the waiting list at an affordable seniors community.

If the cost of seniors housing dropped by just $10,000 a year to $50,000 a year, another 2.3 million moderate-income seniors would be able to afford it, according to NIC. If the cost dropped to $45,000, more than a million additional seniors could afford it.

Many seniors have health needs that present challenges to living in housing not designed for seniors—like the single-family homes where many live now. More than half (60%) of moderate-income seniors older than 75 will have mobility challenges. One in five (20%) will have “high needs,” including three or more chronic conditions, according to Mace. Technology, like driverless cars and teleconferencing with doctors, may help some seniors—but not all—live in their houses for longer in the future.

New Housing Options for Seniors
Developers are beginning to create new options for seniors who may want or need some services.

“The services have always been the most expensive part—unbundling the services is the big thing,” says Annie Gerard, vice president with Meyers Research, an MFE sister unit based in Costa Mesa, Calif.

Thousands of units of “active adult” seniors housing are now under construction by seniors housing investors and developers—ranging from private equity giant The Carlyle Group to Washington D.C.-based Capitol Seniors Housing. The communities typically offer activities and popular amenities, such as hair salons and dog parks on site, for example—but don’t provide meals. They are restricted to people 55 or older, but the actual residents average 70 to 72 years old, according to Gerard.

Other apartment developers like Alliance Residential, headquartered in Phoenix, and The Bozzuto Group, based in Baltimore, have built conventional apartments that appeal to seniors downsizing from single-family houses.

“These developers built in walkable, urban neighborhoods with all the bells and whistles to appeal to young millennial renters,” says Gerard. “What they found is that they had an almost 50-50 split between millennials and empty nesters.”

Larger apartments, more common spaces, and social activities help these properties appeal to seniors— though they are not age-restricted. To stay in compliance with Fair Housing law, they are careful not to discourage young people and families.

“People are building more multifamily derivatives,” says Ryan Frederick, founder and CEO of SmartLiving 360, based in Baltimore. “I’ll call it ‘multifamily plus.’” In spring 2016, SmartLiving opened 48 rental apartments at The Stories at Congressional Plaza, located in a 380,000-square-foot shopping center in Rockville, Md. “The apartment model can allow for certain services to come in. It is certainly less expensive than a single-family home … and certainly less expensive than formal seniors housing.”

Even co-housing operators like Ozzie, based in New York City, have been surprised by large numbers of older renters. “Shared housing developers like We and Common designed shared housing for techies, and what they found is 20% of their residents are empty nesters,” says Gerard. “There is a lot of variety in what seniors want.”

“If you’re educated and a home owner, that demographic has seen more of that life expectancy gain,” says Frederick. “They are healthier. They are going to live longer, and they are going to want a life different than what their parents are going to go for.”

Not Enough Housing for Low-Income Seniors
For seniors who have less wealth—the equivalent of low- or a very low-income—can move in to affordable housing with help from government programs like Section 8 or Medicaid. They can receive services from nutrition and health and wellness to nurse visits that can help them avoid having to move to a more expensive nursing home—also paid for by Medicaid.

“Service-enriched senior housing has shown to improve health and well-being and save the government significant dollars in reduced health care and other costs,” says Aaron Gornstein, president and CEO of affordable housing developer Preservation of Affordable Housing.