Nick Lehnert – This is Why Homebuyers Want Killer Outdoor Spaces

And builders are answering the call.

JKD Builder, a custom homebuilder in the Austin, TX, area, says “spools” are the hottest trend in backyards. Spools are a combination small pool and large spa. An ideal water feature, the builder says, spools run around 10- to 15-feet long and no more than six- to 8-feet wide, making them perfect for smaller spaces and smaller budgets.

The wider, shallower lots allow for abundant natural light to flow throughout the houses, says Widener. But since the backyards are small — “This buyer profile does not want the maintenance and cost associated with large yards,” he says — the builder will include as a standard feature “beautiful and quaint courtyard retreats” on the side of each house.

The space will include designed gate arbors, lush landscaping and exterior furnishings that “seamlessly integrate” with the indoor gathering rooms and kitchens. The Terrace Collection, which will be rolled out in the Raleigh, NC, market in the future, is priced in the mid-$300,000s.

The list of other backyard features builders can offer is practically endless. They include, among other items, covered patios, outdoor kitchens, pool cabanas, shade arbors, flagstone or paver patios, pool houses and fireplaces, special lighting, even pizza ovens. Which option home buyers can add — backyard features are not always included in the base price — will depend on their budgets and the size of their yards.

Outdoor spaces aren’t just for custom homes or an elite niche of buyers, either, points out Nick Lehnert, who heads KTGY Architecture & Planning’s Market Research division and has more than 40 years’ experience in homebuilding. “A minimum of 10 feet deep and 12 to 13 feet wide is needed,” he says. “Anything beyond that is great.”

Your backyard treatment could be as simple as a stone patio with awnings over the rear wall windows and doors. Not only do the awnings provide shade on warm days, says Tampa architect Bud Dietrich, they also mitigate the greenhouse effect that occurs as glass, which is a poor insulator at best, allows heat to enter your house.

Another, more expensive choice, but still not exorbitant, might be a small fountain or other water feature that will keep the surrounding air cooler. Or consider a permanent overhang to block the sun’s radiation from hitting the house directly. The beauty of this architectural device is that it can be designed to block summer sun while allowing winter sun into the home, Dietrich advises.

Or you can go all-out with a big paved courtyard, a domestic oasis with extensive plantings, maybe a pergola or other standing feature, and perhaps even a pool. Again, the choices are practically endless.

“Even a small backyard patio or deck can become a fully functional outdoor space,” says Amanda Sturgeon, a Seattle architect and champion of Biophilic Design, a movement seeking to reconnect people and nature in creative new ways. “No matter where you live, you can probably use yours as a workspace or living room for at least six months out of the year. Spending more time outside lounging or working helps us feel sheltered in nature, blurring the separation between inside and outside.”

Meanwhile, yard sizes are increasing because the footprint of the house itself is being reduced as builders are trying to cut costs by making their houses smaller. After leveling off, sizes in the third quarter of 2017 embarked on a downward slope, according to the National Association of Home Builders (NAHB).

The shift means builders are starting to pay more attention to entry- and mid-level buyers. And as those market expand, NAHB expects the typical new home size to continue to fall.

At the same time, buyers are demanding more, better-designed outdoor spaces. According to Realtor.com, large backyards is one of the top searched attributes among all age groups. But it is particularly high on the list of younger buyers who are more likely to have children.

Furthermore, outdoor living spaces were twice named the most popular special feature in both the 2014 and 2015 design trends surveys of homeowners by the American Institute of Architects. And some two-thirds of the builders who participated in a recent Outdoor Living poll by Professional Builders, a homebuilding trade journal, indicated that the space is now more critical to selling a new home than three years ago. Consequently, more than half said they have either added or are considering expanding the outdoor options they offer.

The actual square footage of houses built in 2017 won’t be known for some time. But according to the U.S. Census Bureau, the number of houses with 5,000 square feet or more of living space dipped somewhat last year, underscoring what industry observers say is a trend toward smaller houses.

Meanwhile, the cost of buildable lots for single-family houses hit a record high last year, even as lot sizes were the smallest ever. Half the lots nationwide were priced at or above $45,000, a value first reached in 2015. The previous record was the $43,000 posted in 2006, when housing was booming and just two years before the market imploded.

There are, of course, major regional differences in the cost and size of lots. Also, lot prices accounted for less than 17 percent of sale prices of new single-family homes started in 2016, the lowest share since at least 1999, according to NAHB economists. 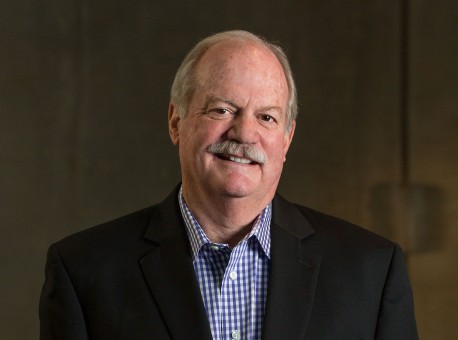