When Joshua Bryan leaves his apartment to go to work, he travels up three stories, to the 40th floor of his building in Chicago’s South Loop neighborhood. There, he settles into a workspace with television screens, a kitchenette and sweeping views of Lake Michigan.

For meetings, Mr. Bryan books a first-floor conference room with teleconference equipment and interactive whiteboards for presentations. The building also has a fifth-floor “Makerspace,” a shared office area with personal computers, a 3-D laser printer and a computerized milling machine for cutting and shaping metal or wood.

“The communal workspace is pretty much the reason I chose this building,” says Mr. Bryan, who is 37 and owns the Chicago franchise of Poop 911, a company for dog-waste removal.

With his wife, Irene Rivera, a 36-year-old practitioner of alternative medicine, and cocker spaniels Gracie and Sophie, he rents a two-bedroom corner unit with floor-to-ceiling windows for $3,705 a month. Since moving there in December, Mr. Bryan has saved $1,500 a month in office rent he used to pay in a suburb—not counting the gas “and the years of my life sitting in Chicago traffic,” he says. Now, he likes to take work calls on a 40th-floor terrace, also equipped with TVs and Wi-Fi. 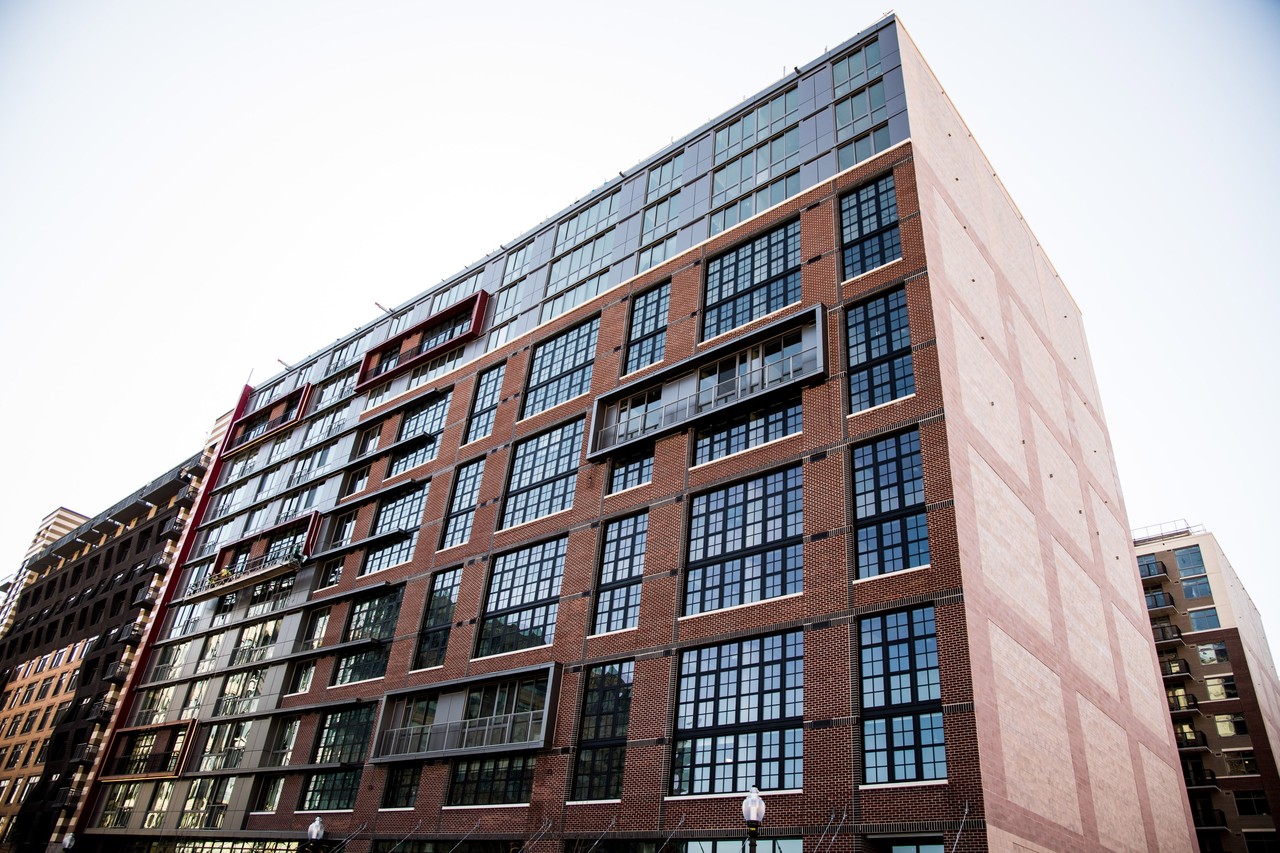 One of today’s most practical amenities in residential buildings: shared office space equipped with the latest tech and communications equipment. With more Americans working from home, architects and developers are designing spaces that spare residents from conducting business at a Starbucks . At Mr. Bryan’s building, 1001 South State, developer Golub & Co. hoped to build a creative, techie vibe for young professionals. The idea, says president and chief executive Michael Newman, was to differentiate the building and charge higher rents than what is typical for the neighborhood. Developers say amenities such as communal offices and gyms also keep revenue in the building, rather than residents paying for them elsewhere.

In 2016, 15 million workers, or 10% of the American workforce, were self-employed, according to the U.S. Bureau of Labor Statistics. Along with telecommuters, consultants and others with flexible schedules, they make up a sizable market of renters and home buyers in need of living space that fits their lifestyle. For single-family houses, home builders are now conceiving floorplans with fully wired “flex space” suitable as an office area. In apartment buildings, they are installing work lounges inspired by the creative work environments of the tech world—less business center and more cyber-café—with big windows, hip furniture and often, free coffee.

Shared office space reflects the tastes of young Americans growing into the real-estate market. Those in their 20s and 30s are more social than their parents were, architects say, and need larger spaces for public amenities and smaller private apartments. Whether at work or play, they note, young renters and buyers need functioning electronics, electrical outlets and Wi-Fi everywhere in a building. And even if freelancing, observers note, young adults crave the camaraderie that comes with an old-fashioned office.

“It’s not just giving them a space to work in the building, but a space to interact with fellow residents—for sharing ideas, social events and for being part of a bigger community,” says Rohit Anand, principal in the Tysons, Va., office of Irvine, Calif.-based KTGY Architecture + Planning. 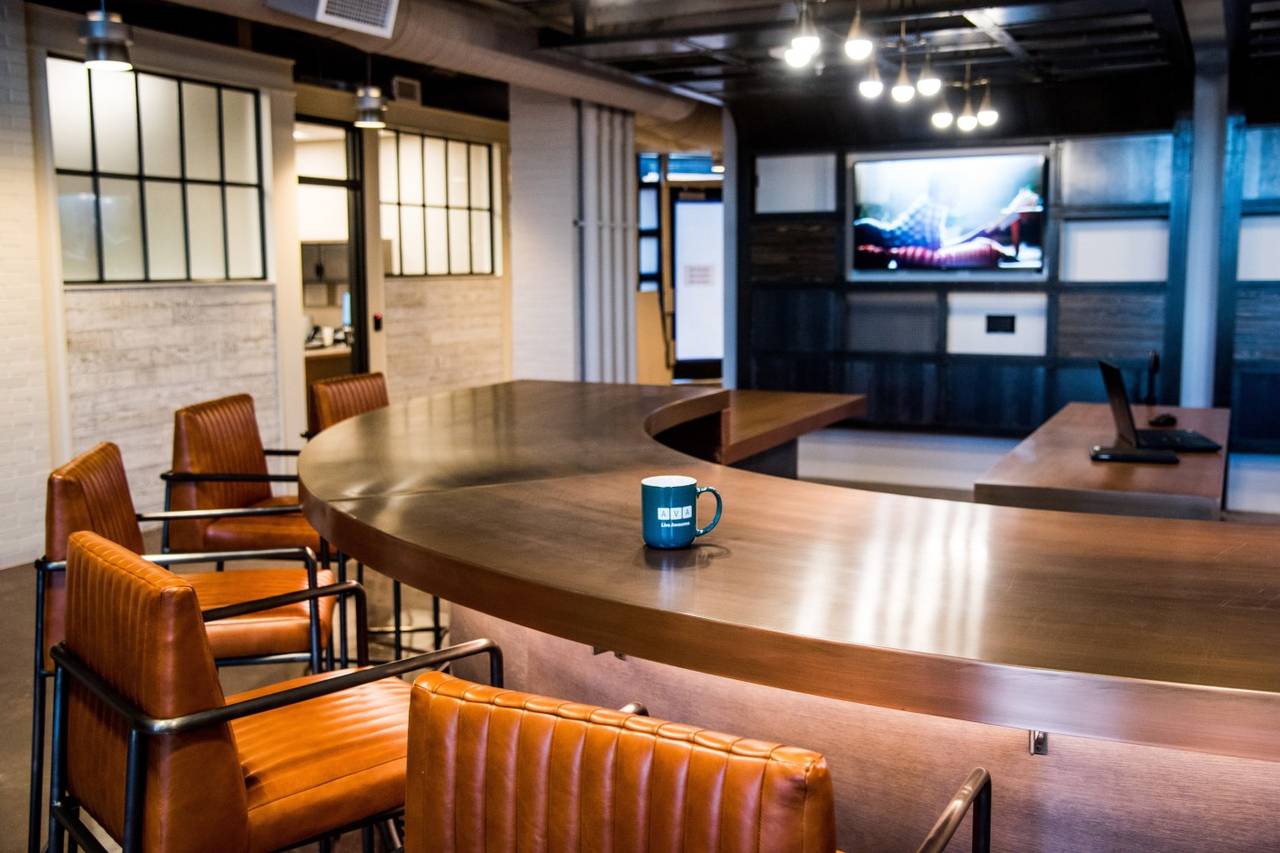 In Washington, D.C., AVA NoMa has an open-plan ground floor with workspaces and lounge areas. PHOTO: STEPHEN VOSS FOR THE WALL STREET JOURNAL

Community was a draw for 31-year-old Michael Weinberger, who moved into a new KTGY-designed building in Washington, D.C., on April 12. The building, called AVA NoMa for its location in the bustling North of Massachusetts Avenue district, has an open-plan ground floor, where chill-out seating groups are adjacent to a long work table reminiscent of Apple Inc.’s Genius Bars.

Mr. Weinberger, a transportation planner with Rockville, Md.-based Foursquare ITP, works remotely two days a week and plans to use the space on those days. For meetings or Skype calls that require privacy, there are enclosed workstations with sliding doors.

Mr. Weinberger also hopes to use other amenities, such as a bike-repair shop and yoga studio, now nearly ubiquitous in new buildings, along with pet spas, gyms and outdoor hot tubs. In most cases, renters don’t pay extra to use the amenities.

Even luxury condo developments lure buyers with facilities for at-home work. 50 West, a new residential tower in Manhattan’s Financial District, where a three-bedroom, 3,400-square-foot penthouse costs $24.5 million, lists a “laptop bar” among the amenities on its entertainment floor.

The building, designed by Chicago-based architect Helmut Jahn, also has 15 office condominiums with a separate entrance that residents can buy separately from their apartments. Prices for the office condos range from roughly $500,000 for a 260-square-foot space to $1.4 million for a 740-square-foot space.

The offices, which are set to be completed in the summer, are drawing interest from foreign buyers who need workspace when in New York, says Francis Greenburger, founder and chief executive of real-estate firm Time Equities Inc., which developed the building. He predicts that the suites will also appeal to New Yorkers like himself.

“I work a lot at the office, but I have adopted a mobile lifestyle, where I work from home early in the day and on weekends,” says Mr. Greenburger, who bought an office condo in the building to complement his main office on Fifth Avenue.

Self-employment rates are higher for older Americans than for younger workers, according to the Bureau of Labor Statistics, and new homes targeting mature buyers reflect this trend.

At Chelsea Heights, a development in Silver Spring, Md., developer EYA built townhouses with a flex space on the ground floor, which many owners use as an office.

In 2015, Michael Shulman and Jackie Judd paid $950,000—more than they planned—for a 2,600-square-foot townhouse in Chelsea Heights. It has three bedrooms, along with flex space.

“The flexibility of the floorplan was very important to us,” says Mr. Shulman, a 60-year-old investment adviser who runs an online service called “Options Income Blueprint” from his townhome’s first-floor flex space. Ms. Judd, a freelance journalist, works on the townhome’s third floor, far away from her husband’s frequent webinars.

“We don’t get into each other’s way during the day,” says Mr. Shulman. “You know that old saying: I married you for better or for worse, but not for lunch.”

Lisa Phillips Visca, a writer and script consultant in Los Angeles, works out of her three-bedroom, 2,200-square-foot condominium at Playa Vista, a planned community on the Westside of the city. At least once a day, she leaves to get air, grab coffee or lunch or shop for groceries.

With her husband, Dennis Visca, a garment-industry executive, she moved from a larger house in Pacific Palisades in January. The couple was drawn to the vibe and walkability of the neighborhood, which locals call Silicon Beach for its lively technology scene, with startups and offices of tech titans such Google and YouTube.

The Viscas, both empty nesters in their 50s, paid $2.1 million for their condo, located in a modern brick building designed by KTGY. Mr. Visca took the unit’s flex space as his home office, while his wife uses one of the bedrooms for her work, which includes directing and producing films, plays and television shows. Ms. Phillips Visca starts the day as early as 3 a.m. with coffee in her office, conveniently located on the far end of the space, away from master bedroom and living room.

“There is perfect privacy,” she says. For a creative person working from home, she says, “the floorplan was a huge bonus.”