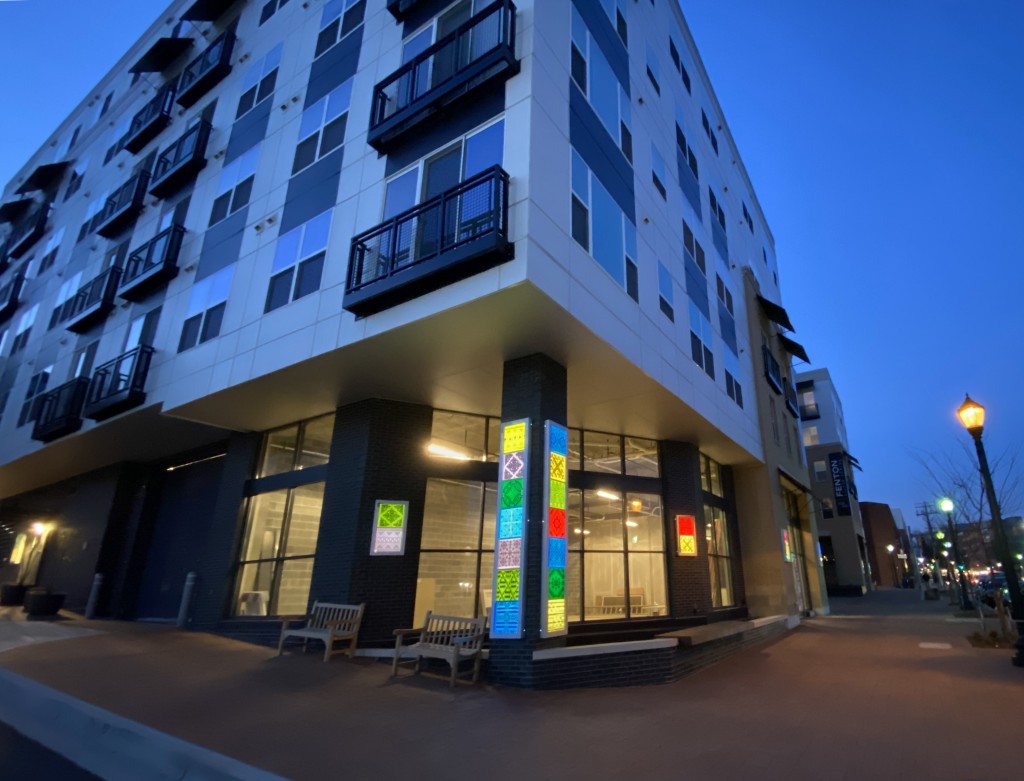 Washington Glass Studio began creating artwork options for developments on the site, starting in 2005, when the site first was being developed as a residential development called “The Adele”. After a review and approval by Montgomery County Arts Council, the project languished as the real estate market changed.

In 2013, WGS Studio began working with the developers that purchased that project site, Redbrick LMD. Working with the design team, WGS artists were inspired by the rich mixture of ethnic groups in Silver Spring. Imagery and patterns that were based on the cultural fabric and textiles, as well as indigenous weaving and embroidery patterns for tapestries, wraps, blankets and garments.

Artwork on the corner column made up of backlit glass panels would be a colorful reference to the cultures, and add a bright pop of color on the site.

The corner location of the artwork would also frame out the proposed future planned arts development that would be up the road from 900 Thayer, and the Montgomery County Review committee was keen on having the artwork go further – asking if the artwork could be extended all along the ground level of the new development. Happily, Redbrick Developers agreed, and the scope of the artwork was extended along the entire street level and apartment outdoor spaces.

The project stalled in 2015. In 2017, Chesapeake Realty Partners joined with Redbrick Developer and the Housing Opportunities Commission of Montgomery County in moving forward with the property  proceeded with groundbreaking and construction of the development in June of 2018.

WGS Studio was contacted and engaged to fully develop the design. WGS revisited the idea of incorporating cultural textile and fabric patterns would encourage viewers to appreciate the colorful patterns enlivening the streetscape, as well as promoting a message of open-mindedness, promote tolerance and curiosity about other cultures.

Over 60 18″ x 18″ panels were made – and were to be mounted in a variety of multi-panel arrangements.

The installation on site began in October of 2019, and as the building occupancy needed the artwork to be completed to allow for certification, a focused WGS team made short work of the outdoor artwork installation. 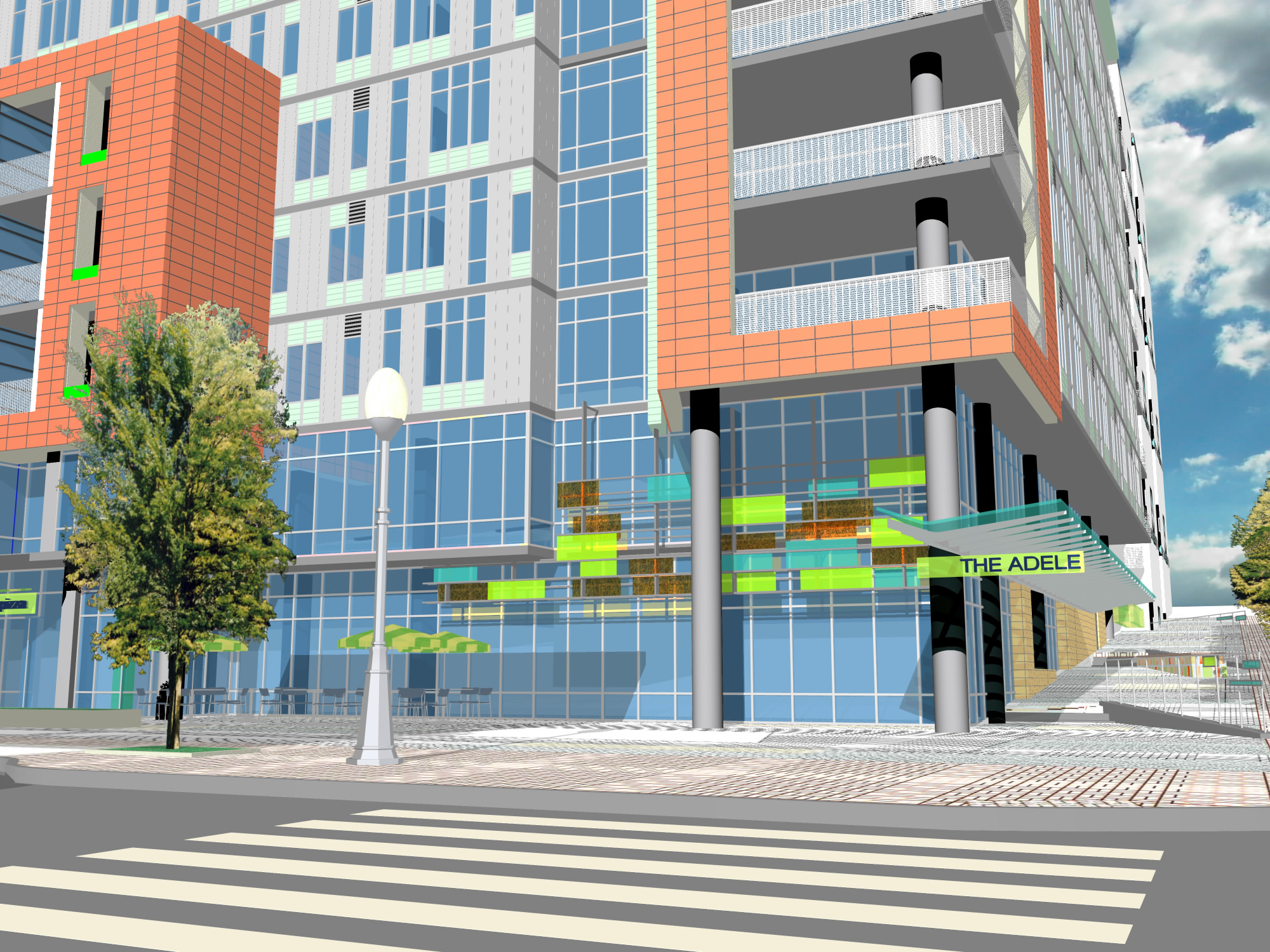 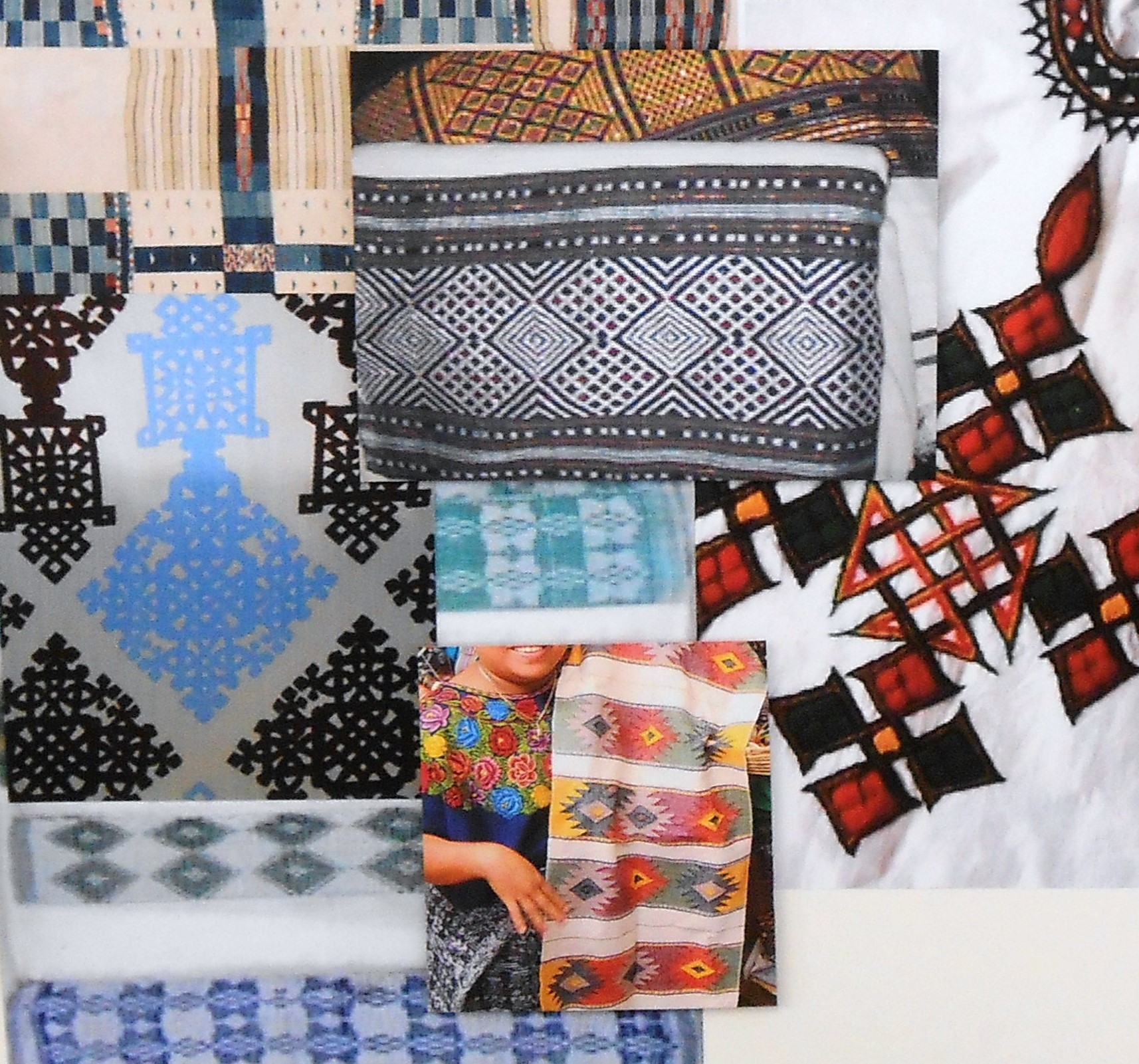 Fabrics & textiles of the cultures that make up the Silver Spring neighborhoods was the inspiration of the new artwork design for 900 Thayer. 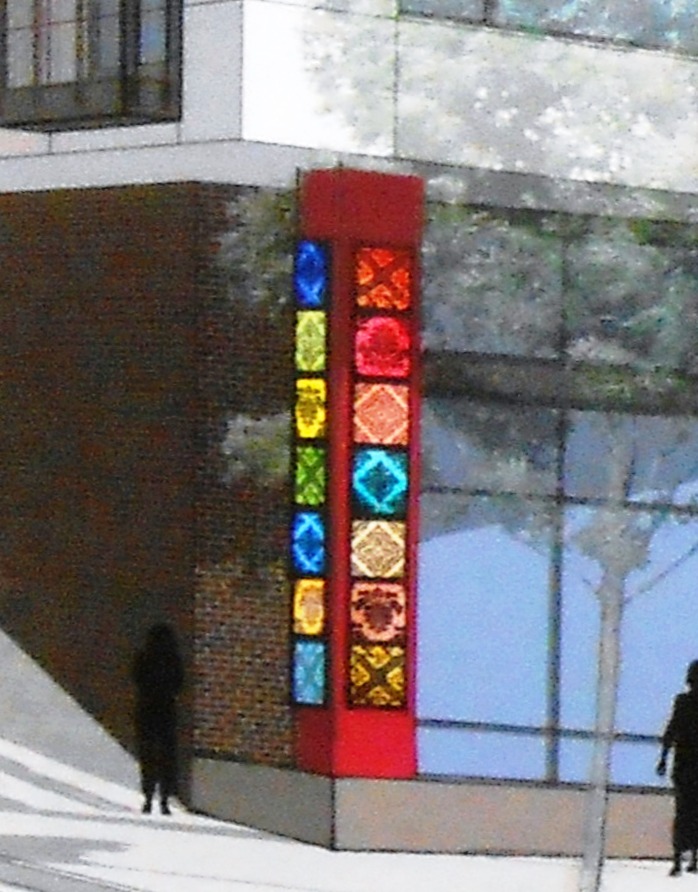 The corner column at 900 Thayer was to have an 11 foot high tower of backlit panels mounted to the surfaces. 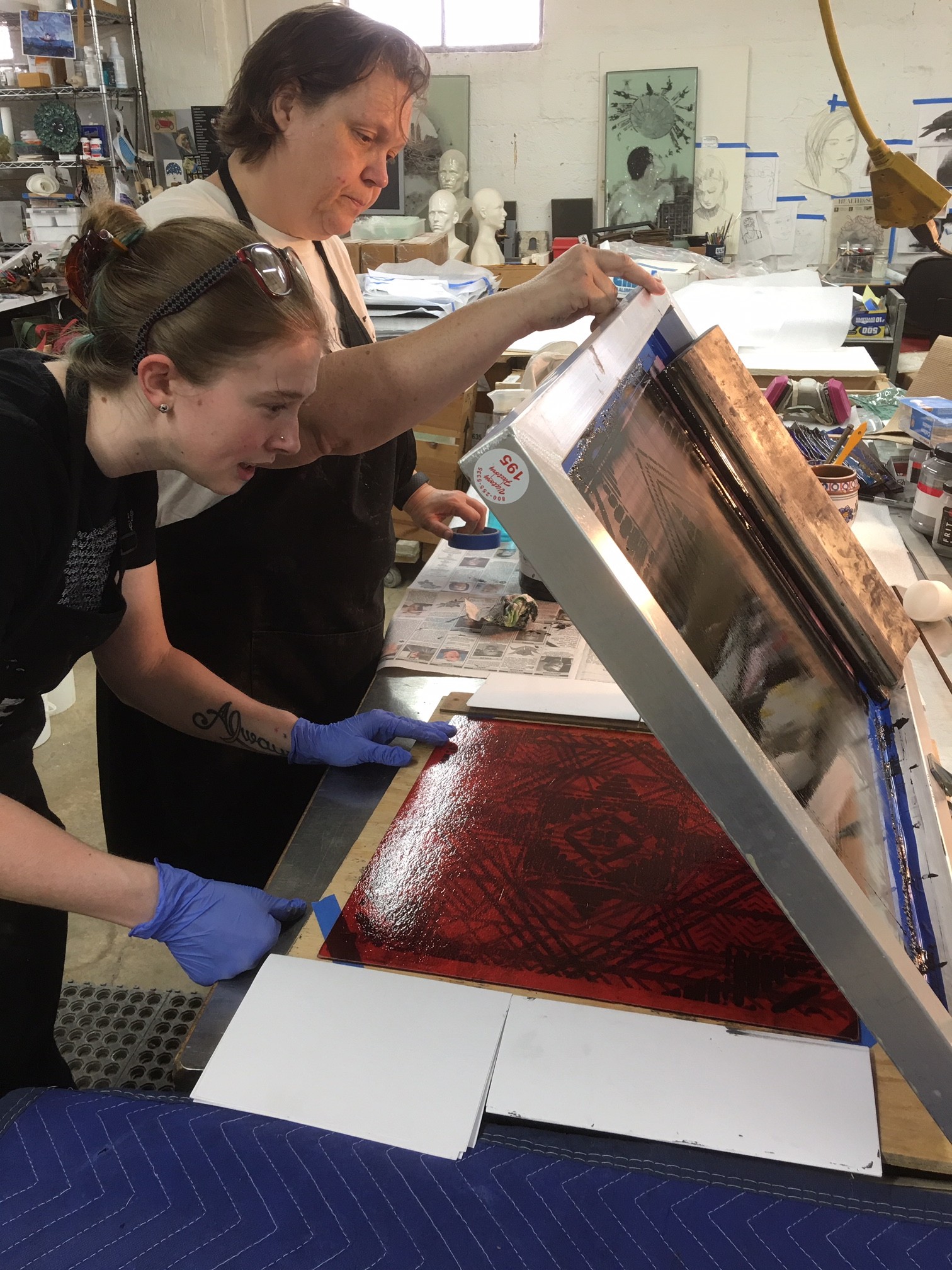 Teri Bailey and Patricia De Poel Wilberg work on silkscreening the enamel patterns on glass, to be fired in the kilns after. 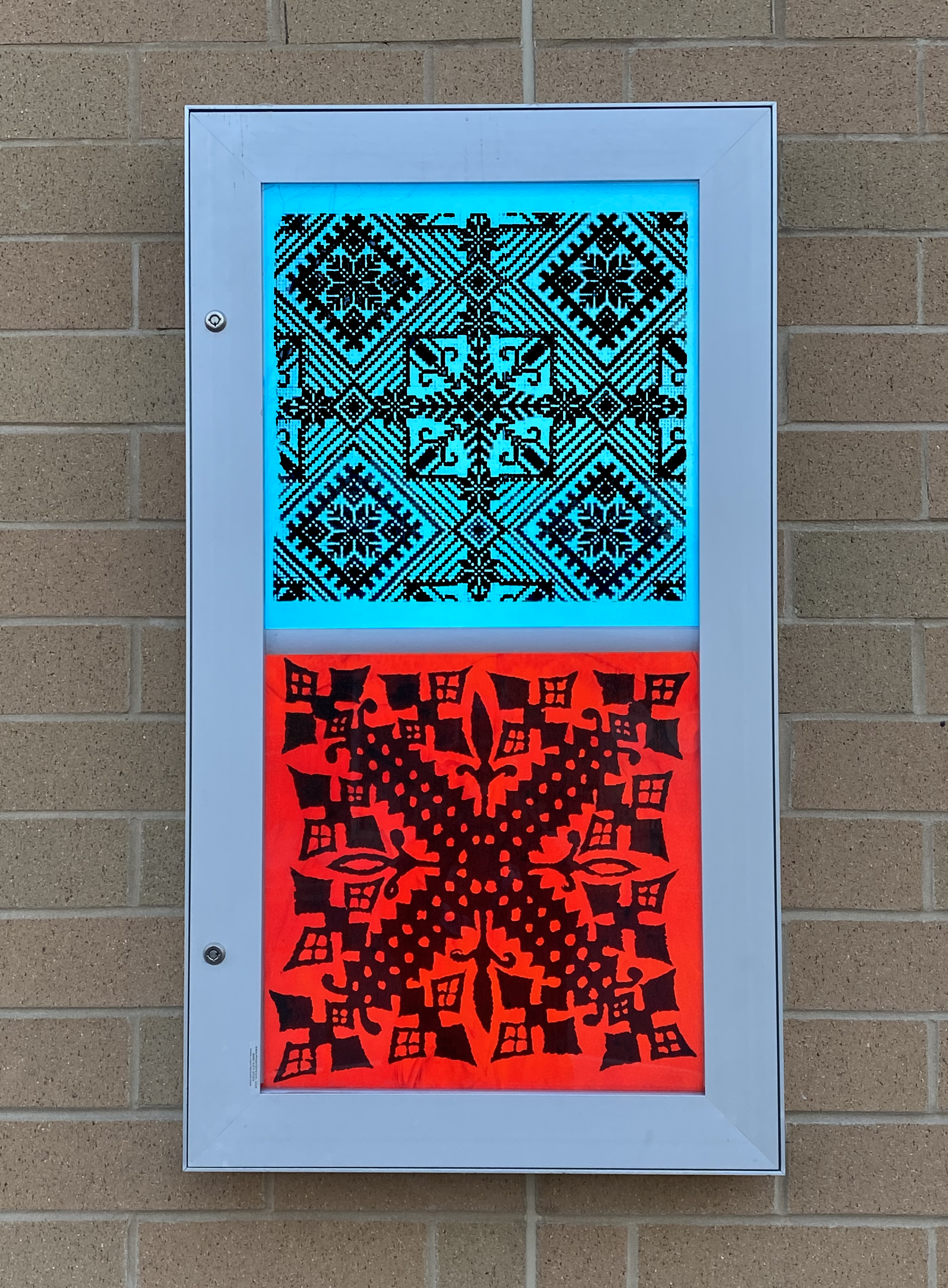 Detail of one of the LED illuminated glass panels at 900 Thayer Ave. 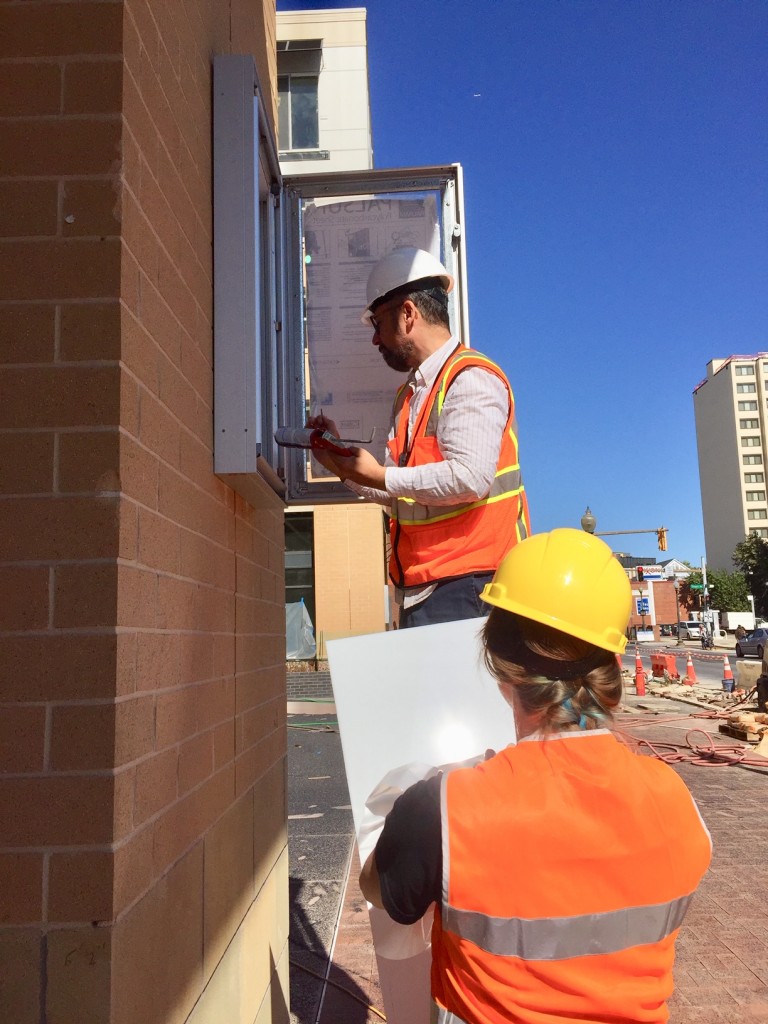 WGS Co-Director Michael Janis is a vision in orange as he preps the LED mounts for the glass. 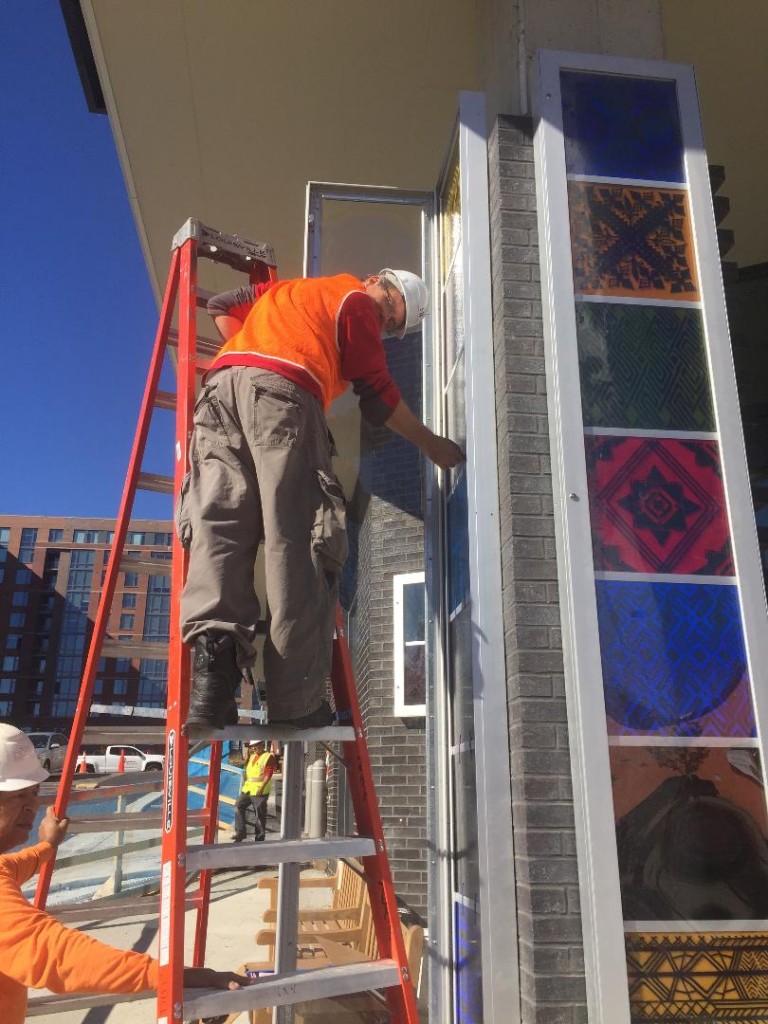 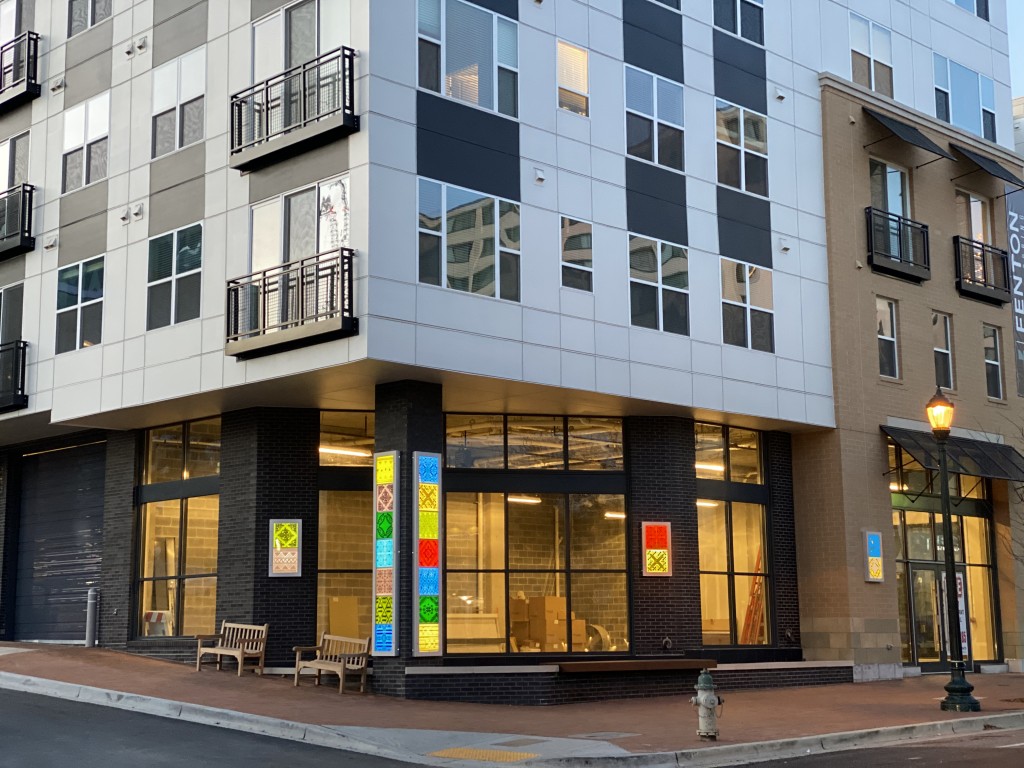 The Fenton Apartment corner column artwork has a strong presence in the daytime, with the LED illumination.