The Wrapping Comes Off at 3060 Olympic

After nearly two years of work, the curtain is finally lifting at Koreatown’s 3060 Olympic development.

The project – one of numerous mixed-use projects from Jamison Services, Inc. – consists of a seven-story building that will offer 226 rental apartments and 16,000 square feet of ground-floor retail space.

KTGY Architecture + Planning designed the podium-type building, which features an exterior of brushed concrete, plaster and masonry veneer.  An open deck is also being constructed at 3060 Olympic’s roof level.

Completion is now anticipated in the first half of 2018. 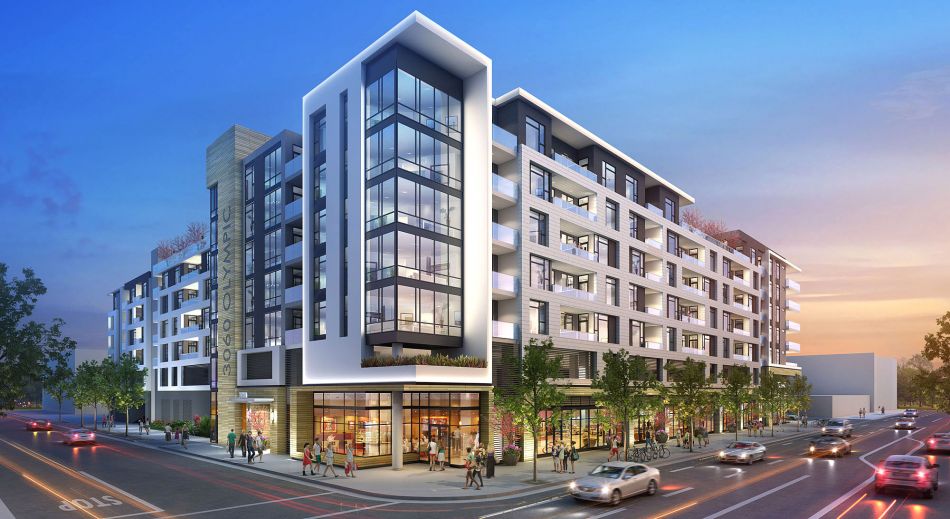