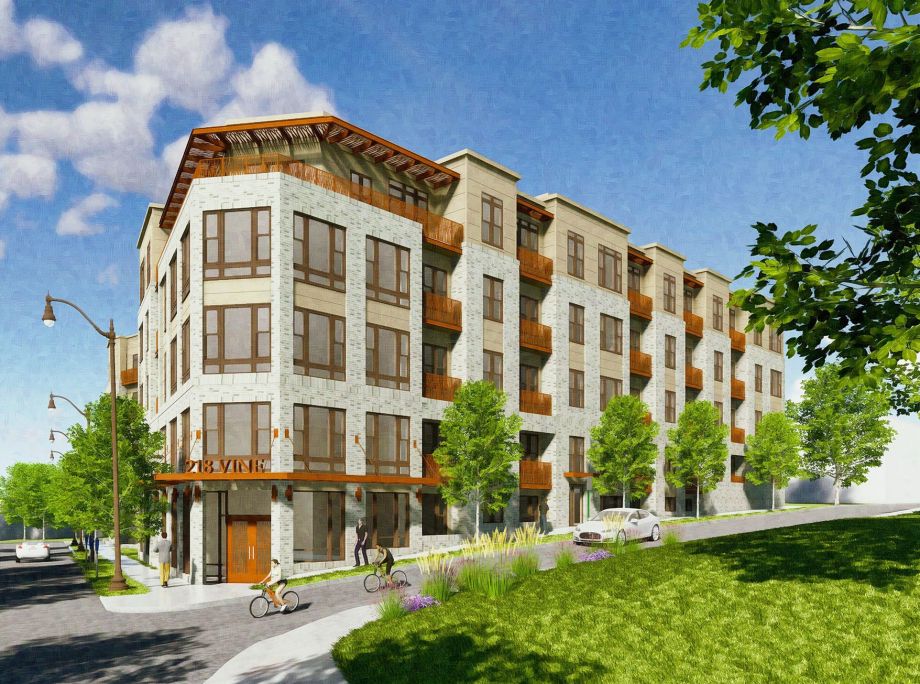 “We think building affordable housing in high-need areas is very important to allow for seniors to age in place,” Lynch said. “I grew up in Ward 4 in the nearby Shepherd Park neighborhood. I’m aware of plenty of government workers and other middle-class people who have lived in homes and are looking to age in place in the neighborhood.”

It is the first project underway as part of Jair Lynch’s affordable and workforce housing strategy, an initiative it announced in 2019 in partnership with the California State Teachers Retirement System. The strategy was initially announced as a $200M initiative, but Lynch told Bisnow it has expanded to $400M.

To finance the Takoma project, the developer secured $21.5M in tax-exempt bond financing from the D.C. Housing Finance Agency, which also underwrote $9.8M in low-income housing tax credits. The Department of Housing and Community Development provided a $13M loan from its Housing Production Trust Fund.

“Today is a special day in Ward 4,” Deputy Mayor for Planning and Economic Development John Falcicchio said in a statement. “We’re going to keep investing in projects that bring housing, particularly affordable housing, to neighborhoods across all eight wards through the use of public-private partnerships.”

The project, designed by KTGY Architecture + Planning, is also a partnership with Housing Up, an affordable housing provider that will provide on-site programming for residents. The programming will include education, health, employment and community building services.

The development sits at the intersection of Vine and Maple streets NW, about two blocks from the Takoma Metro station. It is on the same block as a warehouse building that Menkiti Group acquired in April 2019, telling Bisnow at the time that it will likely pursue a multifamily redevelopment on the property over the long term.