Trammell Crow Residential and Washington, D.C.-based The Carlyle Group had partnered together on a new apartment development in San Francisco. These two companies are involved with the project located at 360 5th Street in the city’s SoMa (South of Market St.) district.

The project has a total development cost of $95 million. The actual start date of this development has not been determined at this time due to interest from condo developers. According to a recent release from the companies, the project has received a green light from the planning commission recently and could be ready to go when the decision is reached. “We have received some interest in our project from condo developers who are interested in buying the site from us. We have not determined at this time how this project will process at this time,” says Bruce Dorfman, senior managing director of Trammell Crow Residential’s Northern California division. TCR is planning that the development will have some traditional construction debt arranged for it, if the developer goes ahead with the project. Overall, the developer feels confident about the location of its proposed development and sees the connectivity of the site as one of its major attributes. “Given that we are just blocks away from the future Central Subway, [this] should attract a lot of interest in the future for renters for our project,” said Dorfman. Both the project at 360 5th Street and the Central Subway are planned to be open sometime in 2019.

The KTGY Architecture + Planning-designed apartment development has plans to be mostly residential and does have some mixed-use components. There will be a total of 127 residential units in the project and over 9,300 square feet of retail and creative workspace on .53 acres. Around 8,000 square feet of the space would be allocated toward production, distribution (PDR) and repair and arts activities uses, while the additional 1,300 square feet would comprise retail availability.

If the developer opts to go toward the apartment route, they will mostly be market rate units with approximately 15 percent of the units allocated toward affordable price points. 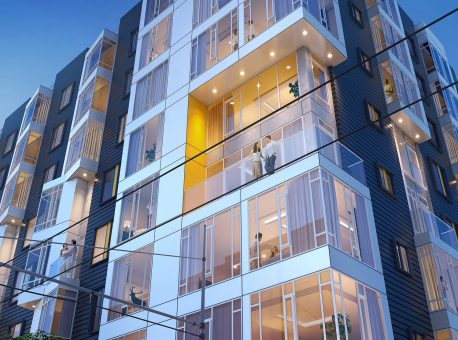