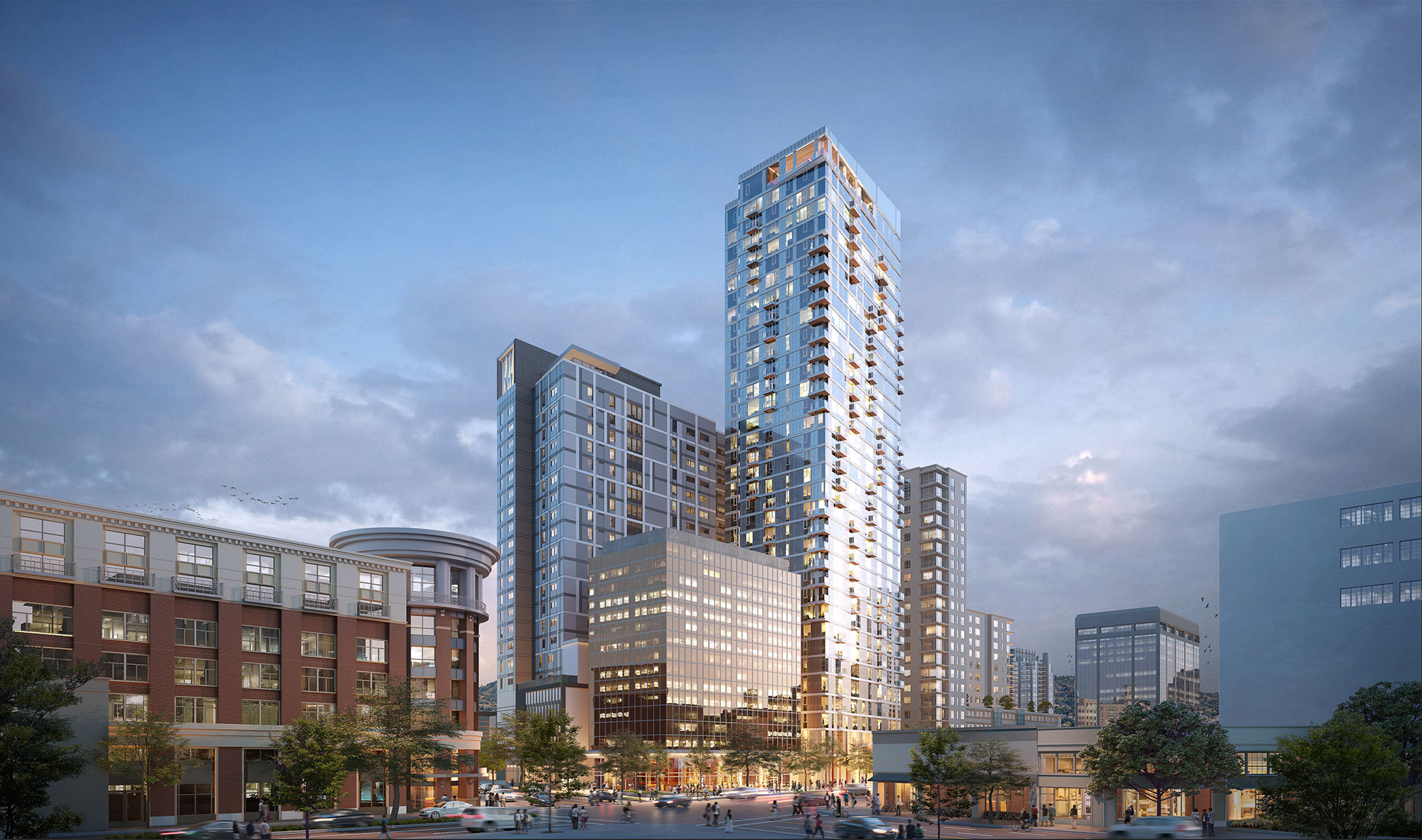 As proposed and rendered along with a placeholder for the approved 24-story development to rise at 2270 Broadway, the building permits for which are in the works, the refined plans for a 35-story tower to rise on the parking lot parcel at 88 Grand Avenue, on the southern border of Oakland’s Broadway Valdez District, have been drawn.

While the parcel is zoned for development up to 250 feet in height, the project team is seeking a density bonus for the 395-foot-tall tower.  And as designed by KTGY Architecture + Planning for Seagate Properties, the development as proposed would yield 275 residential units, with a ground floor retail space fronting Grand Avenue and the entrance to a stacked 45-car garage on Webster. And as eagle-eyed readers might note, the renderings include an intended renovation and repurposing of the ground floor space in the adjacent 80 Grand Avenue office building, and its surrounding plaza, at the corner of Broadway, as well.