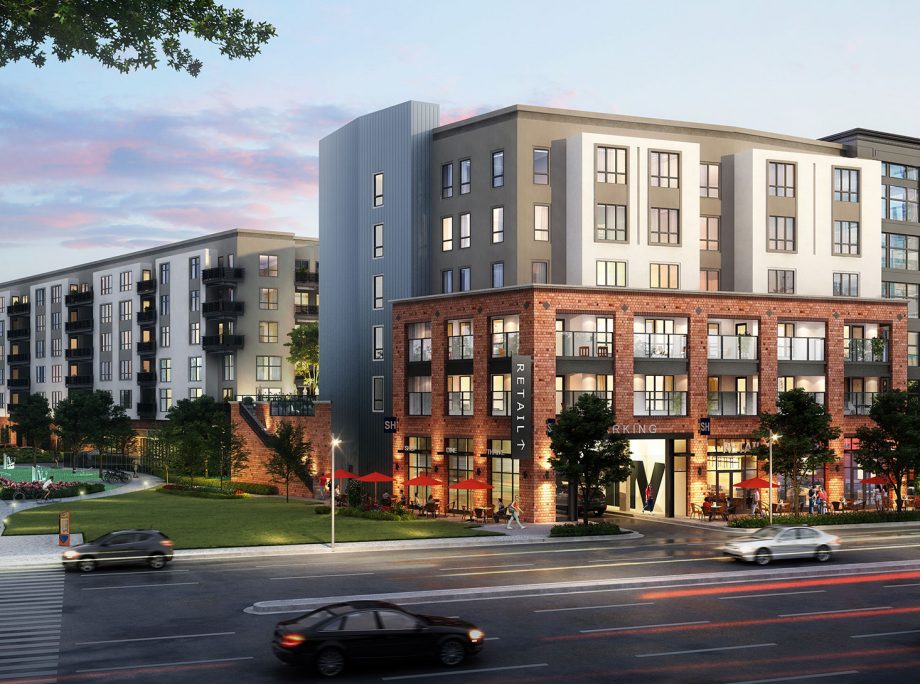 KTGY Architecture + Planning is designing a new mixed-use development at 988 El Camino Real in South San Francisco, after SummerHill Apartment Communities was given approval for the development last week.

The six-story development is situated on a 1.67-acre site spread across four parcels at the intersection of El Camino Real and Chestnut Avenue. When completed, the development will consist of 172 apartments and approximately 11,000 square feet of retail space.

“This region needs more housing and creating sustainable housing near transit is smart growth,” Sara Fernandez, KTGY’s director of planning for its Los Angeles office, told MHN. “The design of the new building establishes a strong architectural presence that anchors the corner and creates a sense of place at this highly visible corner. The retail will activate the sidewalks and the large front plaza will activate the corner.” The design incorporates references to the city’s industrial past and creates a well-defined street wall with retail to activate the sidewalks. For instance, the brick streetwall façade features recessed storefront glazing at the ground level and decks open to the sky on the levels above, with glass guard rails that reinforce the commercial language while creating protected outdoor spaces for residents that are sheltered from street noise.

“The building steps back an additional six to 11 feet on the floors above, thus minimizing the massing of the taller portions of the building,” Fernandez said. “The corner of the building will have a taller massing with large windows, a projecting cornice and ornate molding. Vertical groupings of the windows project out five feet in a contemporary take on the San Francisco bay window style that is common in the region.”

The 172 units will consist of studios to two-bedroom units. Planned amenities include a lounge, fitness studio, bike hub, dog park, and spur trail connecting to Centennial Way. There is also a Club Room for residents as well as two resort-style courtyards with spa, fire pits, outdoor kitchen and dining areas, lounge areas and landscaped paseos.

According to Fernandez, the new development is a great example of what KTGY Architecture + Planning does.

The development site is located across from the future site of the city’s Community Civic Campus, adjacent to the Centennial Way Trail, and near the Bay Area Rapid Transit (BART) station.