A block south of the intersection of Barrington Avenue and National Boulevard in Mar Vista, a pair of single-family homes has been razed to make way for a new small lot subdivision. 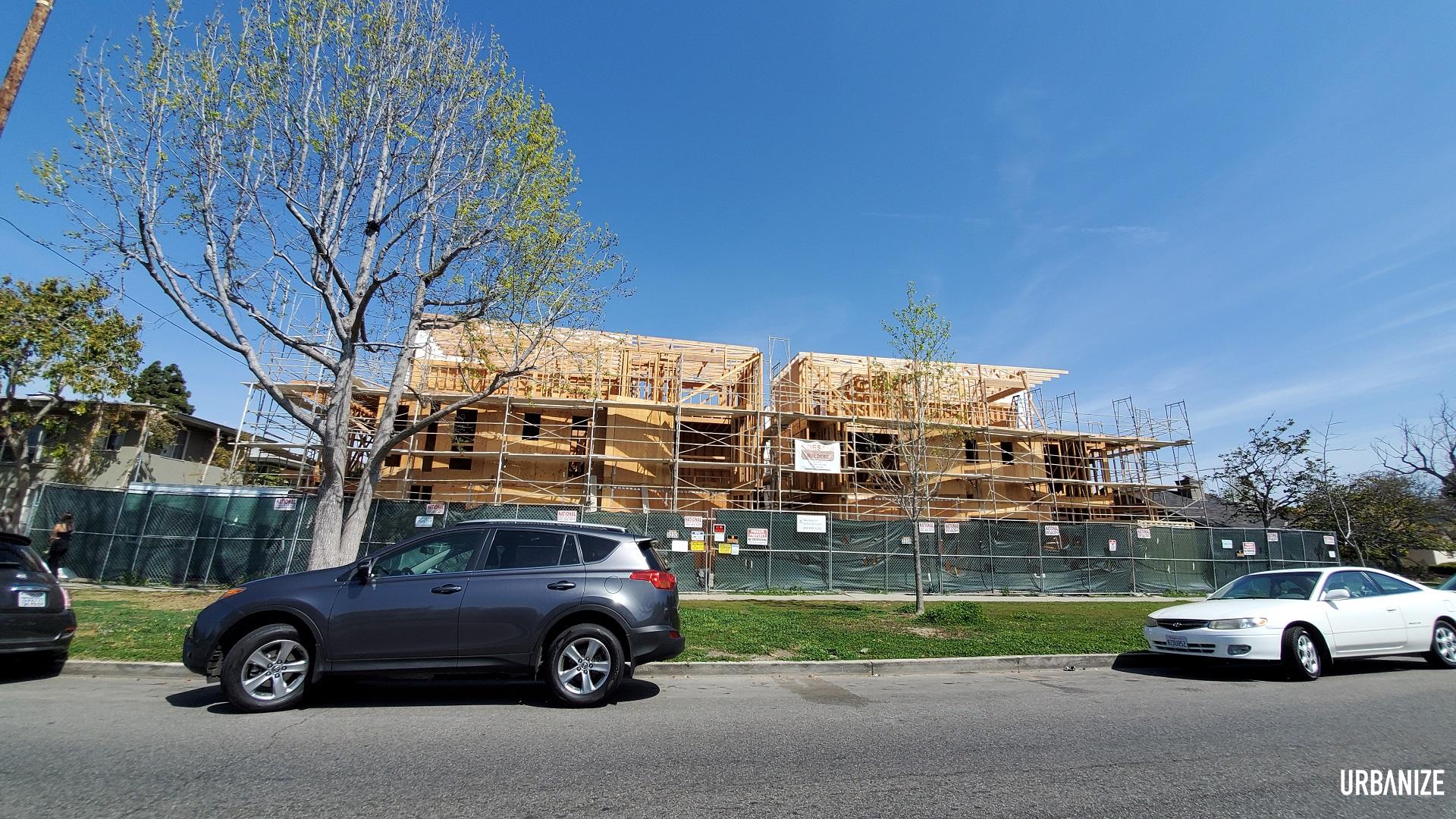 View of Barrington 10 under construction in Mar Vista | Urbanize LA

KTGY is designing the project, called the Barrington 10, which drops down in height along its main street frontage to match the scale of surrounding buildings. The three-story structures are described as featuring sharp lines, sloped roofs and angled walls, with an exterior of black stucco and white siding. 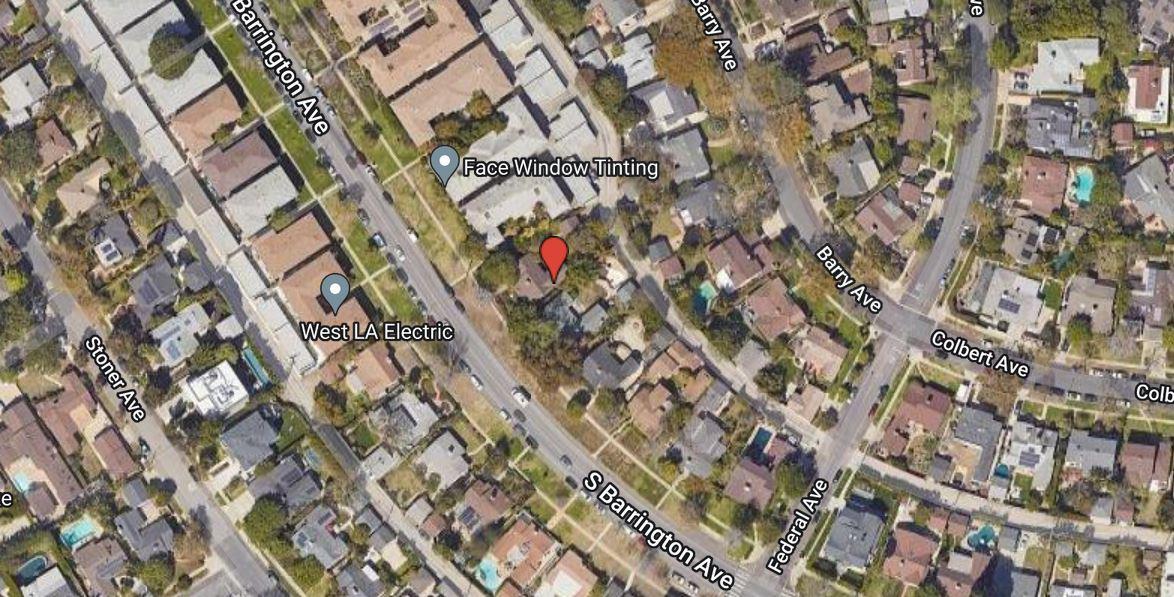 The project site sits across Barrington from a four-unit small lot subdivision which was also designed by KTGY.