Men and women want more space or do they? Developers are finding that small apartments are popular today, as opposed to those with more square footage. To accommodate these renters, the developers are constructing more small one-bedroom units in their projects rather than larger ones.

However, when looking at one-bedroom apartment units in core urban markets, it was found that the vacancy rate for the small units is approximately 3.0 percent, while the larger ones have a vacancy rate is just above 3.5 percent.

It is believed that the smaller one-bedroom units rent more because the person occupying the apartment pays less rent, as JJ Smith, the principal of CA Ventures, explains. CA Ventures is a company focused on the development, renovation, and management of real estate. He states the higher rent associated with the larger units is due to the higher construction costs. These costs must be offset by the higher rent.

Young renters are finding it easier to afford a smaller unit. This is due in large part of average rents significantly outpacing wage growth in the country. In fact, today the average monthly rent when looking at the country as a whole is 24 percent higher than what it was before the recession.

Millennials are opting to hold off on marriage until they are more settled. As a result, they are finding they don’t need bigger accommodations at this time. This was not the case with previous generations, and this shift in the American way of life is impacting the housing market in ways many would not have predicted.

Finally, while jobs are being created, many of these positions are found in major metro areas along with certain secondary cities. The rent for an apartment in these areas is higher than the rent seen for similar units in suburbs and smaller cities because there is increased demand. The market is simply reacting to the limited supply and rising demand, and renters are willing to give up square footage and reside in a smaller apartment to ensure they can live in the area of their choice.

The Reaction of Developers

Developers are reacting to the increased desire for smaller apartments as many would expect. They are motivated to put as many units in one building as possible. This has brought about a significant decrease in the average square footage of apartments in major metro areas. This includes cities such as Boston, Washington, D.C., Seattle and San Francisco, among others. CoStar Research found that the size of one-bedroom apartments has been decreasing over the past decade.

Developers respond to current conditions, which is clearly shown in the number of smaller units being constructed. They purchase a parcel of land and then work to fit as many units in this space as feasibly possible, Robin Trantham of CoStar states. The move by renters to smaller apartments is allowing them to continue in this manner without harming their profits. This is especially true, Trantham continues, in urban supermarkets.

As a result of this shift in renter preferences, the developers are finding they can capture a larger share of the lower-priced rental market, Ben Kasdan of KTGY Architecture + Planning announces. Mr. Kasdan is an associate principal of the international architecture firm and feels the smaller units are preferred by developers because the rent per square foot is higher than seen with the larger one-bedroom units.

Until income growth starts outpacing housing expenses, more people will be opting for the smaller units, according to Kasdan. He feels this is particularly true for those urban areas close to major employment centers. In addition, the renters choosing the smaller apartments will likely need to make other sacrifices, such as foregoing car ownership and relying on public transportation, in order to pay the rents demanded in these areas.

Furthermore, renters in these areas might not meet the qualifications for low-income housing. The problem has become so widespread, micro-apartments are becoming more common. These apartments are similar to tiny houses and have 300 square feet of living space or less. Every inch of space is used efficiently to ensure the person residing in the unit has access to everything he or she needs.

These apartments, however, tend to rent for the same price as larger units just a short distance away. For example, a Footprint Wallingford micro-apartment in Seattle rents for the same as a significantly larger apartment in Greenwood, which is only 30 minutes away by bus. For this reason, the push for smaller apartments can’t be explained by rent prices alone. Convenience, location, and other factors likely play a role in why people are choosing to make the move to smaller units.

There are things to consider before deciding a micro-apartment is appropriate. For example, kitchens in these complexes tend to be shared by all residents. Furthermore, many of these developments don’t have elevators and other amenities. A person must decide what they feel comfortable doing without and when they need a bigger apartment to take advantage of privacy and amenities. Fortunately, thanks to the mix of apartment types available today, finding the perfect unit is much easier. 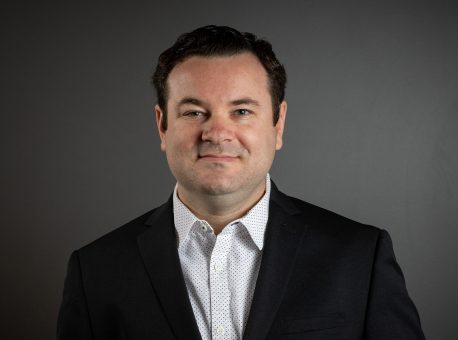