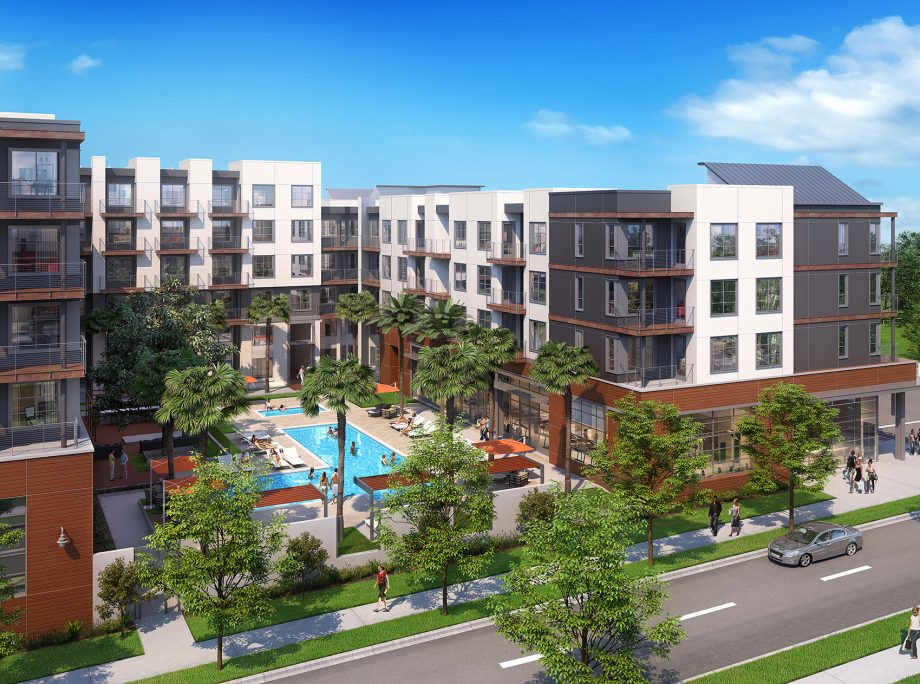 The Waterford Group, an Irvine-based real estate investment and development firm, is planning a large mixed-use development adjacent to the Pomona North Metrolink Station, according to a report to the City of Pomona‘s Planning Commission.

The proposed development, slated for an approximately 6.8-acre property at the corner of Bonita and Garey Avenues, calls for the demolition of all existing uses to allow for the construction of two low-rise buildings wrapping parking structures.  The completed development would feature 647 market-rate apartments, as well as 3,700 square feet of ground-level retail space and parking for over 1,000 vehicles.

According to a staff report by Pomona’s Planning Division, the project would offer a mix of studio, one- and two-bedroom units, ranging between 369 and 1,259 square feet in size.  Plans also call for open space amenities, including multiple courtyards, fitness rooms and club rooms.

KTGY Architecture + Planning is designing the development, which would have a maximum height of five stories above grade, and exterior finishes such stucco, concrete, and brick at the street level.

As part of the project, the Waterford Group would pay little over $1 million to fund a new transit plaza adjacent to the Metrolink station.

The Pomona Planning Commission is scheduled to consider the project at its meeting next week.  Additional details on a construction timeline are currently unclear.

In addition to a Metrolink commuter rail station, the project will also be located next to a future stop on the Gold Line via the second phase of the Foothill Extension, which is scheduled to open in 2027.