Boomer Housing: One Size Does Not Fit All Today, the lines have gone from starting to fade to actually being blurred and eventually they may disappear. Forward-thinking developers like DMB and Rancho Mission Viejo broke Del Webb’s 1960’s mold for Sun City by creating master plans like Victory at Verrado in Buckeye, Ariz., and Gavilan at Rancho Mission Viejo, Calif. In these communities a 55+ resident has the benefits of their own active adult neighborhood complete with club house and, in the case of Victory at Verrado, a Pete Dye golf course, while still being a part of an all-age master plan with access to all the amenities like parks, sports facilities and main street districts that the other residents enjoy. These two communities literally allowed residents to enjoy the best of both worlds without the stigma of living in a “retirement community.”

At the same time, the lines are starting to blur on the rental side of the 55+ space. For years the vast majority of age-qualified rental properties were also income qualified. While there is still a huge demand for affordable senior housing with communities like the 1,100-unit Angelus Plaza having 2,400 people on their waiting list, traditional apartment developers are going all in on market rate 55+ product today. Emerging from the frenzy driven by the Gen Y apartment craze that brought housing out of the Great Recession, the ones who succeeded there are foresighted enough to see that the parents of the Gen Y renters, the Baby Boomers, will be looking for amenity-rich communities. No longer just an apartment unit with a lounge and fitness center, the line between active adult rental and independent living is blurring. In fact, these communities may be closer to the hospitality space than commercial rentals.

It’s an exciting time to be involved in building for boomers. With this group numbering nearly 80 million, there is no one size fits all for the Baby Boomer. They don’t want to be stereotyped and they don’t want their housing to be either. As a Boomer myself, I can testify that my vision is a little blurred these days, but so is my design philosophy. The winners in tomorrow’s 55+ housing industry will see nothing but blurred lines. 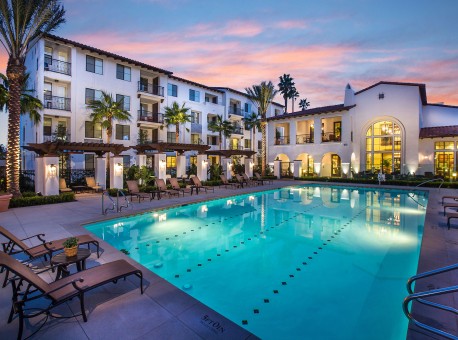