IRVINE, CA—While most apartment amenities are primarily designed for young professionals without children, flexible rooms are being added that can be used as a nursery, office or playroom, KTGY Architecture + Planning principal David Senden tells GlobeSt.com exclusively. Design with an eye toward these professionals’ future needs is being incorporated into today’s apartment developments.

According to Senden, there is also a trend toward turning shopping malls into live/work/play destinations. “Density is becoming king even in the suburbs where cities are trying to meet the demand for housing by allowing some high-density projects near retail and in zones that won’t disturb (too much) existing residents.” The firm currently has residential projects near South Coast Plaza in Costa Mesa, CA, and the Outlets at Orange, plus another one near the Westminster Mall, and a few other traditionally retail-only locations.

According to Senden, Symphony Apartments near South Coast Plaza, developed by Wilson Meany, has received entitlement approval, but has not set a construction date. AMLI Uptown Orange, an apartment community developed by AMLI, is under construction near the Outlets at Orange and is expected to be completed in the third quarter of 2016.

In addition to the suburbs, residential units are being added to downtowns across the US. But, according to Senden, most of the downtown developments have ignored families. “The vast majority of units built and in the pipeline are small in size; great for singles and maybe couples. Restaurants, bars and other retail have followed, all aimed at the super-hip and unattached, and with good reason. This is a huge market: there are 82 million Millennials. However, the leading edge of this generation is 35 years old. These are not the young partiers they once were. While the average age for starting a family continues to increase, especially for well-educated professionals, eventually there will be children.” Senden says that unless something downtown changes, Millennials will have to leave their home behind and move elsewhere. “It’s not because they want to. It’s because they have to.” Today’s apartment community amenities are primarily designed for the young professionals without children, but this cohort is maturing and will soon have different needs. “The apartment communities offer a lounge and a pool party when what this group of Millennials really needs is a crafts room and a splash park. Rather than a bar, they want yogurt. Developers say people with kids don’t want to live downtown, but I think that they are making it a self-fulfilling prophesy since there are no housing options for the urban family.”

Senden says that flexible rooms that can be a nursery, office or playroom allow the unit to change as the family changes. He also suggests that sliding doors that open the child’s bedroom to the living space allow for greater flexibility for play. “Adding a drop zone for backpacks and coats makes organization easy at the front door.” 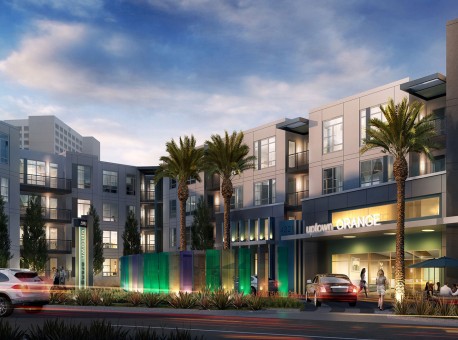