Hope on Alvarado – L.A.’s first shipping container complex for the homeless is on the way 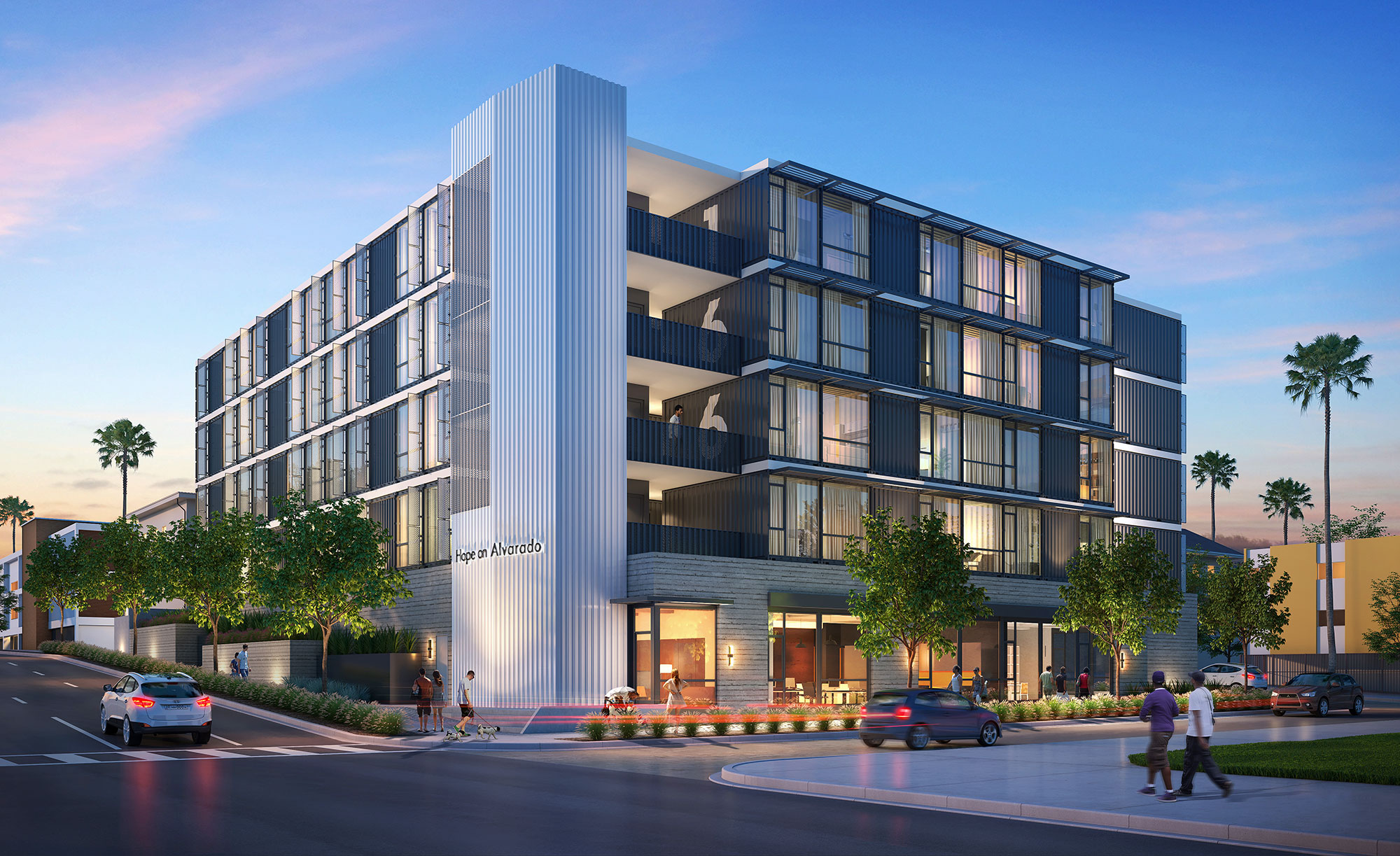 According to a press release, the use of shipping containers will result in a truncated six-month construction timeline for the project. Plans call for craftspeople to assemble the shipping container components off-site while the building’s foundations are being laid. Off-site production will include the installation of final finishes and fixtures as well, so that once the foundations are prepared, the nearly-complete units can be crane-lifted into place. The project will represent a sort of test run for the building technique, as Aedis has announced it is pursuing a slate of shipping container–built projects across the Downtown Los Angeles-adjacent neighborhood.

In the release, Keith Labus, principal of KTGY, said, “We’re not trying to hide the fact that these are shipping containers. There would be great costs associated with creating the level of character they already have.” Speaking in reference to the firm’s various projects planned for the area, Labus said, “Our approach is to work with what we have and develop something unique at each location.”

The complex is wrapped in corrugated metal siding and is organized around a central courtyard surrounded by circulation corridors. Each unit will be made up of several containers that have been spliced together and punctured to allow for floor-to-ceiling window assemblies and doorways. Ground floor areas will be clad in storefront glass. Units in the complex will range from studios to one-bedroom configurations, averaging between 400- and 480 square feet in size. The complex will also contain ground floor supportive services.

The project is among the first to be approved according to the Los Angeles Planning Department’s new Transit Oriented Community Guidelines. Hope on Alvarado comes as the population of Angelenos experiencing homelessness grew 23 percent last year, with the estimated number of unsheltered people rising to 57,794 individuals, according to a Los Angeles Homeless Services Authority report issued earlier this year.