Nine months after we last stopped by, the wrapping is off at a pair of mixed-use affordable housing developments in Hyde Park. 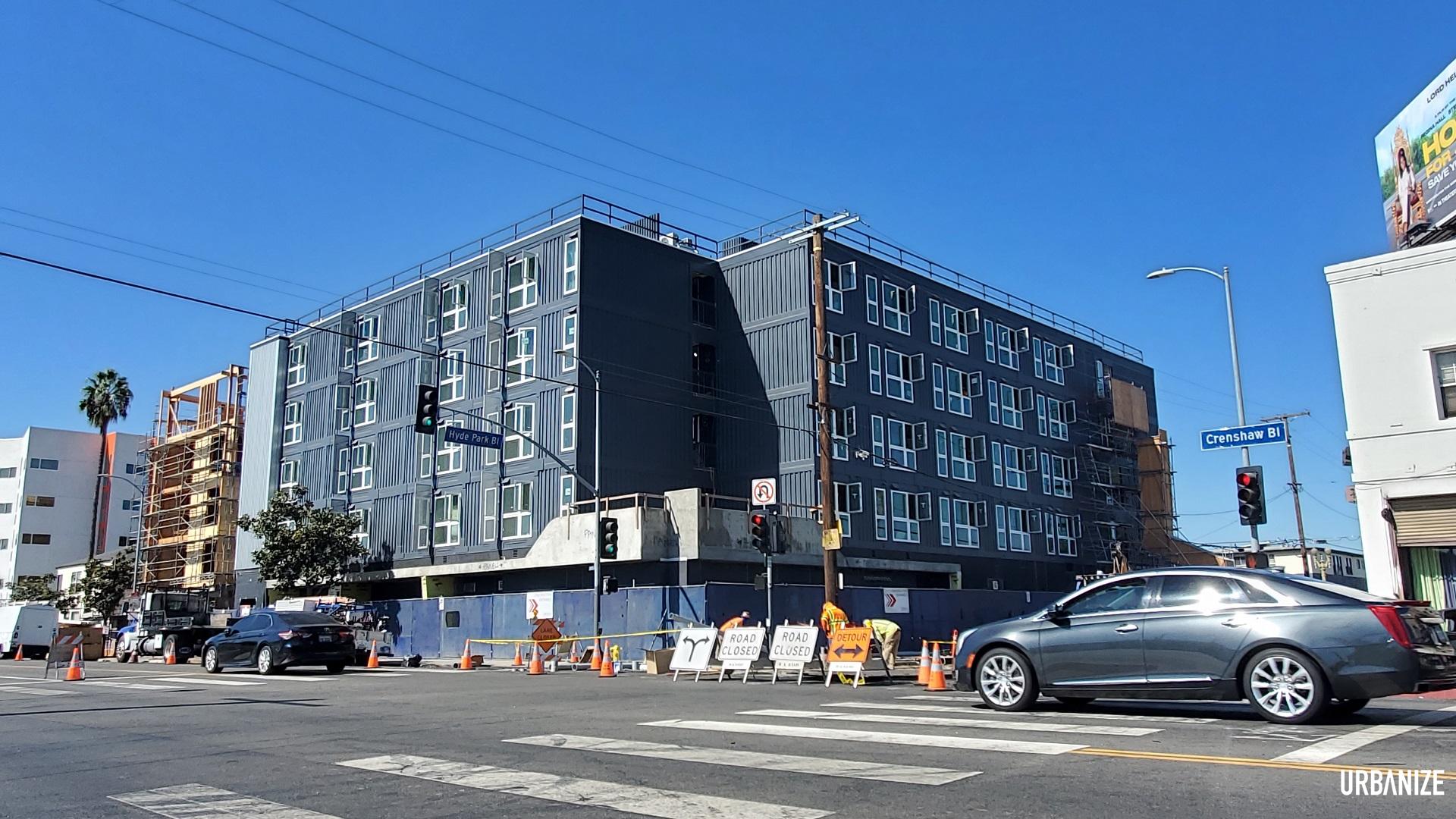 The first, located on a corner lot at 6501 S. Crenshaw Boulevard, is being built by Hope Street Development Group – a joint venture by HBG Construction Corp. and Aedis Real Estate Group. Hope on Hyde Park, a $40-million development comprised of prefabricated modular units, will feature 96 studio and one-bedroom apartments reserved for formerly unhoused individuals when complete

KTGY the five-story building, which will also include on-site social services and a central courtyard for residents.

At the time of its groundbreaking, completion of Hope on Hyde Park was expected in the second quarter of 2022. 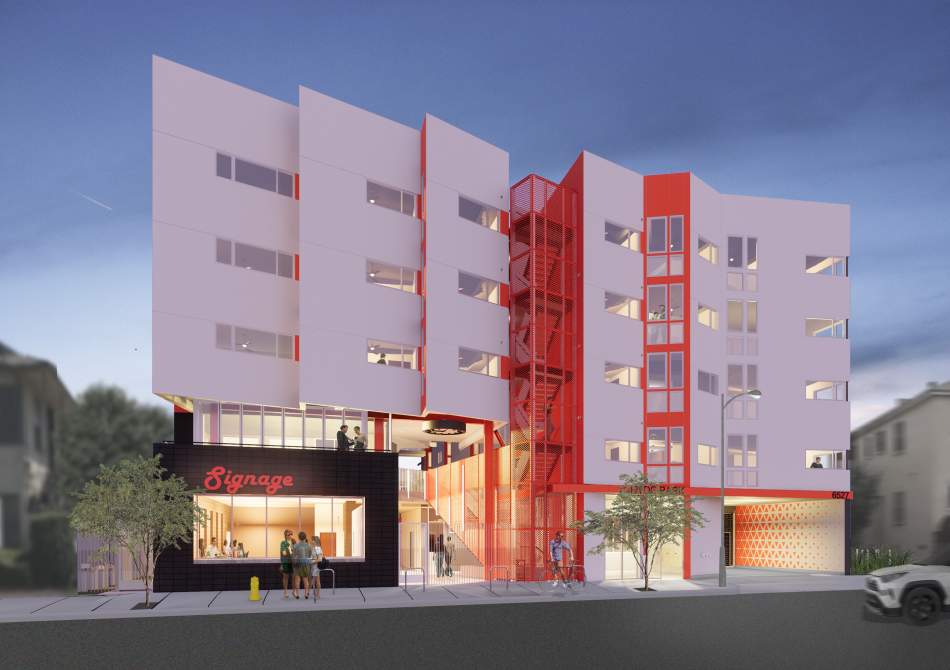 Rendering of the Depot at Hyde Park | Lahmon Architects

Just south, the exterior of the Depot at Hyde Park has been unwrapped at 6527-6549 S. Crenshaw Boulevard.

The project, from co-developers GTM Holdings and WORKS, is a five-story building which will feature 43 residential units above 1,500 square feet of ground-floor commercial space and a 22-car parking garage.  Plans also call for on-site supportive services and open space for residents.

Lahmon Architects is designing the apartment complex, which will cater survivors of domestic violence.

The $28.9-million project was also previously expected to open in 2022. 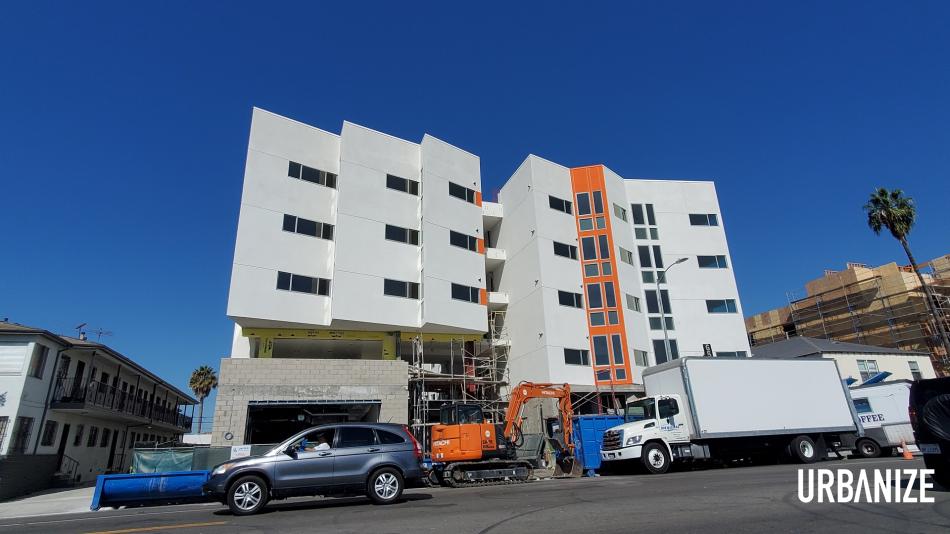 The Hope Street and Depot developments aren’t the only new supportive housing on the rise in Hyde Park. A few blocks west on West Boulevard, A Community of Friends broke ground in May on a similar 64-unit housing complex which is also on track to make its debut in 2022.

Market-rate developments are also taking shape nearby – including a 24-unit building now rising between the Depot and Hope projects at 6515 Crenshaw Boulevard.