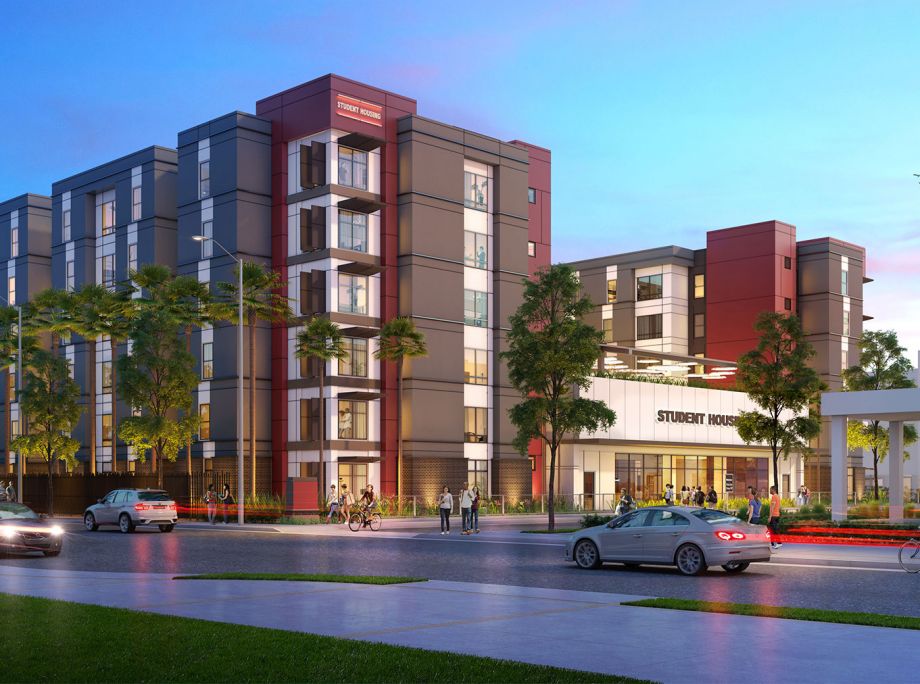 That’s because current students still want to live near campus. Others, who see an economic downturn as motivation to pursue additional education, also find themselves in the market for housing close to their universities.

“Historically, we have seen university enrollment increases when employment declines,” Teddy Leatherman, director of capital markets at Jones Lang LaSalle Inc. said in an email. “In fact, college enrollment has grown through every economic downturn dating back to 1929. Enrollment growth ultimately boosts the demand for student housing, typically making the sector a top performer in times of economic distress — a quality which has bolstered investor interest in recent months.”

His properties have been doing well so far, collecting about 97% of rent every month.

Weinstein is interested in making acquisitions around the country — for the right price. Because there is so much uncertainty right now, he wants a better deal.

For students who do return to campus come fall, housing may look a little different. Gone are the days of stuffing as many students as possible into a dorm.

Instead, many will have rooms to themselves.

“A lot of schools are changing their dorm formats to meet guidelines, so there is only one person in a room. … In those cases, there would be a lot of push to off-campus housing,” said John Loper, an associate professor of real estate at USC, adding that many students will want more space than they have had in the past.

He said that in USC’s case, that could be as many as 2,000 additional students looking for off-campus housing. Soroudi agreed.

JLL’s Leatherman added that “top-end student-housing markets, such as L.A., tend to invite residences of higher density, allowing students to share bathrooms or even bedrooms. A short-term ‘de-densification’ of such properties will only strengthen an already robust demand pool.”

He added that some schools will partner with private off-campus owners as a result.