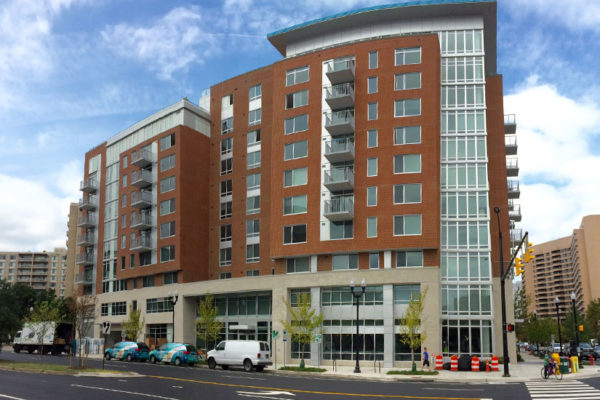 The 11-story, 198-unit building replaced a former post office, which moved to S. Fern Street near Costco in 2011.

More, from a press release:

“KTGY designed an exterior aesthetic at m.flats that is contemporary yet restrained. In contrast to the existing 1960s-era buildings, the facades add color, texture and transparency,” stated Rohit Anand, Managing Principal at KTGY’s East Coast office in Tysons.