After a hospital visit, the transition to recovery sometimes involves more rehab before returning home. To serve this need, state-of-the-art post-acute care facilities are taking cues from the hotel industry to create a rehab experience that feels less like an institution and more like a vacation.

The hotel-like feeling is one of the goals of many new care facilities and communities. But for one newly opened post-acute care facility, the design inspiration was not just hotels but country clubs. That’s because Atrium Post Acute Care of Woodbury is a rehabilitation facility built on the grounds of a historic country club and golf course in Woodbury, New Jersey.

The facility, which caters to short-term rehab patients, offers a luxury experience to get patients back on their feet. While ensuring that consumers are safe and able to become independent once again, the facility is also chock full of amenities that match the country club history. The facility was completed in April 2016.

“One of the things to avoid in a community for rehab is having it look like it’s for rehab,” said Manny Gonzalez, principal and member of the board of directors for architecture firm KTGY and one of the judges of the Senior Housing News Design Awards.

To be competitive across the rehab service space, providers now need to ensure that their buildings offer more than just quality care. For the Woodbury location, that means the inclusion of a pub, movie theater and a bistro, in addition to the rehab gym.

“People have options,” said Roland Borglund architect of the facility and president of Florida-based Borglund & Associates. “If someone is going to be in rehab for a while, you want to provide comfort for their treatments. This is a very upscale feeling, and you feel more like you’re in a boutique hotel rather than an institutional medical facility.”

The facility is owned and operated by Atrium Health and Senior Living, a post-acute care and senior living provider based in Little Falls, New Jersey, with more than 44 facilities and communities. The company added the Woodbury location after identifying a need in the area.

“Woodbury had two centers in 1992 when a moratorium was put in place,” said Justin Hutchens, senior vice president of marketing and business development with Atrium. “Both have since closed and the licenses were moved out of town. The location and the timing fit our need and the needs of the community based upon our analysis.”

Looking ahead, Atrium plans to add a memory care center and senior living community to the site, according to Hutchens.

With its hospitality goals in mind, the building was constructed with several wings of rooms conjoined by outdoor courtyards.

The effect is one that avoids long corridors and prevents the facility from feeling too large or institutional, a crucial consideration in rehab design, according to Gonzalez.

In addition to ensuring that it’s easy for residents to move around, rehab designs need to have services close by without a hospital-like atmosphere. The floor plan is key to the feeling of “homey-ness” in the building, Borglund said.

“They were successful at breaking down the scale,” Gonzalez said. “Even though there are 124 beds, it doesn’t feel like that many more in a wing than a dozen.”

The development process was enabled by a panelized system that helped along the construction of the project, according to Borglund.

The project budget for the facility was $25 million, with financing provided by Provident National Bank, according to Hutchens, who also said the project was completed on budget.

The final building is one that is open and airy, according to Gonzalez.

“Everybody could learn by looking at this community, and the feel and the ambience that it created,” Gonzalez said.

Borrowing from the site’s own history, the pub features country club design elements, including old memorabilia.

The end result is a facility that offers rehab care but has all the bells and whistles of a high-end hotel or country club, meaning patients “may not want to leave,”  according to Gonzalez.

The building filled “quickly,” according to Hutchens, who said the census is between 95% and 100%. 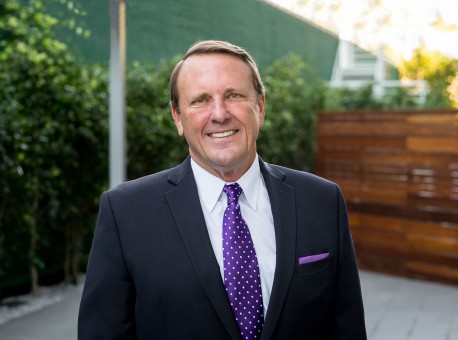