Mark Oberholzer – The Call of the Great Outdoors

The impact of COVID on the multifamily sector may not have been as severe as its effect on the retail or office asset classes, but there are still many ways that those professionals adapted to pandemic-driven changes. Some of these adjustments, such as virtual apartment tours, may be permanent.

Here are four pandemic-related trends expected to influence the multifamily sector in 2021, according to a roundup of Midwest-based real estate experts.

With the pandemic encouraging Americans to stay outdoors for gatherings in an effort to reduce transmission of the virus, there is a greater emphasis on the outdoors and nature.

Expect multifamily developers to focus on bringing the outdoors in via building designs, floor plans and amenities.

At Optima Lakeview, a Chicago-area multifamily project currently under construction, developer Optima Inc. incorporated a landscaped interior atrium that will run through the building’s core and bring in natural light.

“Green spaces not only improve the air quality for our residents but for those living near our buildings because vertical gardens filter pollutants and carbon dioxide out of the air,” says David Hovey Jr., president of Optima.

When COVID prompted the shutdown of college campuses across the country, there was concern that student housing beds would sit empty for the 2020-21 academic year.

However, off-campus communities in strong locations not only saw students return, but in some cases, come back in higher numbers.

“2020 was a validation of the model we introduced to the market more than 15 years ago, underscoring how highly amenitized, pedestrian-to-campus housing remains in high demand regardless of how classes are delivered,” says Michael Hales, president of student living for CA Ventures.

Hales predicts that large Tier 1 universities will expand their enrollment bases without having to make significant investments in infrastructure by offering a combination of virtual and in-person coursework—a move that he believes should create additional demand for off-campus housing.

Demand for lower-priced rental housing was high before the pandemic began and has only increased since, making workforce and affordable housing even more of a focus for developers in 2021.

CRG, the real estate development and investment arm of Chicago-based Clayco, recently launched a $1 billion residential development strategy that prioritizes Class B workforce housing in first- and second-tier suburbs nationwide. The strategy is aimed at residents who earn between 80 and 120 percent of the U.S. average median income.

“We call this building for the masses rather than the classes,” says J.J. Smith, CRG managing partner. “New-construction multifamily has been missing for middle-income residents for decades because it has been too expensive to build and net a profit.”

CRG’s vertically integrated platform with Clayco provides cost efficiencies that make these types of projects possible, according to Smith. He also says that land prices have been falling.

Another way that developers are getting workforce housing projects to pencil is by evaluating alternative building materials and methods.

Modular construction is one of the most significant new ways of controlling the bottom line, says Mark Oberholzer, associate principal at KTGY Architecture + Planning. Designing and building modular units offsite helps save time and money.

While the Mortgage Bankers Association reported loans for multifamily properties were down 31 percent in third-quarter 2020 Y/Y, sources say that middle-market properties continue to trade hands. These assets are generally between 20 and 200 units.

Multifamily investors are also seeking properties located outside downtown cores, given the trends during the pandemic.

“Urban centers in major metros are hurting with falling rents and rising concessions and vacancies, although most of these assets were conservatively leveraged so owners will be able to hold on through the downturn,” says Blas Puzon, chief investment officer of Chicago-based Draper and Kramer Inc. “A natural option for those needing to place capital is to look at secondary or tertiary markets where rents are historically less volatile.”

Puzon also notes that there is little downward pressure on values for properties that are trading because of “low interest rates, an abundance of capital seeking new investments and a general belief that rents will rebound quickly.” 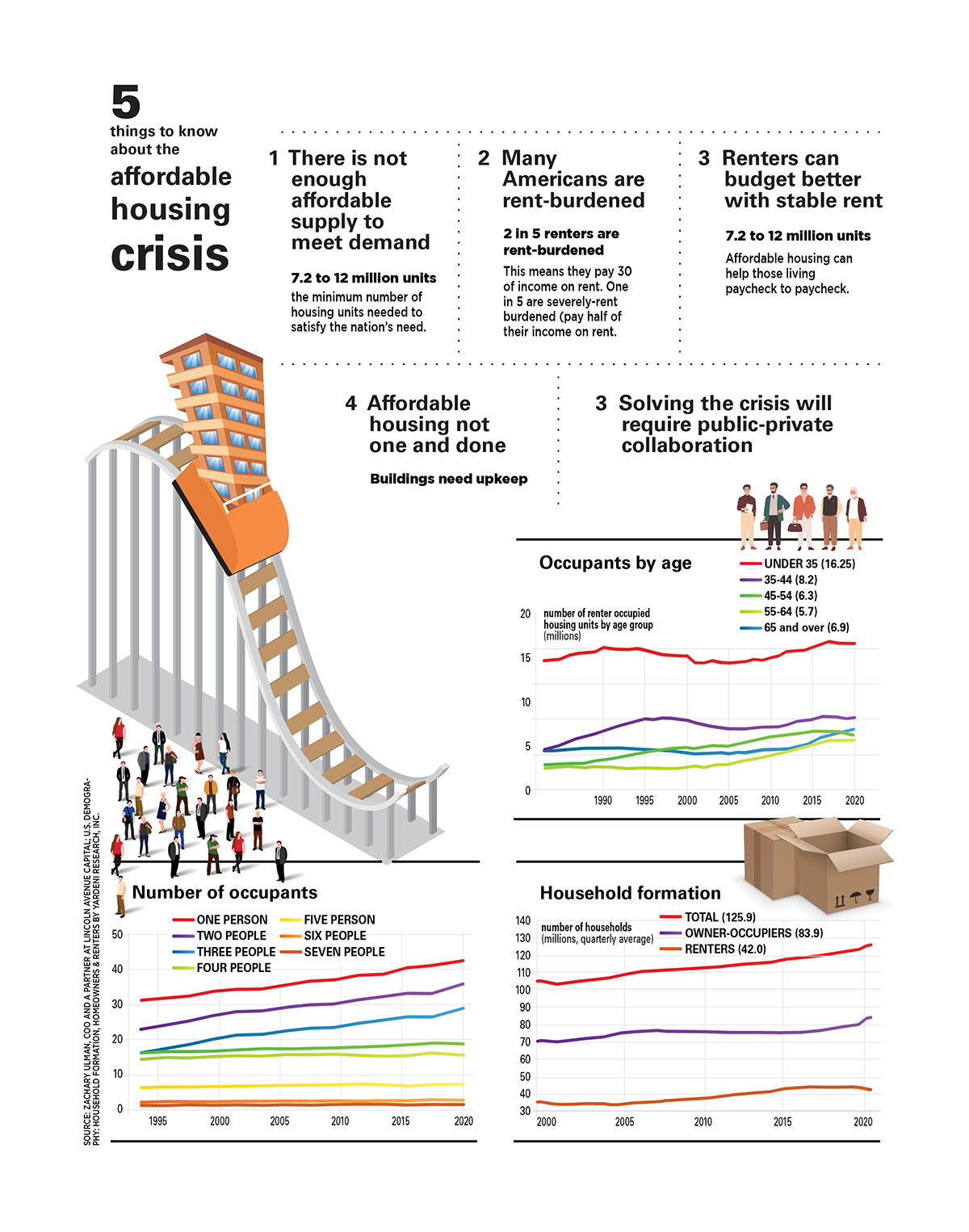