Listen to our exclusive audio interview about how virtual reality technology is speeding design and development of approximately 220 residences in the year-round, live/work/play community in Greater Green Bay.

ASHWAUBENON, WI—As plans roll out for the second phase of Titletown, the mixed-use real estate development in Ashwaubenon, WI, just west of Green Bay’s iconic Lambeau Field, developers and designers will take advantage of cutting edge virtual reality technology being used to build visual renderings of the property that users can walk through with VR headsets and even smartphones. “We decided to implement it into our process as a means of getting greater understanding from ownership and the level of detail on how our design was to be viewed or portrayed in the decision-making process,” says Craig Pryde, AIA, LEED AP, a shareholder in Chicago-based KTGY Architecture + Planning, which is designing the second phase of the project. “We were getting further along in the project and beginning to look at details and so forth and we felt it was necessary to just kind of increase the level of sophistication to the review process. So that’s why we decided to implement VR.”

Highlighted by approximately 220 residences and a four-to-five story office building, Phase 2 adds to the “live” and “work” elements of Titletown’s draw.

Listen to our exclusive audio interview with Craig Pryde of KTGY Architecture + Planning and Daniel Glimcher of Glimcher Capital Group in the audio player below. If you don’t see an audio player, click here to listen to the interview.

KTGY is already using 3D modelling to generate computer images of the project, Prydesays. “It becomes incredibly transportable for the client, and they can bring it back up, after the meeting is completed, on their cell phone and study it further, or show other colleagues, and get more feedback and more beneficial feedback to the architect, ultimately,” he says. The VR technology works off a VR code, Pryde says, that can be recalled on a smartphone indefinitely.

“Titletown thus far has exceeded our expectations and we’re excited to add the residential component and office building to the development, and to the region,” says Mark Murphy, Packers president/CEO. “We’re looking forward to continuing to create a special place for residents, community members and visitors, and this next step in the development will elevate Titletown to a place many will call home.”

The residences will be built at the site along Brookwood Drive and include up to 150 units in an apartment building, ranging from studios to three bedroom-units. The remaining 70-90 residences are anticipated to be a mix of three different styles of townhomes available for ownership. The design of the Titletown residences will be a homage to the area’s industrial history and its natural surroundings, while envisioning Greater Green Bay’s burgeoning future. To create that vision, initial design plans call for the use of industrial brick and steel, woods and a natural color palette that speaks to the many natural wonders of Northeastern Wisconsin.

The office building, to be located along Lombardi Avenue and Marlee Lane, will be four-to-five stories and consist of approximately 130,000 square feet of class A, premium office space. Wisconsin-based Commercial Horizons will be an investor in the development and the designer of the office building, which will feature capacity for up to 400 workers.

In addition to the office building, another approximately 100,000 square feet of future development is slated for Phase 2. Concepts being considered include retail, food and beverage, and entertainment.

“The TitleTown project is a very unique project, in that we’re building out over portions of the project that have already been completed,” says KTGY’s Pryde. “There is a center green space and public space that’s already been completed, and our project sits to the side of that. We were trying to use the virtual technology to kind of tie those two pieces together, to give them a better understanding of how our project would integrate into the existing development.”

“Titletown’s first phase has generated a tremendous amount of enthusiasm, both for our programming and our tenants,” says Ed Policy, Packers chief operating officer and general counsel. “Now we are going increase the density by attracting more people with high-quality residences and premium office space, with a variety of opportunities for everyone to enjoy in a shared, vibrant community.”

The residences are being developed by Titletown Development in conjunction with GK Titletown Developers, a joint venture between Glimcher Capital Group and Kaufman Development. The apartment units are being designed by NBBJ. The architect of record is global design firm Humphreys & Partners Architects. The office building architect is Performa, located in De Pere, WI. 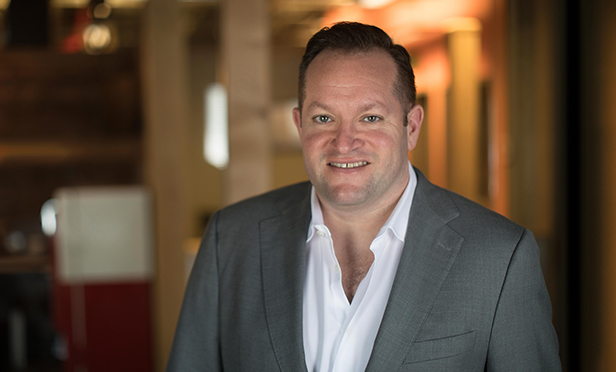 “The concept of sports adjacent real estate development is really becoming more commonplace,” says Daniel Glimcher, founder and managing principal of Glimcher Capital Group. “People recognize that pure public funding for stadiums and things of that nature wasn’t for the public benefit. You were just basically transferring dollars from one portion of the economy to another. But there was no creation of anything new whereas these sports adjacent developments happen, and TIF districts — which are tax increment financing districts. And the delta between the tax that was being collected prior to development and post-development can be bonded and sold. Part of that money can go to develop the real estate where you’re creating jobs, and creating industry, and and making it more sustainable.”

“Being a part of the evolution of such an iconic and meaningful place has undoubtedly been a career highlight,” says Kaufman CEO and founder Brett Kaufman. “The passion of the people of Green Bay and the Packers organization as a whole is inspiring. We’re grateful for the opportunity to create beautiful homes within a community that harnesses this type of spirit and character.”