Living it by euronews.

Your car, your dishwasher, your laptop, your smartphone, your furniture, even the clothes you wear: unless it has been locally produced, it’s a safe bet to say that all these items sailed the seven seas before you bought them. It’s hardly a gamble, actually: more profitable than any other, ocean freight plays a key role in the global economy as 90% of goods produced around the globe transit through the sea.

Although every cargo ship pollutes as much as 50 million cars, ocean freight – which produces as much greenhouse gas as South Korea – was not subject to any greenhouse gas emissions target until recently. Fortunately, this anomaly was sorted out last April. The International Maritime Organization (IMO) – which depends upon the UN –, has found an agreement to reduce cargo ships emissions by 50 % from now to 2050.

The pollution of ocean freight

However, ocean freight causes a much more unexpected problem. Due to commercial balance unsteadiness, millions of containers coming from Asia clutter up North-American and European harbors because there is simply not enough freight to ship them back to their country of origin. As there is no industry capable of recycling them, 300 million containers were just put on garbage dumps where they slowly fall into disrepair.

Philip C. Clark was the first to take an interest in these millions of shipping containers. In 1987, he had the idea of transforming them into housing and, since then, the idea flourished. In Amsterdam, 3 000 students now live in student apartments made from containers. So do thousands of other students in London, Copenhagen, Le Havre, Lyon and many cities in the world.

But there’s more. Due to their shape and their material, shipping containers can be easily modified to fit many purposes. They are used as maquiladora workers accommodations in Ciudad Juarez (Mexico), TV studios (the BBC during the 2012 London Olympics), prison cells in Pas-de-Calais (France), private hockey rink in Maryland (US) but also pop-up stores, startup hubs, exhibition spaces, escape games, etc. And guess what! That is good news for the planet! In the US, for example, KTGY Architecture + Planning offers to transform unused parking garages into the framework for housing units built from industrial shipping containers. Additionally, shipping container architecture provides low-cost housing for young professional, first time buyers and people with little money which contributes to solve the housing affordability crisis that affects many western countries. 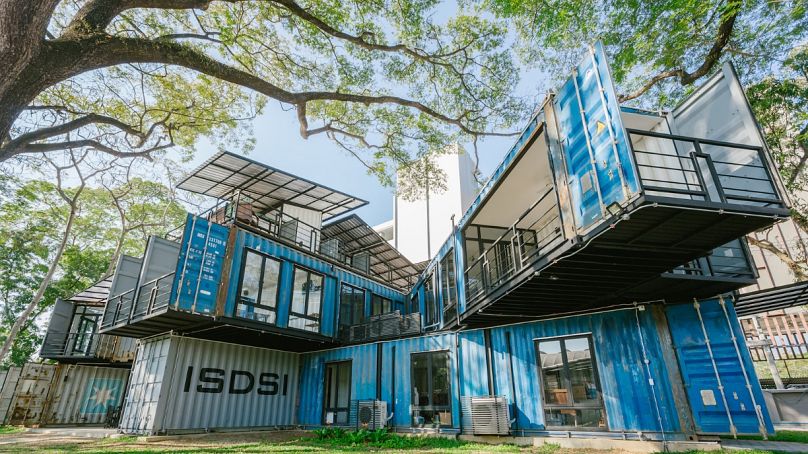 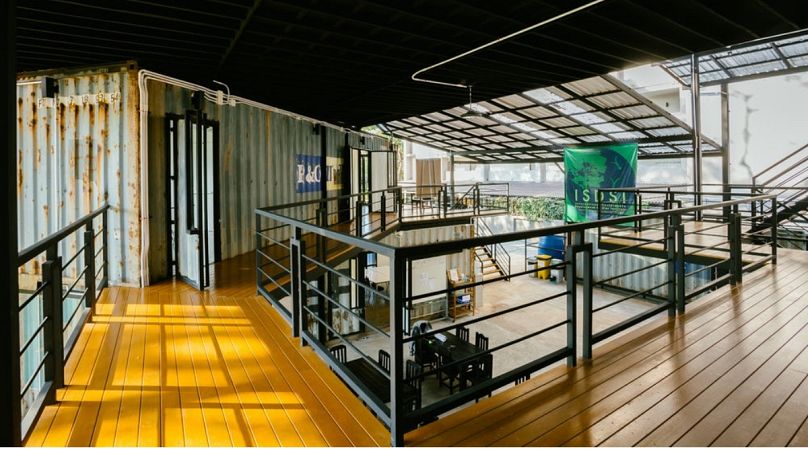 Proof of its positive impact on the environment, International Sustainable Development Studies Institute (ISDSI) campus in Thailand was built with seventeen containers coming from Bangkok harbor. “There are a lot of options for sustainable architecture, including adobe, straw bale, bamboo, and other materials”, explains the institute on its website. “We elected to use shipping containers sourced out of the ports in Bangkok to build our center. By up-cycling the steel, they are kept out of the waste stream, and allow us to learn and teach about how to use the hundreds of thousands of containers sitting in the ports of the Global South.” 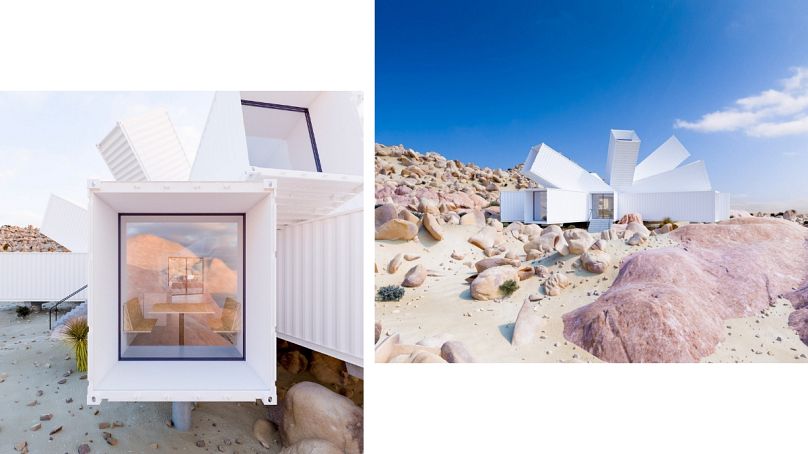 Once mainly considered for its low cost and its positive ecological impact, shipping container architecture is now becoming trendy. An American film producer recently chose to build his incredible property in Joshua Tree Desert (header picture), near Los Angeles, with white cargo containers. Undoubtedly the latest proof of their success!