Re-Habit – The death of big box stores could lead to a new kind of homeless housing. Here’s what that might look like… 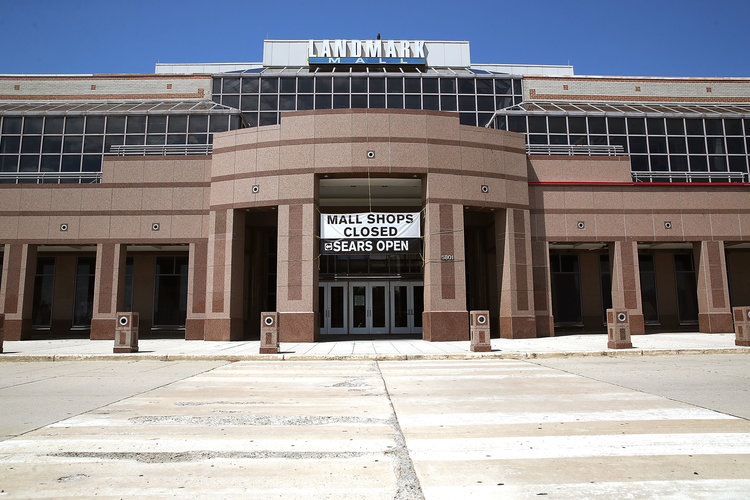 The steep decline of big box stores like Kmart and JCPenney has made way for a host of new development. In recent years, a string of vacant malls and retail chains have been converted into everything from classrooms and office space to churches and trampoline parks.

As merchants like Amazon continue to dominate online shopping, economists estimate that another 30,000 to 80,000 retail stores will close by 2025.

Recently, developers have begun to view these spaces as a possible solution to a growing national housing crisis.

In Southern California, architecture firm KTGY sees big box stores as a way to accommodate the region’s thousands of unsheltered homeless residents. In early September, the firm unveiled the designs for Re-Habit, a housing concept that would transform an 86,000-square-foot department store into a transitional space for the homeless.

The firm is not alone. In June, the site of a former Macy’s department store in Alexandria, Virginia, became a temporary homeless shelter that provides beds, hot meals, and showers for at least 60 local residents.

The concept behind Re-Habit is slightly different. With its pod-style apartment units, residential kitchen, and rooftop garden, the design is almost indistinguishable from a co-living community, where residents rent their own apartments but share certain amenities and living spaces. That comparison is intentional, said David Senden, a principal at the firm and the leader of its in-house research and development studio. “These are people like anybody else,” said Senden, referring to the project’s future tenants. “Instead of it being a shelter, it’s just another way to live in a group home.”

KTGY is now seeking out partners to help bring its vision to life. Here’s what the project might look like if it comes to fruition.

The project has its own retail space, which adorns an entry path to the mall.

The facility features pod-style bedrooms, a temporary shelter, and eight apartment units above the retail space.

The longer a resident stays in the program, the more privacy they are afforded with their rooming accommodations.

The design is only a small part of what makes Re-Habit unique. According to Senden, the project is “more about the programming” than the layout.

“The idea is that people would come in with a lot of trouble and, through a very set curriculum and program, could go from being highly cared for … [to gradually obtaining] greater freedoms,” he said.

In addition to job training services, the development would offer support for residents suffering from mental illness or substance abuse. The end goal is to have residents contribute to the facility by running its operations or working in its retail store.

The rooftop has an area for recreational space, including a basketball court.

It also features a garden, where residents can grow fresh produce to be used in the kitchen or food shops below.

Support is made available in the form of a clinic, meditation space, and pet therapy services.

The design is intended to be uplifting, said Senden.

The project is also a way to bypass the bureaucracy that tends to accompany plans for homeless housing. “A lot of solutions have been tried and tested that just can’t get over the political hump,” he said. While many government-led initiatives are bogged down by a lack of funding or excess of paperwork, Re-Habit helps to eliminate some of that red tape.

Like a co-living space, residents are expected to rotate household chores such as cleaning the cafeteria or working in the kitchen.

The project is designed to scale far beyond pilot programs found in cities like Los Angeles or Seattle. “I see people out there with gold shovels doing groundbreakings and big red ribbon cuttings and patting each other on the back for little tiny projects that are good … but doing very little to put a dent in this problem,” Senden said.

Even so, he acknowledges that the project will require a massive alliance of designers, landowners, developers — and, yes, even politicians. “We have ideas, but it takes a lot more people to be involved than just us,” Senden said. “I don’t think this is a problem that you can necessarily design your way out of.”