New renderings have been revealed with the development permit for Villa Fruitvale, a proposed six-story apartment complex for 3751 International Boulevard in Fruitvale, Oakland. The development will create 183 new apartments designated affordable for low and very low-income households for youth and workforce families. Oakbrook Partners is responsible for the application.

KTGY is the project architect, PGAdesign is the landscape architect, and Ackland International Inc is the civil engineer. Including Oakbrook, all four firms involved are based in Oakland. The team is aiming to receive LEED Gold certification. 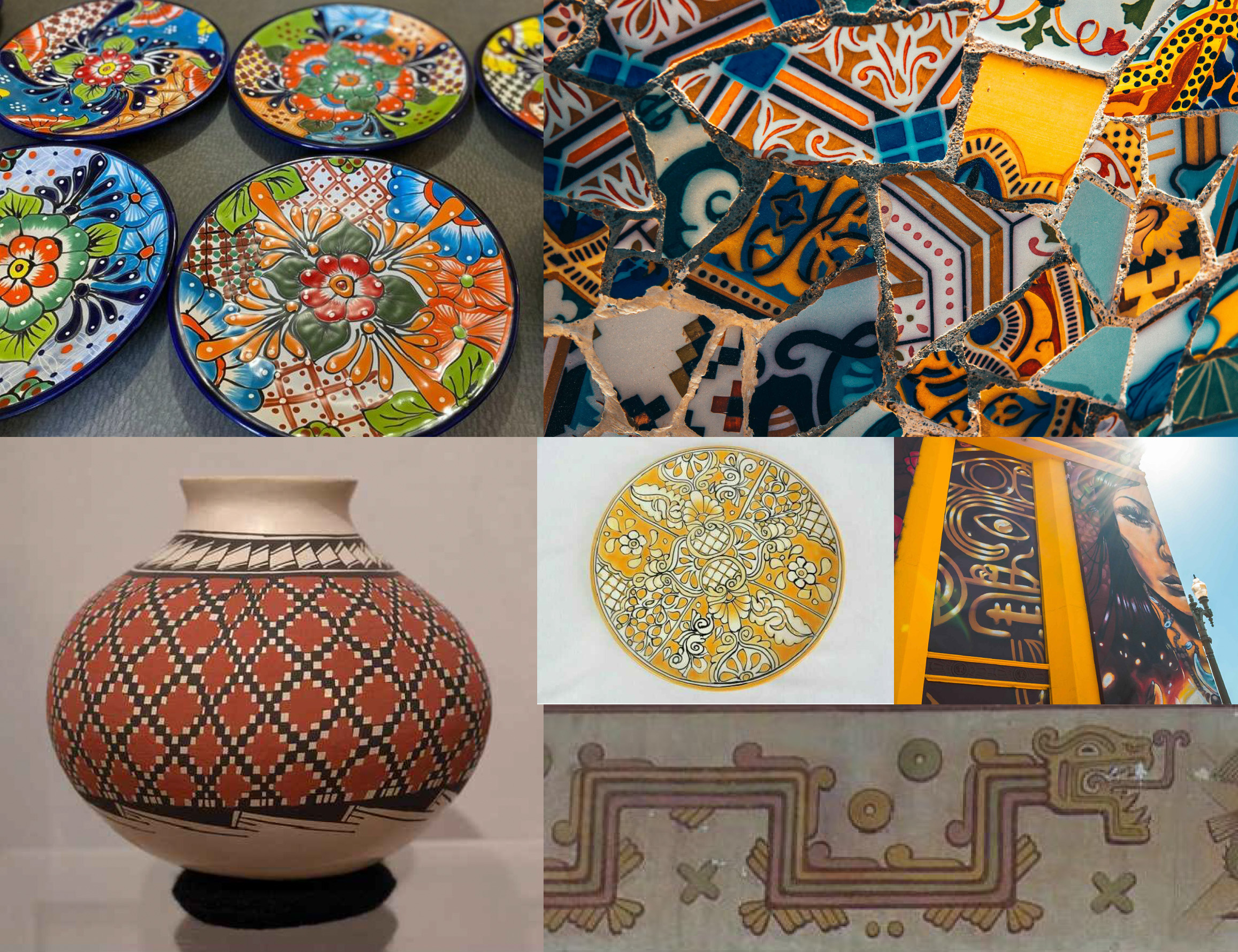 Design inspiration for the decorative panels at Villa Fruitvale at 3751 International Boulevard, rendering by KTGY

The facade will be three distinct colors plastered with stucco accented with decorative panels. Villa Fruitvale. These panels were derived from KTGY’s research in the area’s cultural scene, inspired by the arts. The following is taken from the project’s statement about the design inspiration:

The proposed design is inspired by the context of vibrant murals, mosaics, and pottery found in the Fruitvale neighborhood and Latin American Culture. The proposed building concept is based on a simple form that is carved to reveal bold accents. These moments of decorative panel contrast with the raw, earth tone color of the main building facade. 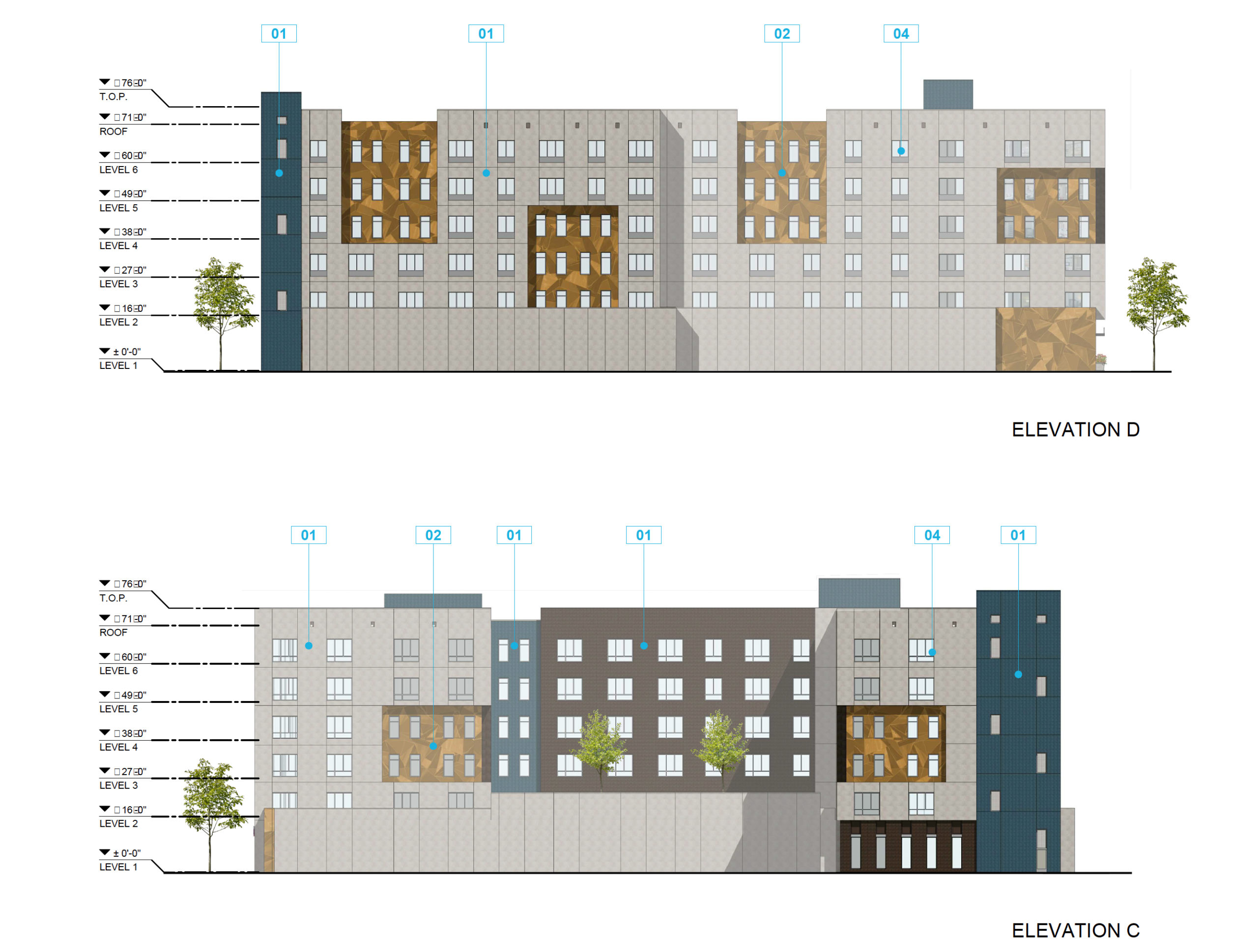 Oakbrook was founded in 2014 with a mission to provide affordable housing to address the region’s housing crisis. According to the developer, the project is also being designed for two distinct groups. Half of the units, studios, and one-bedroom units will be designed “to accommodate single Youth and Youth who are custodial parents.” The other half of units, ranging from studios to three-bedrooms, will be for workforce families of all sizes. 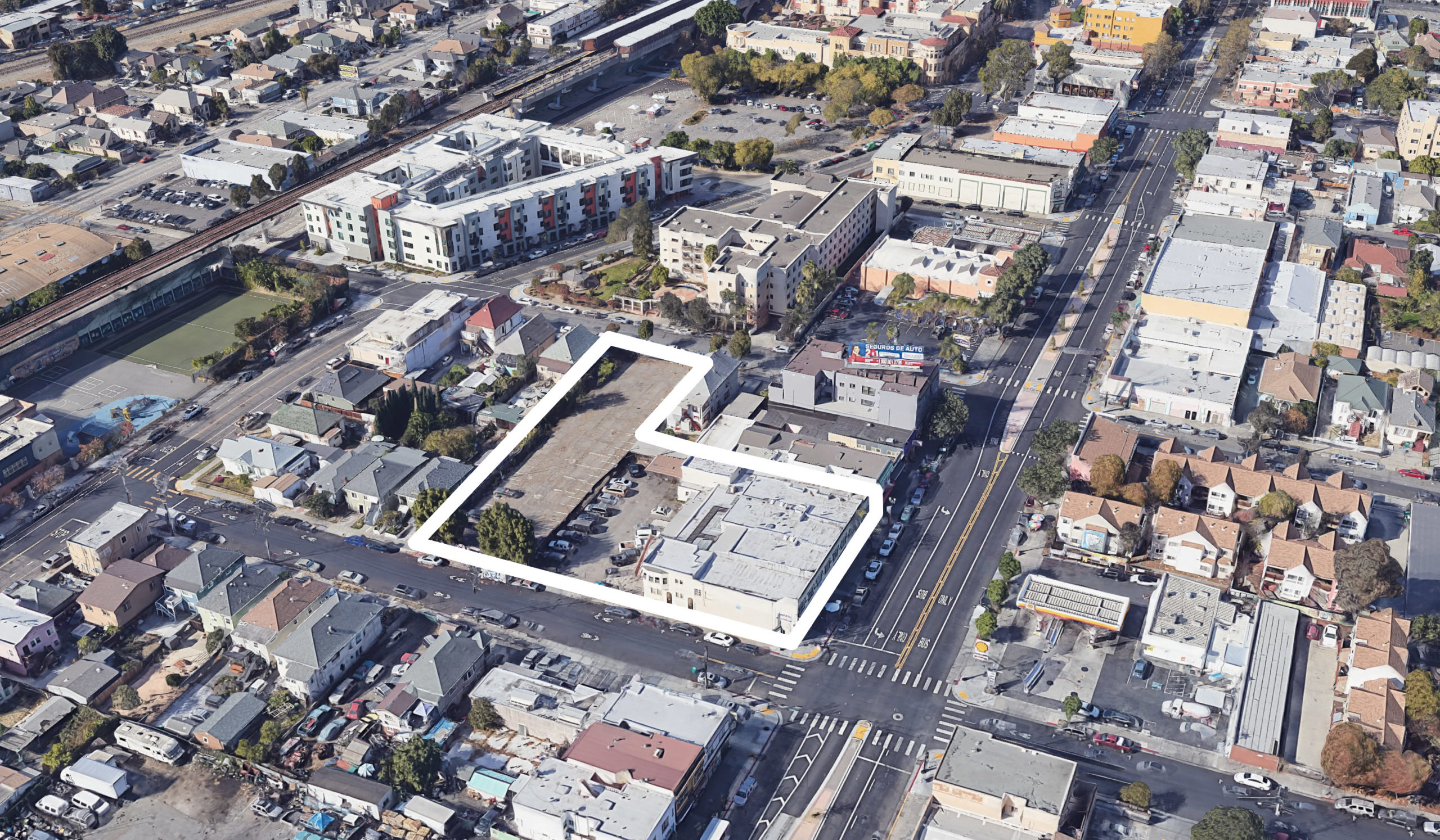 Parking will be included for 72 vehicles and 143 bicycles in the 23,200 square foot ground-level garage. The property is bound by International Boulevard, 37th Avenue, and 38th Avenue. International Boulevard is a major transit artery for the city, with AC Transit running a relatively-new Bus Rapid Transit stop at 39th Avenue. Regional transit is also east, with the Fruitvale BART Station just eight minutes away on foot.