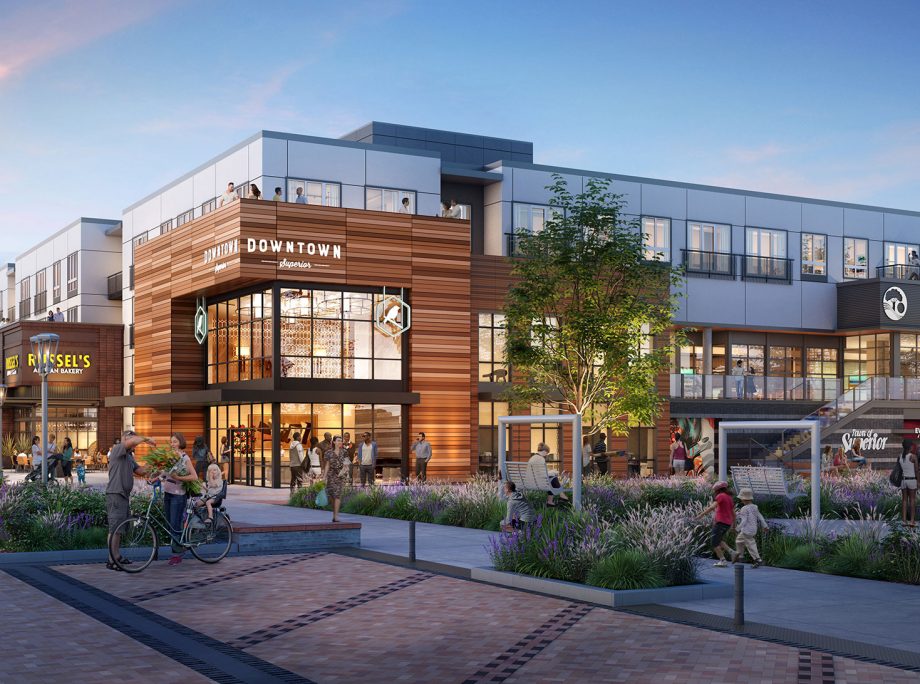 To allow time for staff and developers to talk, the board pushed the vote out till Tuesday 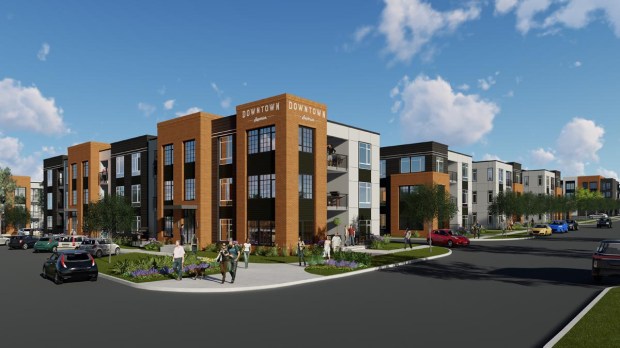 The Superior Planning Commission on Tuesday will continue discussion about a new Downtown Superior project.

Commissioners held a special meeting Oct. 29 to discuss a project that could be built along the Main Street stretch of Downtown Superior.

The project, by Morgan Holdings, LLC and Ranch Capital LLC — the developer of Downtown Superior — could bring 73,000 square feet of commercial and 7,500 square feet of civic space, a 1.46-acre pedestrian promenade and downtown plaza, 382 apartment units and 64 rowhomes to the area.

The zone district plan for Downtown Superior, formerly the Superior Town Center, dates back to October 2012. It allows up to 1,400 dwelling units, 444,600 square feet of commercial/retail space, 373,000 square feet of office space and 500 hotel rooms.

Currently, the town has approved 565 residential units, and has an application under review for 25 single-family homes.

During the meeting on Tuesday, the commissioners agreed there was too much to digest in one evening and asked the applicants to return to continue the discussion.

One concern of town staff and commissioners regarded a live/work portion of the project.

“We prefer it to be 100% commercial in that space,” said Bill Jencks, vice president of real estate at Ranch Capital. “The live/work option is only if we can’t find anyone to lease it.”

Town planner Stephen Williams said that needs to be discussed.

“I don’t have an issue with this as a fall back option, but I also do at the scale being proposed,” Williams said. “We did not envision the ground floor of Downtown to be offices.  It’s just such a varied perspective. You either have 73,000 square feet of commercial or you have 30. I don’t understand why it’s one extreme or the other, why it’s not something in between. That’s where we haven’t any dialogue yet.”

Planning Commission’s Attorney Dan Harvey said he has questions regarding the contingency aspect of the live/work portion.

“How that would be enforceable, and how we would work that into the application?” Harvey asked. “I think, functionally, the applicant would have to pick one or the other.”

He said he would look into the matter and return to the board with answers.

The commissioners said they felt the application before them was “half baked.”

“There are a lot of things missing from these plans. I don’t want to pass this on to the board,” said Chairperson Bob McCool.

Commissioner Anthony Stewart said he agreed and said he would like more time before voting.

The Planning Commission is scheduled to meet 6 p.m. Tuesday.

The report from the special meeting can be found at bit.ly/2C1FQ29.