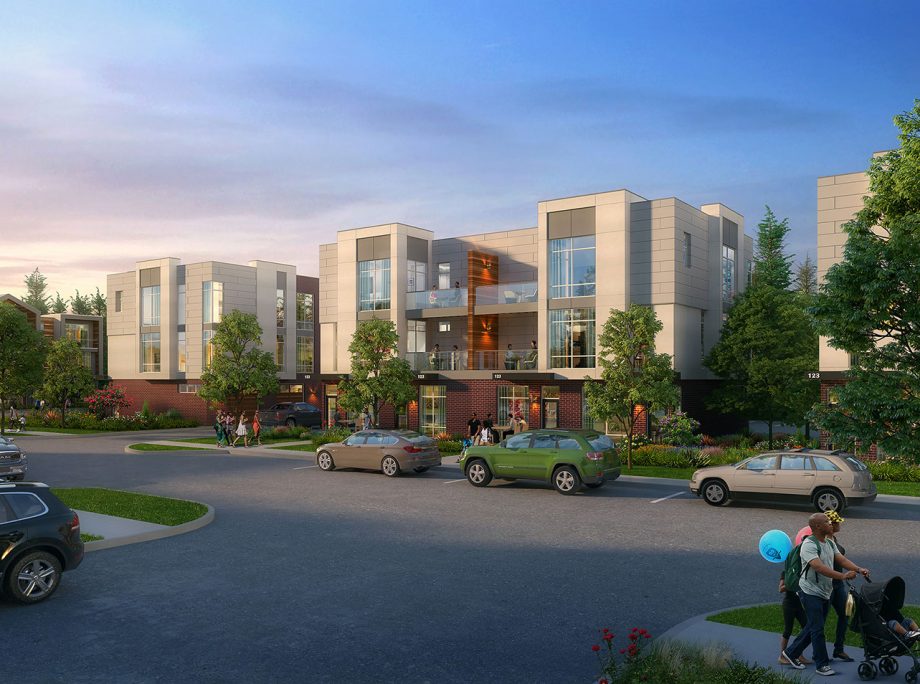 Titletown Development LLC, the Green Bay Packers’ real estate development arm, announced it will erect 220 residences (for rent and purchase) and a new commercial office building for the emerging year-round, mixed-use community, just a block from the stadium. This fan village is generating enthusiasm among the Packers franchise, fans, commercial tenants and tourists.

The Titletown District basks in the western shadow of Lambeau Field as a vibrant, 45-acre entertainment, dining, retail, commercial and residential hub in Ashwaubenon, Wisconsin. Designed in industrial brick and steel, woods, and a natural color palette, Titletown pays homage to greater Green Bay’s burgeoning future, its industrial past, and the natural wonders of northeastern Wisconsin.

“Titletown thus far has exceeded our expectations and we’re excited to add the residential component and office building to the development, and to the region,” says Packers CEO Mark Murphy. “We’re looking forward to continuing to create a special place for residents, community members and visitors, and this next step in the development will elevate Titletown to a place many will call home.”

Along Brookwood Drive, residences will include up to 150 rental units ranging from studios to three-bedroom apartments. The remaining 70-90 residences will feature a mix of townhouses in three styles for sale. The residences are being developed by Titletown Development in conjunction with GK Titletown Developers, LLC (a joint venture between Glimcher Capital Group and Kaufman Development). The apartment units are being designed by Seattle-based NBBJ. Townhomes will be designed by KTGY Architecture + Planning.

The office building (by De Pere, Wisconsin-based architectural firm Performa) will be built along Lombardi Avenue and Marlee Lane, comprising four-to-five stories and approximately 130,000 square feet of premium space. Commercial Horizons, also headquartered in Wisconsin, will be an investor in the development and the designer of the office building, which will house up to 400 workers.

Simultaneous construction for the residences and office complex begin in spring 2019, with Titletown residences taking reservations during this football season. Completion of the initial residences and the full office building is expected by summer 2020.

The Packers are a testament to the NFL’s strength, as one of the league’s original teams and winningest franchises in the smallest market. Established in 1919, Green Bay remains the NFL’s only community-owned NFL franchise with a rabid fan base (360,000 shareholders), competent management, legendary coaches (Curly Lambeau, Vince Lombardi and Mike McCarthy) and three of the NFL’s all-time great quarterbacks (Bart Starr, Brett Favre and Rodgers)—ensuring its long-term success.

The Packers have won an NFL-record 13 championships (including four Super Bowls), and boast 25 players enshrined in the Pro Football Hall of Fame. Lambeau Field is the longest-tenured stadium in the NFL, and a venerated football destination among diehard sports fans.

“The passion of the people of Green Bay and the Packers organization as a whole is inspiring,” says Kaufman CEO and Founder Brett Kaufman.“We’re grateful for the opportunity to create beautiful homes within a community that harnesses this type of spirit and character.”

Now these owner-fans will have the option to “live, work and play” at Lambeau Field’s doorstep, cheering for a proud team and the greatest quarterback the NFL has ever witnessed. If there’s any doubt, check out highlights from the last decade. Or ask the Dallas Cowboys…or New York Giants….or Chicago Bears….or San Francisco 49ers…