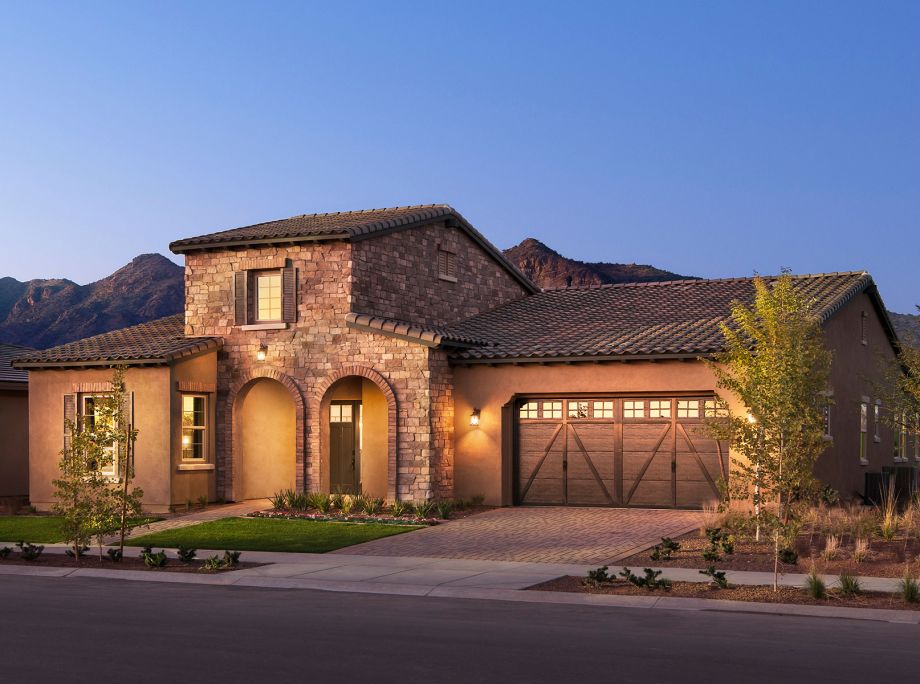 Victory at Verrado – Forget Sun City, Meet the Retirement Community of the Future

Today is National Senior Citizens Day, on which we celebrate our grandparents, our parents, and, for the 45 million-odd of us over 65, ourselves. That number will be 84 million by 2050.

So where are the members of the Silver Tsunami going to live, especially when some 90% of seniors want to age in place?

Scottsdale-based DMB Associates hopes they’ll skip the Sun City version of retirement—an age-segregated community, cut off from the rest of the world—and instead flock to Victory at Verrado, “an age-qualified neighborhood within a vibrant small town” in Buckeye, AZ.

Verrado is a planned community with a Main Street and shops and homes that range from affordable to luxury, condos to single-family. Last year, DMB broke ground on Victory, a 3,500-home, 55-plus neighborhood on 1,200 acres, which will be grafted onto, and integrated into, Verrado.

Developers say Victory “is redefining a residential community for baby boomers who want to keep running, learning, advancing in their career, having fun, and engaging with neighbors.”

DMB spent a long time polling boomers on what they’re looking for in a community. “The idea of age isolation is dead,” proclaims Nick Taratsas, general manager of Victory and senior vice president of DMB.

“Everything that we used to know about older adults is either antiquated or disconnected with the psychology of the baby boomers,” he adds.

Instead of shuffleboard and bingo, Victory has a focus on fitness, with planned hiking trails (or, as they say, “the nation’s first name-brand trail system“). There’s a vineyard and olive grove. There’s even a “chef’s garden” with a cooking school.

And then there are the homes. They look a lot like other homes in Verrado, but Victory homes are filled with universal design features, which make a home accessible and easy to navigate, regardless of age or ability. You’ll see open floor plans, curbless showers, or kitchen cabinets at a height that works for people using wheelchairs.

Four different builders are designing homes for Victory, which start at 1,400 square feet and mid-$200,000.

Meanwhile, there’s some standard retirement community stuff, too: golf and a spa and a wall of flat-screen TVs, Pilates and art classes and pools and sport courts and restaurants. If you do want to continue that old-fashioned model of retirement—the golfing and relaxing and writing your memoirs version—you can do that here, too.