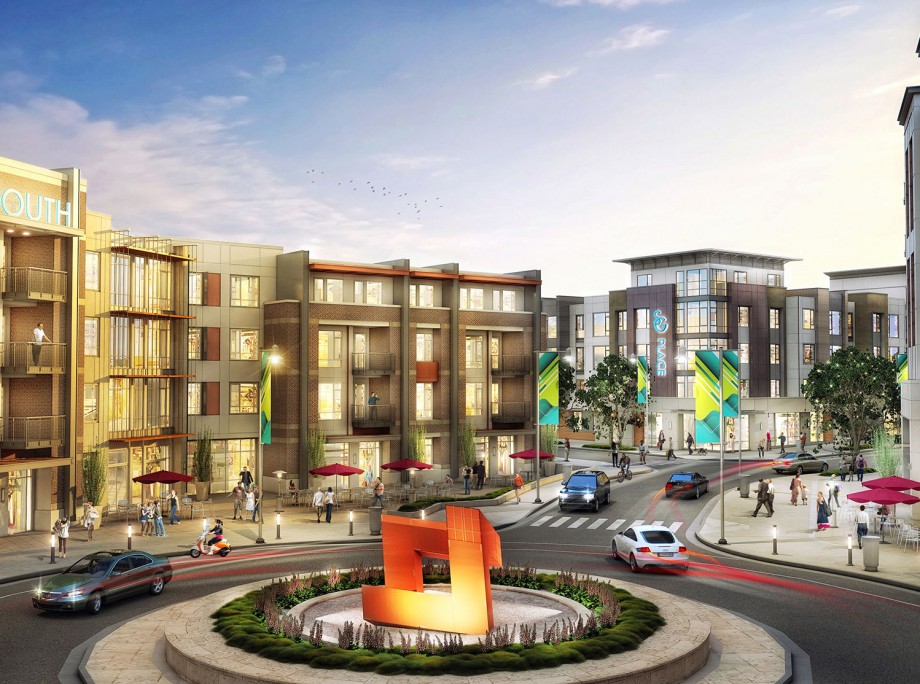 ROCKVILLE, MD—In case you hadn’t heard, Westside at Shady Grove Metro is almost ready to open its doors to its first residents. As it preps for that, it is taking care of other business too.  By that I mean, its developers, the Bozzuto Group and EYA, have announced in recent days that they have secured financing and selected a leasing partner.

Namely, equity is being provided Carlyle Realty Partners and the developers through a JV, and Citizens Bank is providing the debt. HFF arranged the JV and arranged the debt placement. Last week EYA and Bozzuto Group announced that KLNB’s Ben Becker and Matt Skalet will be leading the retail leasing efforts.

Meanwhile, the first wave of residential move-ins is expected in the first quarter of 2016. EYA began building the project’s 407 townhomes in May.

The retail will be on the ground floor of the two residential buildings, with the first delivering in the summer of 2017. Construction on the second building will start before the first building is delivered.

The 45-acre project is being built, as the name suggests, at the Shady Grove Metro Station; specifically at the Shady Grove Road entrance ramp to the Intercounty Connector. It has been carved out the 90-acre County Service Park, making it, as CEO Toby Bozzuto said in a prepared statement “the centerpiece of Montgomery County’s Smart Growth Initiative”. Besides the affordable housing component, the community will benefit from the project’s green spaces, library, an elementary school and a mix of retail offerings, he also said.

The project will target a mini anchor, upscale and quick service restaurants, a coffee shop, and fitness studios, according to McLean Quinn, EYA Vice President of Land Acquisition and Development.

The project architect is KTGY with interior design by Forrest Perkins.

Phase one of the project, now underway, is a multifamily building with 333 apartments, 27 of which will be Workforce housing and 50 of which will be Moderately Price Dwelling Units. There will also be 17,000 square feet of retail space, and a four-story, 473-space parking garage.