A look at the demand for Chicago condos.

Chicago—KTGY’s new Chicago/Midwest office was the setting for a recent “Cocktails and Condos” open house. The presentation on Chicago’s condo scene, by Lance Ramella of John Burns Real Estate Consulting, asked the probing question, “Is for-sale multifamily making a comeback?”

The principals of KTGY Chicago’s office, Craig R. Pryde and David M. Kennedy, have 25 years of designing experience in the Chicago market. They are in touch with KTGY offices on both coasts, are able to provide local, regional and national perspectives on broader design trends, such as the expected return of demand for for-sale multifamily housing.

“There is still a lot of interest in living in dense communities,” Kennedy told MHN. “People like me want to get out of the suburbs. There is a demand for larger condos of two to three bedrooms, a decent amount of space and parking. The amenities don’t have to be that extensive. These buyers say, ‘I don’t need a gym because I’m a member of the East Bank Club.’”

While the demand in the Chicago condo market is for larger units with fewer amenities, the demand on the rental side of the equation is for smaller units with greater amenities, he added. “The other issue with condos is it is easier to finance a rental building,” Kennedy said. “On the condo side you need to build smaller buildings. They are harder to finance because banks want 50 percent of units pre-sold before the construction loan kicks in.”

Presentation attendee Greg J. Horejs, vice president of civil engineering firm Manhard Consulting, was on board with the notion of the imminent comeback of condominiums. “I think it’s inevitable,” he said. “As you see apartment rents continue to rise, it’s just a matter of time. The delivery of for-rent properties doesn’t appear to be slowing down, so the scale will tip in the next couple years.”

One of the major themes of Ramella’s presentation concerned the “birth bubble” of Americans born between the late 1970s and 1985, who are in the 30-to-35- year-old age range today.

Keeping these individuals renters today is a confluence of factors, including the lack of affordable for-sale housing, their burden of student loan debt and the Great Recession’s “aftershock,” said Ramella, senior vice president of the consulting group for Warrenville, Ill.-based John Burns Real Estate Consulting.

“They saw what their parents went through and don’t attach the same value to home ownership,” he noted.

However, this age cohort will eventually have children and pay off their student loans, Ramella noted. “When rents get so costly it makes more sense to buy, they will buy,” and will buy in the suburbs, he said. He believes what he called “surbans”—the dense, highly walkable downtown districts of suburban municipalities—will be highly sought by these former urban dwellers.

Noted Ramella: “One reason suburban downtowns are so important is that the people who will move to the suburbs will want to be in an urban-like environment with access to public transportation, but well-established, good school systems.” 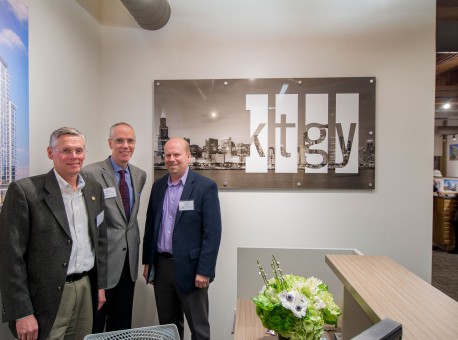