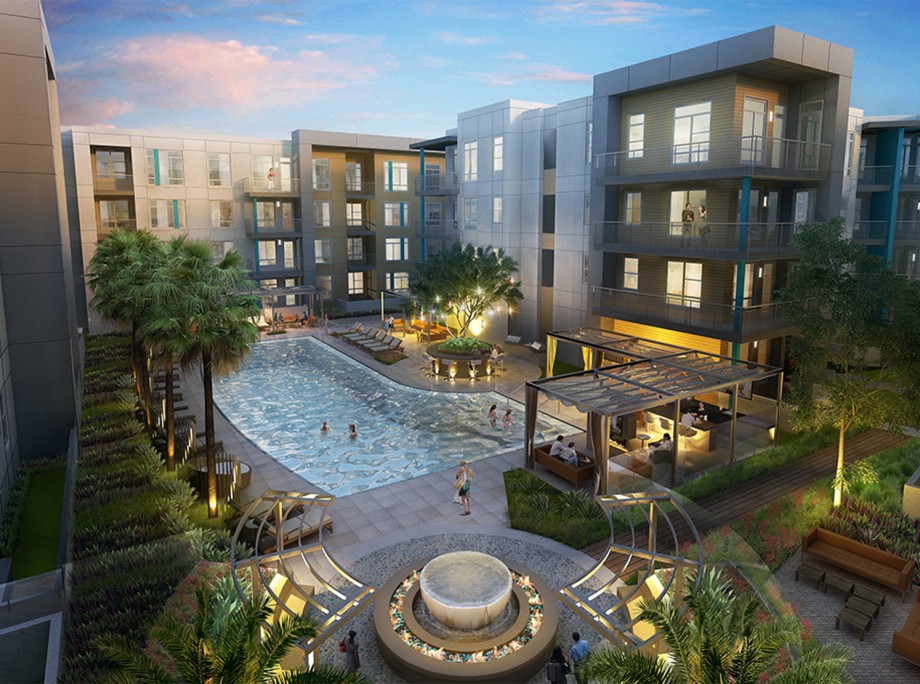 Apartments lacked tenants. The mall lacked shoppers. Some of the land lacked buildings.

“It was dead,” said Orange Councilman Mike Alvarez of the area that, a generation ago, had just changed its name from The City Shopping Center to The Block.

“It was just kind of nondescript,” he added. “That’s why it didn’t do very well.”

A lot has changed. Today the shopping zone of Uptown Orange is called The Outlets at Orange, and the broader area is an entertainment and residential destination viewed by city leaders and others as the epicenter of growth in Orange.

Whether that is or isn’t true, the area certainly is a hub of change.

A 105,000-square-foot expansion of the shopping area is on the way, adding a Bloomingdale’s Outlet and other new stores to what by year’s end will be as many as 132 stores and restaurants. At least four new apartment buildings are coming too, bringing the total to more than 1,100 units within a square mile of the mall. A hotel is in the works; same for a senior center.

“Someone can live, work and play all within the same place,” said Orange City Manager Rick Otto said of area that mixes housing, retail and office space.

“That is really attractive to people.”

Similar downtowns are popping up around other malls in Orange County.

Near The Spectrum in Irvine, the Irvine Co. is opening new office buildings within walking distance of an apartment district that already houses several thousand people. Office, shopping and residential development exist near malls in Huntington Beach and Brea; another is in the works at Laguna Hills Mall.

That urban vibe is key to the revitalization of Uptown Orange, a district that includes The Outlets, UCI Medical Center and the Orange County Superior Court complex.

Otto said the area has been zoned to become a downtown for years, but the concept is only now starting to flourish.

Longtime shoppers are paying attention. During a recent visit to The Outlets, former county resident Nancy Salazar said she’s “definitely noticed the difference over the past few years.”

Salazar said that since she moved away she’s become a once-a-month visitor to the county, to see family. And, when she’s back, she added, she regularly brings her family, including three children and her husband, to The Outlets.

“The quality of stores and the amount of entertainment is a big draw.”

The changes have registered financially.

Five years ago, The Block generated $1.6 million in sales taxes that went to the city of Orange. Over the past year, after the rebranding, the area generated $2.7 million, Otto said.

“We did a study probably 15 to 20 years ago now, where we identified this area, Uptown Orange, as the future of growth and residential in Orange,” Otto said.

Ken Ryan, a principal at KTGY Architecture + Planning, which designed the project, said the market for urban living in Orange County isn’t limited to single people or even young families.

“Younger people and aging baby boomers – are looking for a place they can live where they don’t have to get in the car and drive as much. Everything is in one spot.”

Alvarez, also a local real estate agent, said apartments near The Outlets are already near capacity, and predicts the new ones will fill up quickly.

“A lot of St. Joseph’s (hospital employees) and UCI employees who want to live in that part of town.”

As for the future?

Property values have risen in tandem with sales tax revenue. And Otto envisions the Uptown Orange area developing into something similar in scope to what he sees at The Spectrum and Los Angeles’ Century City.

“I don’t necessarily think this is cutting-edge,” he said. “I find it interesting that this mixed-use concept was developed 45 years ago and is just really taking shape now, here and in other places.”

Corrections
April 12, 2016 12:00 a.m.
KTGY Architecture + Planning designed the AMLI Uptown Orange apartment project. Because of a reporting error, KTGY’s role in the project was mischaracterized in an article on Page 1 of the News section in the April 9 edition of the Register.